You are in : All News > Cultured meat consumer survey reveals “patterns of greater openness” to cell-based protein in regular diets 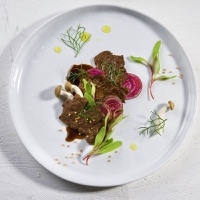 12 May 2021 --- The cultured meat market is poised to take off, evidenced by new research affirming that many consumers are willing to incorporate this novel food source into their regular diet. In the journal Foods, the analysis goes so far as to suggest that cell-based meat is likely to make up a “major part” of consumers’ future meals.

The study revealed “patterns of greater openness” to trying such products by younger generational groups: 87 to 89 percent of Gen Z adults, 84 to 85 percent of Millennials, 76 to 77 percent of Gen X, and 70 to 74 percent of Boomers were “at least somewhat” open to trying cultivated meat.

Speaking to FoodIngredientsFirst, Aleph Farms’ co-founder and CEO, Didier Toubia, discusses the findings of the report.

“Recent studies have identified solid markets for cultivated meat in many parts of the world, including in Asia, Europe and the US,” he remarks. “We’ve seen high acceptance rates from consumers in Germany and France, as well as in the US and UK with this specific study.”

“Also, consumers and governments around the world realize the role of cultivated meat as a cornerstone and growth engine for global national programs for food security, economic development and carbon-neutrality,” he continues.

“These national programs have the overall goal of providing global society with secure supplies of accessible, nutritious and safe foods, and to enable healthy livelihoods and high-labor productivity.”

Patterns of greater receptiveness to cell-based
Led by Dr. Keri Szejda, the researchers surveyed a large, representative sample of 2,018 US and 2,034 UK consumers, assessing indicators of adoption among the general population, and by generational segments. 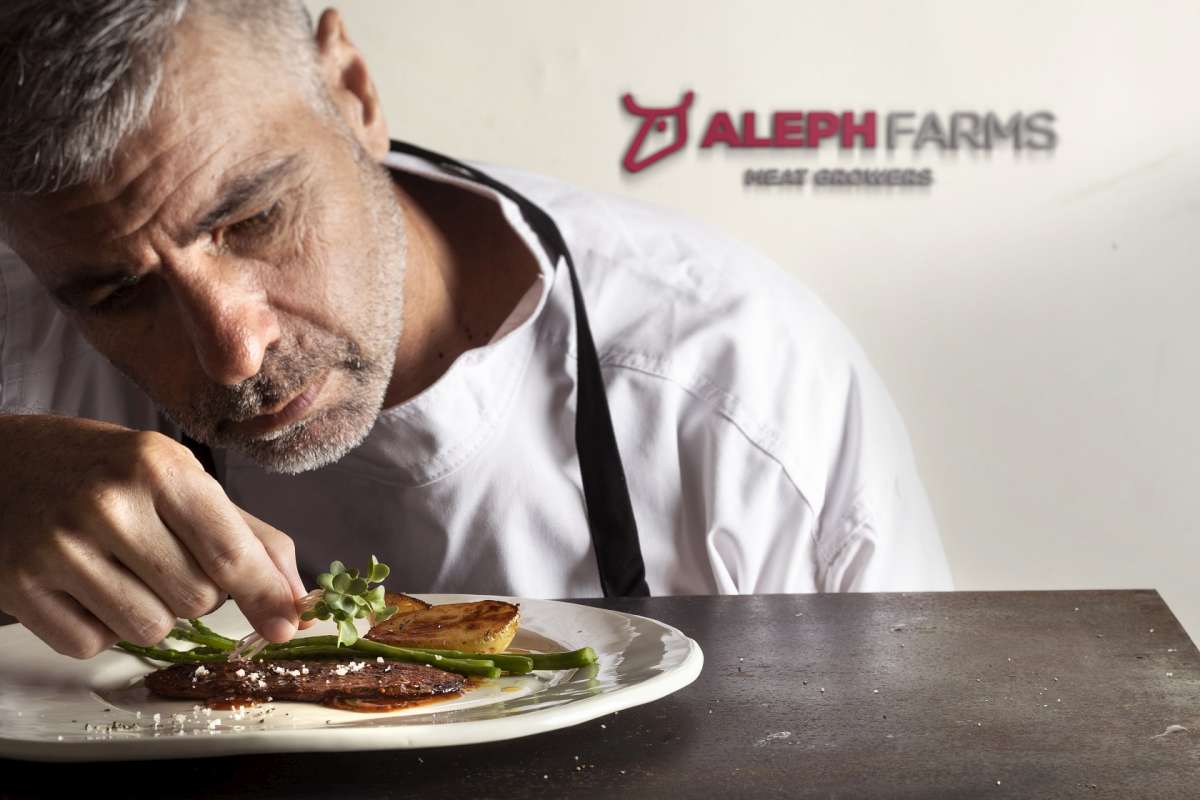 Cultivated meat is pegged as a growth engine for food security, economic development and carbon-neutrality. (Credit: Aleph Farms)The majority of consumers surveyed were not familiar with cultivated meat, yet upon being presented with a description of the innovation, they on average imagined that cultivated meat could make up about 40 percent of their future meat intake, with conventional meat constituting around 60 percent.

In particular, 40 percent of consumers were “very” or “extremely likely” to try cultivated meat in both the US and the UK. This group of enthusiastic consumers was categorized as the “early majority” group.

Meanwhile, 98 to 99 percent of the early majority group said they would consider “welcoming it as a regular item” in their shopping basket.

These positive sentiments toward cultured meat were mirrored in Germany and France, according to separate research also published in Foods, which hinted at similar trends across the broader European foodscape.

Overall, these findings come in line with a recent forecast by Boston Consulting Group (BCG) and Blue Horizon Corporation, which indicates that consumption of animal-based produce in the US and Europe could be on its way down after hitting a “peak meat” apex in 2025.

Working hand-in-hand with regulators
Even while the incipient consumer demand for cultured meat is evidenced, it may be some time before supermarket aisles clear a path for the novel food product. The slaughter-free market is still at its grassroots as industry’s growing body of cellular agriculture specialists and suppliers await the regulatory greenlight.

“We see the regulator as a partner to build trust with the consumers,” says Toubia. “This is a learning process for both cultivated meat manufacturing brands and individual regulatory agencies.”

“Each case – product and production process – goes through the different framework and regulatory pathways formalized by a specific country or region. In the European Union for example, the regulation will fall under the EU Novel Food Regulations,” he explains.

“This authorization process can relatively be longer, compared with other regulatory pathways. Nevertheless, Aleph Farms is developing all manufacturing quality assurance and control protocols to comply with these procedures, whether required or not.” 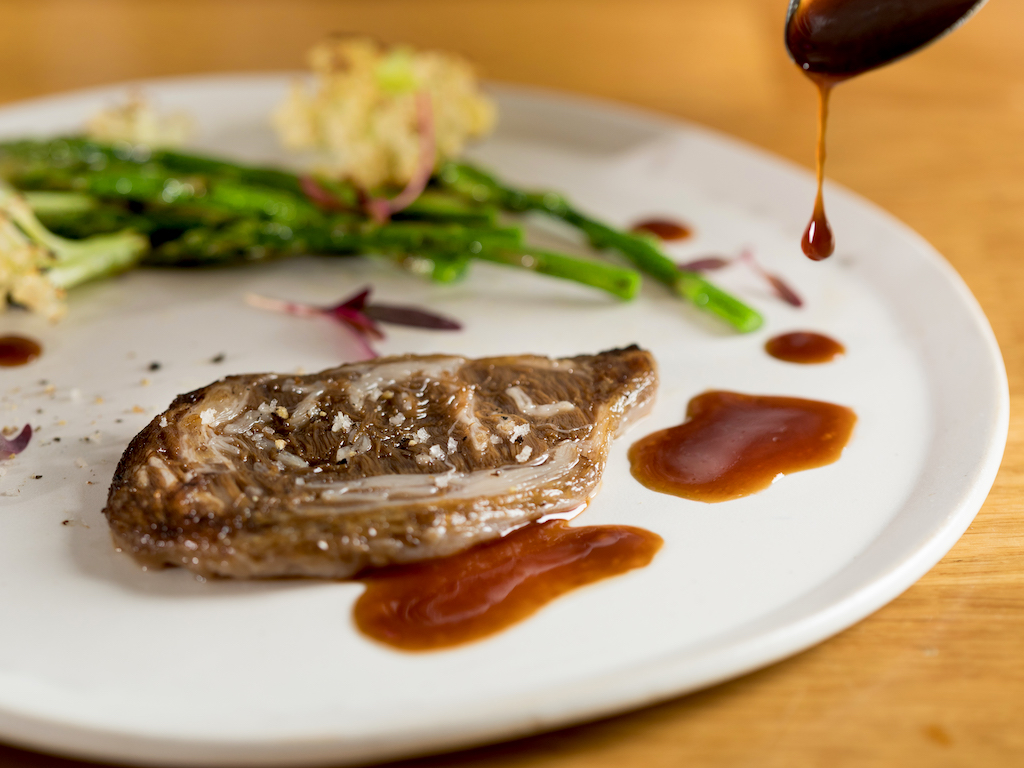 Cell-based sector forges partnerships
One of the big challenges of cultivated meat is the ability to produce large quantities efficiently at a cost that is in line with the meat industry, remarks Toubia. “Overall, Aleph has developed the conditions enabling economic viability and cost-parity with conventional meat in large-scale production.”

“We are working hand-in-hand with the existing meat and food industries through an inclusive business model with local partners, offering a new way of producing meat as an extension line to their core business. This supports a smooth integration of cultivated meat into the market,” he adds.

“This will not only bring production closer to the consumer and cut food miles, representing the vision for local food systems and resilient communities, but will leverage local supply chains and improve resilience, promoting food security and sustainability of operations.”

Aleph Farms – which completed its first slaughter-free meat experiment onboard the International Space Station – recently inked a new deal with global meat heavyweight BRF to bring cell-based steaks to the meat-loving Brazillian market. This followed a partnership with Mitsubishi to scale up these products in Japan, famous for its wagyu beef.

The company is planning to launch its product, the thin-cut beef steak, in 2022, first in food service restaurants and followed by retail channels. Commercialization of this product edged one step closer last November with the first phase of construction of its BioFarm getting underway.

Cell-based developments to watch out for
Looking ahead, the cultured meat arena continues to heat up with exciting developments across all major markets. In China, cellular agriculture is attracting the attention of broad coverage investors like Matrix Partners China, which backed three alt-protein start-ups last year.

BlueNalu, which develops a variety of alt-seafood products directly from fish cells, recently teamed up with two key seafood providers in Asia – Thai Union and Mitsubishi – to accelerate a market development strategy for this new food type.

In further sustainability gains, cultivated meat that is produced using renewable energy has been forecasted as likely to compete on costs against conventional meat production in under ten years.