You are in : All News > Singapore grants “world’s first” approval for sale of Eat Just’s cultured meat 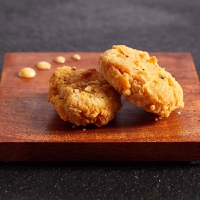 02 Dec 2020 --- Cultured chicken meat from Eat Just has been green-lighted for sale in Singapore as an ingredient in chicken bites. The island nation is the first to give the go-ahead to meat being grown in a lab. It follows a rigorous consultation and review process by the Singapore Food Agency (SFA).

This approval is anticipated to be the “first of many” for similar lab-grown meat businesses in Singapore and in countries around the globe. However, US and European approval of cultured meat could be some way off.

SFA’s approval further paves the way for a forthcoming small-scale commercial launch in Singapore of Eat Just’s new GOOD Meat brand. Details on this rollout will be disclosed at a later date.

At present, the company has developed other lab-grown chicken formats that will be an extension to this product line.

FoodIngredientsFirst reached out to Eat Just for further insights into the company’s road to commercialization.

Eating clean from a petri dish
Over the course of many months, Eat Just’s team of scientists, product developers and regulatory experts prepared extensive documentation on the characterization of its cultured chicken and the production process, the company notes.

The company included details on the purity, identity and stability of chicken cells during manufacturing, as well as a detailed description of its production process. This demonstrated that harvested cultured chicken met quality controls and Singapore’s rigorous food safety monitoring system. 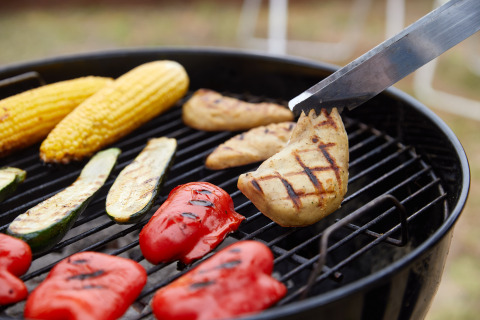 Eat Just has demonstrated a consistent manufacturing process of its cultured chicken by running over 20 production runs in 1,200 L bioreactors. No antibiotics are used in this proprietary process.

In addition, Eat Just’s cultured chicken was confirmed to be safe and nutritious for human consumption by an outside panel of international scientific authorities in Singapore and the US, with expertise in medicine, toxicology, allergenicity, cell biology and food safety.

Concurrent to the consultation and review period, Eat Just formed strategic partnerships with local manufacturers in Singapore to produce cultured chicken cells and formulate the finished product ahead of its first sale to a restaurant and initial availability to consumers.

A hub for cellular agriculture
Today’s announcement is Eat Just’s second in Singapore this year. In October, the company announced a partnership with a consortium led by Proterra Investment Partners Asia, an investment management firm focused on the food and agribusiness sectors.

Through this partnership, the company will build and operate a plant protein production facility in Singapore to meet demand for Eat Just’s plant-based JUST Egg products across Asia.

“Singapore has long been a leader in innovation of all kinds, from information technology to biologics to now leading the world in building a healthier, safer food system,” says Josh Tetrick, co-founder and CEO of Eat Just.

The “garden city” has been leading the charge in Asia’s alternative protein development. This year, Singaporean cellular agriculture player Shiok Meats announced its US$12.6 million Series A funding round for the scaling up of cell-based shrimp meat.

Just yesterday, we reported how a new project aims to remove the need for animal-derived products completely and instead upcycle existing agro-industrial by-products to be used as a growth media for culturing meat cells in a lab environment.

UK-based CPI technology innovation center is partnering with 3D Bio-Tissues (3DBT) – a spin-out of Newcastle University – to develop a new kind of improved growth media, one that is “truly animal-free.”

Growing meat to save the planet
Meat production has risen dramatically, and by 2050, consumption is projected to increase over 70 percent, flags Eat Just. The company stresses that major public health crises in the past have been linked to patterns of conventional meat consumption.

Within this context, cultured meat’s role in creating a safer, more secure global food supply has been increasingly highlighted. The last year has seen a steady rise in the application of animal cell culture technology toward the development of food products.

Yet many current methods of producing cultured meat are still expensive – producing low yields and involving the use of animal-derived fetal bovine serum.

Among developments in this dynamic space, Israeli start-up is heading toward transferring its thin-cut, lab-grown beef steaks into a proprietary platform suitable for mass cultivation. In a recent interview with FoodIngredientsFirst, Didier Toubia, Aleph Farm’s co-founder and CEO, detailed the company’s latest ambitions to supply cultivated meat for deep-space explorations.

Meanwhile, recent analysis has indicated substantial potential markets for cultured meat and the general movement toward reduced-meat diets across the globe, particularly in Germany and France. The wider European market is expected to demonstrate similar trends into the coming years.