You are in : All News > Biofach 2020: Algae-based pastas, meat analogs and energy shots make waves 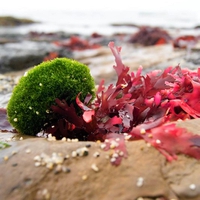 18 Feb 2020 --- Algae has taken on a starring role in product development in recent years, particularly in plant-based and flavor-boosting applications. FoodIngredientsFirst spoke to German producer Viva Maris, at recently culminated Biofach 2020 (February 12 to 15) in Nuremberg, Germany, about integrating the functionalities of organic algae in a broad range of nutritional foods that tap into consumer’s natural associations between algae and health.

“We source different types of algaes from across the seas, up to the polar region where there is clear water. There are around 40,000 different types of algae. We have around eight or ten in this booth, which are available in different variations – spices, sauces, pasta and an energy drink replacement, to name a few,” said Dominic Skowronek, Marketeer of Viva Maris.

Marketed as a replacement for energy drinks, Viva Maris’ Bio Shots are infused with the nutrient-rich chlorella algae, which is rich in vitamin B12, along with other vitamins, minerals, essential fatty acids, amino acids and a high chlorophyll content. Free from artificial flavors, sweeteners and industrial sugar, the energy shots come in chili, turmeric, wheatgrass and ginseng varieties. 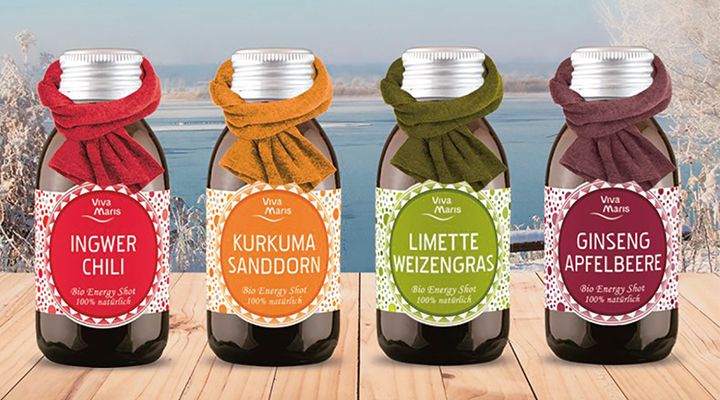 Bio Shots by Viva Maris.“Algae is a very nutritious kind of plant. In addition to its many vitamins, it also contains iodine. This can be a problem for the European market because there are more consumers here intolerant to high levels of iodine. In Asia, the issue is not as severe because algae consumption is much higher in diets in this region. We take steps to reduce the iodine content in our products. We source types of algae that contain very low levels of iodine. These sweetwater plants can be significantly lower in iodine than saltwater plants,” explained Skowronek.

In addition to its newly debuted Bio Shots, Viva Maris specializes in a plant-based range of popular German meats like bratwurst, currywurst and wienerwurst that contain the Nordic seaweed Saccharina Latissima (sugar kelp) as a spotlighted ingredient. The algae sausage alternatives are based on peas and potatoes, and are free from soy, gluten, lactose, palm oil and artificial flavors.

Innova Market Insights has pegged the “Plant-Based Revolution” as the number two trend for this year. The market researcher highlights a 59 percent average annual growth in food and beverage launches with a “plant-based” claim (Global, CAGR 2014 to 2019).

Within the vegan meat space, the market researcher’s 2018 consumer survey showed one in five US consumers “have eaten less meat across the past year.” Meat substitutes accounted for 14 percent of global meat launches in the first nine months of 2018, up from six percent in 2013. 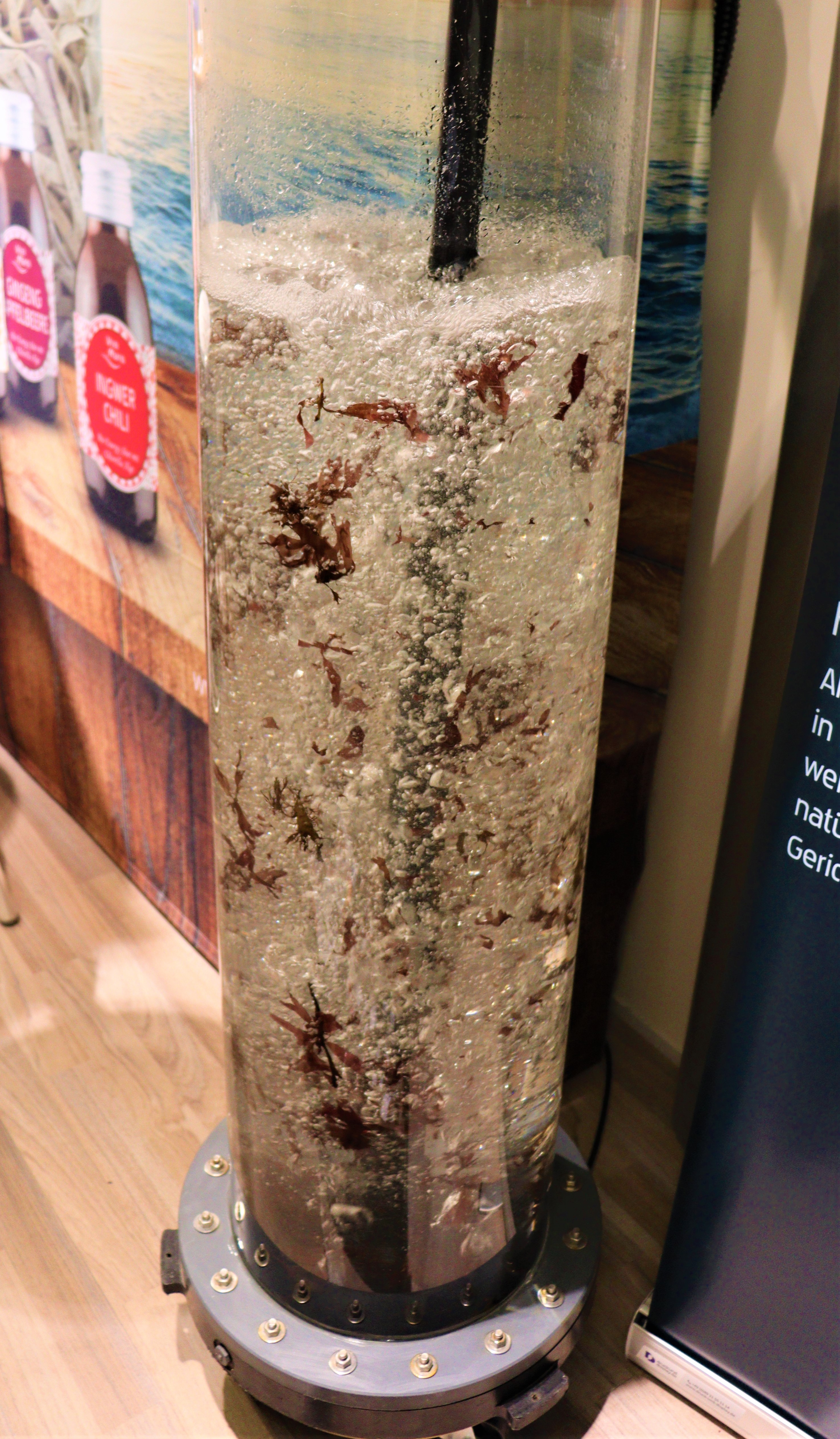 Algae on display at the Viva Maris booth at Biofach 2020.Open water harvesting
When asked about the non-organic production of algae, Skowronek responded, “Basically, there are aquacultures on land where algae is grown in lab conditions. There are also different producers who try out different formulas to make the algae grow faster and healthier, which would be non-organic. We source real algae from the Nordic seas and do not use land cultivation practices.”

Speaking on the topic of microplastic contamination in ocean-sourced food, Skowronek explained, “It can be an issue. We harvest from clear waters in the northern polar region. Here there are no cruise ships passing or shoreline populations, so there is little risk of trash being left in the water.”

“However, if ocean pollution rises, microplastic contamination may become a problem. We have conducted different tests of water quality and the quality of our products. As of this moment, we don’t have problems with microplastics,” he added.

“We expect demand for algae to rise very quickly in the next years to come. We have a lot of documentaries on German television about it. Next to insects, it is among the most forward looking products, in our opinion,” he concluded.

Appetite for algae-based products
Trending shades of color blue on the market has led to an increased demand for algae ingredients, such as spirulina, in particular. Spirulina is a blue-green algae, valued for its coloring and nutritional properties and is widely and safely consumed globally. Tapping into this trend, GNT has developed a new range of blue powders derived from spirulina with a significantly high color intensity.

“Spirulina is in high demand and it is proving very difficult to keep up with supply and demand,” noted Stefan Lander, Vice President COG for pigments supplier Omya International, at the recent Fi Europe 2019.

Adjunctly, the umami taste from algae extracts is being leveraged to impart an authentic seafood flavor in products. This formula is utilized by plant-based seafood manufacturers like Good Catch, which integrates the ingredient in its proprietary six-legume blend (peas, chickpeas, lentils, soy, fava beans and navy beans).

On the market, sea plants have been gaining traction as a natural salt replacements and versatile flavor enhancers. In addition, food manufacturers and brands are seeking ways to put more algae and seaweed on-pack, as consumers are increasingly attracted to the associated health halo of these ingredients.