You are in : All News > Cell-based pioneer Aleph Farms is gearing up for global commercialization with pilot facility, CEO shares

18 Feb 2022 --- Aleph Farms has moved into its new 65,000 square foot facility, signaling new momentum for commercialized cell-based meat. Speaking to FoodIngredientsFirst, CEO Didier Toubia details that the move goes beyond expanding the company’s footprint, as preparations are in motion for a busy year leading up the entry of thicker-cut cultivated steak on the global market.

Aleph Farms’ pilot facility is geared to be fully operational by this summer, ahead of its initial market launch around the end of 2022, pending regulatory approval. Its overarching plan is to eventually transition to larger-scale production facilities, which will be built sometime between 2022 to 2024.

“We are developing our 3D bioprinting platform for thicker and fattier cuts of meat,” Toubia illustrates. “Our first product will be a thin-cut beef steak.” 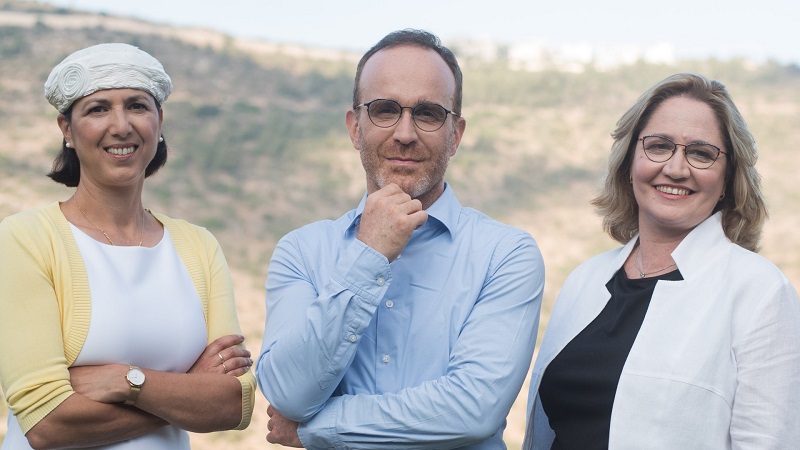 “Cultured chicken had its global debut in Asia, a region of the world that, while vulnerable to food insecurity and struggling with scarcity of natural resources, is also seeing increased meat consumption thanks to rising income, growing populations and increased urbanization.”

Recent research from Thai Union and Aleph Farms reveals that 74% of Singaporeans and 97% of Thais are willing to try cultivated meat, Toubia adds. “In Singapore, a key motivator for trying cultivated meat is the environmental benefits, while in Thailand, diners favor the ability to trace the meat’s origins.”

The site is located near Aleph Farm’s current office in the city of Rehovot, Israel’s biotech hub. In Israel alone, the company has nearly doubled its team over the last year.

Aleph Farms is currently preparing a watershed space mission for its space program, Aleph Zero (Credit: Aleph Farms).As the company transitions to its pilot production facility – one touted as housing “some of the most advanced technologies in cellular agriculture” – Aleph Farms edges toward regulatory approval for its first, thin-cut beef steak.

“Our new facility enables us to scale our production capabilities and launch limited quantities of our steak around the end of the year, pending regulatory approval. We’ve worked hard to get here, and it is exciting to see the infrastructure that will help bring our vision to life,” remarks Eyal Rivlin, VP of production and operations at Aleph Farms.

The building design of Aleph Farms’ new facility earned a silver-level certification under the Leadership in Energy and Environmental Design system, which is a green building certification scheme.

Moreover, the launch of this facility lays the foundation for Aleph Farms’ new department called Aleph Frontiers, dubbed an “incubator of innovation” that will serve as a pipeline for new products. It also serves to validate new concepts for product development.

Uniformity in future labeling is key
Labeling plays an important role in responsible consumption, Toubia emphasizes. “Incorporating a standardized rating for sustainability on package labels can help to educate and promote transparency and trust between food systems and their consumers.”

Last August, a Rutgers study confirmed “cell-based” and “cell-cultured” work best for alt-seafood labeling. These terms were evaluated against the benchmarks of distinguishability, the potential to signal allergens, and the ability to convey a sense of safety and nutrition.

“We think that an accurate term would be ‘cultivated’ [meat], as it best describes the process and the final product, creating a clear comprehension of the concept of cultivated meat and therefore better acceptance by consumers,” comments Toubia.

Ensuring a “Just Transition”
Aleph Farms is seeing an active start to the New Year, as it currently prepares a watershed space mission for its space program, Aleph Zero. The company currently has Hollywood A-lister Leonardo DiCaprio as one of its key investors.

Aleph Farms has Hollywood A-lister Leonardo DiCaprio as one of its key investors (Credit: Aleph Farms).It has also launched a collaboration with Federation University Australia to better understand the role of cultivated meat in leading the livestock farming industry through what it calls a “Just Transition” into this new production method.

A “Just Transition” in animal agriculture must ensure real solutions to injustices in the system, the company underscores.

While lowering the overall climate footprint of food systems, Aleph Farms maintains that this transition must redress power imbalances strengthening gender justice, workers’ rights and ensuring social protection for those who would otherwise “lose out in the transition process.”

In a recent feature, FoodIngredientsFirst presented pioneering cell-based players with the question, “Can cell-based tech work alongside traditional farming?”

Cultured meat companies have a significant opportunity to collaborate with farmers at early stages of production, involving them in cell sourcing and cell feedstock supply chains. It is arguable that disruptive food technology can help rather than hurt traditional agriculture.