You are in : All News > On the cusp of cultured meat: Can cell-based tech work alongside traditional farming?

On the cusp of cultured meat: Can cell-based tech work alongside traditional farming? 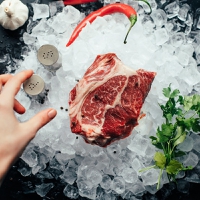 27 Aug 2021 --- The genesis of the cell-based protein renaissance is met with the question of what will be left of conventional agriculture in the coming decades once the movement fully takes off. But while cultured meat is anticipated to play a pivotal role in the transformation of the global food system, it is notable that industry cannot harness this opportunity effectively without the help of farmers.

With this in mind, cultured meat companies have a significant opportunity to collaborate with farmers at early stages of production, involving them in cell sourcing and cell feedstock.

FoodIngredientsFirst showcases the insights of pioneering cell-based players to determine how this disruptive food technology can help rather than hurt traditional agriculture.

“Cellular agriculture is largely reliant on primary agricultural inputs as feedstocks and therefore reliant on the agricultural industry,” says Ilttud Dunsford, a correspondent of Proveg International who previously founded a speciality meat-processing business and is now the co-founder and CEO of UK cell-based start-up Cellular Agriculture.

Cell-based fish maw by Avant Meats. (Credit: Avant Meats)“I view cultured meat as an evolution of the agricultural sector rather than a dissolution of it,” he envisions. “Ultimately, we are feeding the cell rather than the cow, with an end result that is comparable to traditional meat, chemically, nutritionally and tastewise, but is produced in a much more efficient manner.”

“It’s a natural human instinct to fear change, unfortunately. But whether it be farmers or consumers, we have significant changes ahead of us, as our current levels of consumption far exceed what the planet can supply.”

Encompassing all livestock professions
Cellular Agriculture already collaborates with a range of farmers and specialists across the farming industry.

“The list is wide-ranging: from livestock producers to animal-welfare experts, animal-health specialists, veterinarians, geneticists and horticultural researchers, all the way through to those working in abattoirs and in the traditional meat-processing industry,” highlights Dunsford.

“It makes sense to work with those who understand the product we’re working to emulate in order to deliver a product that is as close to meat as possible,” he stresses. “As a farmer, I’m already part of the cellular agriculture success story. I’m probably one of the first, but we need many more of us.”

“Farmers will form an obvious part of the future value chain in terms of the supply of feedstocks. But there are many transitional technologies, as well as knowledge and data from the existing industry, that aren’t being used yet to their full extent.”

Cell-based bacon by Higher Steaks. (Credit: Higher Steaks)In 2019, Cellular Agriculture worked with Ira van Eelen, co-founder and CEO of KindEarth.Tech, on a Future Food exhibit for the Nemo Science Museum in Amsterdam, which showcased a range of cultured-meat technologies.

“As part of the exhibit, we had one of our operational novel bioreactors on display, accompanied by a series of conceptual animations that explored the scaling points of our bioprocess technology,” details Dunsford. “One of these animations focused on the idea of an on-farm cultivation system – fermentation technology is already familiar to many farmers, especially those with small-scale on-farm dairy businesses.”

“Farmers are hugely innovative, hard-working business people who are extremely experienced in working with tight regulations. With new opportunities, I’m confident that the cellular-agriculture sector won’t be quite such a lonely place for me as a farmer in the future.”

“Farming is emotive”
Dunford’s own personal aspirations for the future include utilizing his own farm as a model for how traditional forms of agriculture and cellular agriculture can sit side by side in synergy.

“The reaction from both the farming community and the meat industry is mixed,” he comments. “Farming is emotive; it’s highly personal since it’s an industry that you are born into and therefore any criticism can cut to the bone.”

Cell-based pork belly by Higher Steaks. (Credit: Higher Steaks)“Farmers are often asset-rich, cash-poor, and work exceptionally long hours for low wages,” he adds. “Working the land is often a passion rather than a burden, and new technology that represents a risk to a way of life is what engenders uncertainty.”

“However, farmers are business people and also recognize the environmental responsibility that rests on their shoulders as custodians of the land.”

However, Dunsford underscores that cultured meat is just one of the tools needed to feed a growing population. He remarks that there is an “undoubted need” for industry to take a wider view of all practices in relation to food – not just meat – as we have already exceeded planetary boundaries in key areas such as biodiversity and bio-geochemical flows.

Cultured kangaroo meat
While the majority of cell-based players are focusing on traditional farmed meats, Australian start-up Vow Food is looking to scale edible cultured meats made from exotic animal cells – such as kangaroo, alpaca, goat, pork, rabbit and lamb – within its “cell-library.”

The company says it is further experimenting with zebra, yak and Galapagos tortoise meat.

The start-up recently partnered with Nourish Ingredients, which produces animal fats using precision fermentation. Together, companies will create blends of their products that combine the slaughter-free fats with cell-based meat for a more authentic mouthfeel experience. 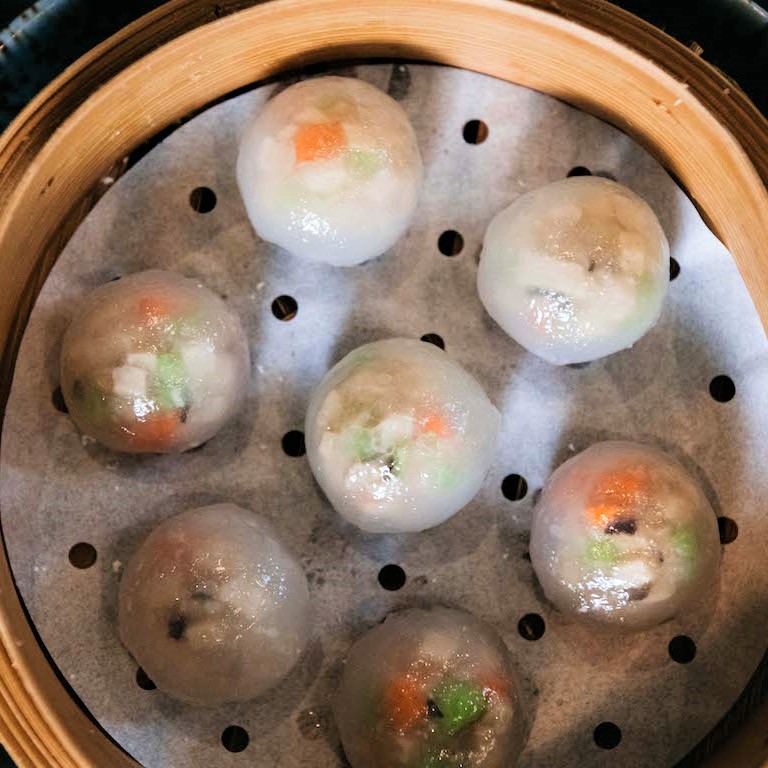 Cell-based kangaroo meat dumpling by Vow Food. (Credit: Vow Food)Vow Food highlights that most meat that consumers eat comes from four animals, which make up just 0.02 percent of all of the animal species on earth. It is tasked with “discovering the secrets hidden in creatures we’d never thought to ask.”

While cell-based steak is already being developed across the globe, the intricacies of the structure of Wagyu beef have so far made it difficult for scientists to recreate it in a lab and use a 3D printer to produce it.

The fat, muscle and blood vessels of Wagyu beef create a marbling effect, which the scientists have been able to reproduce by arranging the meat fibers in three dimensions.

“Because actual meat is an aligned assembly of the fibers connected to the tendon for the actions of contraction and relaxation, tendon-gel integrated bioprinting was developed to construct tendon-like gels,” state the researchers, writing in Nature Communications.

“In this study, a total of 72 fibers comprising 42 muscles, 28 adipose tissues, and two blood capillaries were constructed by tendon-gel integrated bioprinting and manually assembled to fabricate steak-like meat with a diameter of 5 mm and a length of 10 mm inspired by a meat cut.”

The study does not mention whether the 3D-printed, lab-grown Wagyu steak will be commercialized at a later date, but the authors stress that their technique might be used for the commercial “fabrication of the desired types of steak-like cultured meat.”