You are in : All News > Leonardo DiCaprio investing in Mosa Meat and Aleph Farms predicted to advance cultivated meat 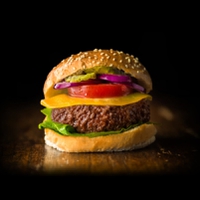 23 Sep 2021 --- Considered one of the world’s most prominent and influential climate activists, Hollywood A-lister Leonardo DiCaprio has invested an undisclosed sum in cultivated meat start-ups Mosa Meat and Aleph Farms. He’s also joining their advisory boards and is hailed as helping to “usher in a new age of meat production.”

Well known for his work tackling climate change as well as winning acting accolades,  DiCaprio has pinpointed two of the most pioneering companies working in the cell-based space.

Planetary health
“Leo’s investment and move to our sustainability advisory board not only validates our sustainability hypothesis but also confirms our road map for ushering in a new age of meat production that helps combat climate change and preserve our precious planet,”

He highlights a recent study published by CE Delft finding that cultivated meat has the potential to reduce the carbon footprint of beef production by 92%.

“Anytime we can align with others who are working to build more sustainable, resilient solutions for the health of people and our planet, it is a win for Aleph Farms,” he says.

Although he’s keeping tight-lipped about exactly what is coming next, Toubia hints that more developments are on the horizon as the cultivated meat space heads toward commercialization.

“There is so much going on at Aleph Farms, and we have exciting news to share in the coming weeks,” he says.

“We continue to expand in key regions around the world, including Asia, the Middle East and the US. We are working tirelessly to meet our company’s goal of carbon neutrality by 2025 and partnering with world-class leaders to ensure our supply chain is carbon neutral by 2030.”

“I’m honored to join it as advisor and investor as it now prepares to bring cultivated beef to market for all those who crave change.”

Mosa Meat is now scaling up production of the same beef but in a way that is better for people, animals, and the planet.

“DiCaprio’s work to bring about positive change is closely aligned with our mission at Mosa Meat. We are thrilled to bring him on board as advisor and

Sustainably feeding a ballooning population
Global meat consumption is estimated to grow 40-70% by 2050, and so cultivated meat offers a solution to reduce the current negative impacts of industrial beef production.

Although still considered a burgeoning space, investment, development and the volume of businesses adapting to the cultivated agricultural model is constantly growing.

It’s not just in meat that the cell-based movement is gathering pace, with cell-based fish and seafood also making waves.

2030, as part of the broader protein transformation.

The mantra of cellular agriculture is that consumers will enjoy the qualities of the meat they love, eliminating the need for any major behavioral change. It is considered the hottest food technology around with the most far-reaching global potential.