You are in : All News > Aleph Farms joins forces with climate activists to advance cellular agriculture R&D for broad methane reduction

31 Aug 2022 --- Aleph Farms, the first cultivated meat company to grow steaks directly from non-genetically engineered animal cells, has been officially recognized by the Agriculture Innovation Mission for Climate (AIM for Climate) as an Innovation Sprint Partner.

As part of this “innovation sprint,” US$40 million is being invested in cellular agriculture R&D over the next five years through Aleph Farms with the support of L Catterton, Strauss Group, VisVires New Protein, CPT Capital, Synthesis Capital, Food Tank and Christensen Global.

“Enhancing food security via cellular agriculture empowers communities and fosters regional cooperation, spurring economic growth in the process. This is why we are especially proud to be allocating these R&D funds as an AIM for Climate Innovation Sprint Partner,” remarks Didier Toubia, co-founder and CEO of Aleph Farms.

“With cellular agriculture, humanity is better equipped to overcome significant food-related challenges and bring agricultural systems back into balance.”

Aleph Farms will introduce its products into global markets as soon as regulatory processes conclude and approvals are finalized. 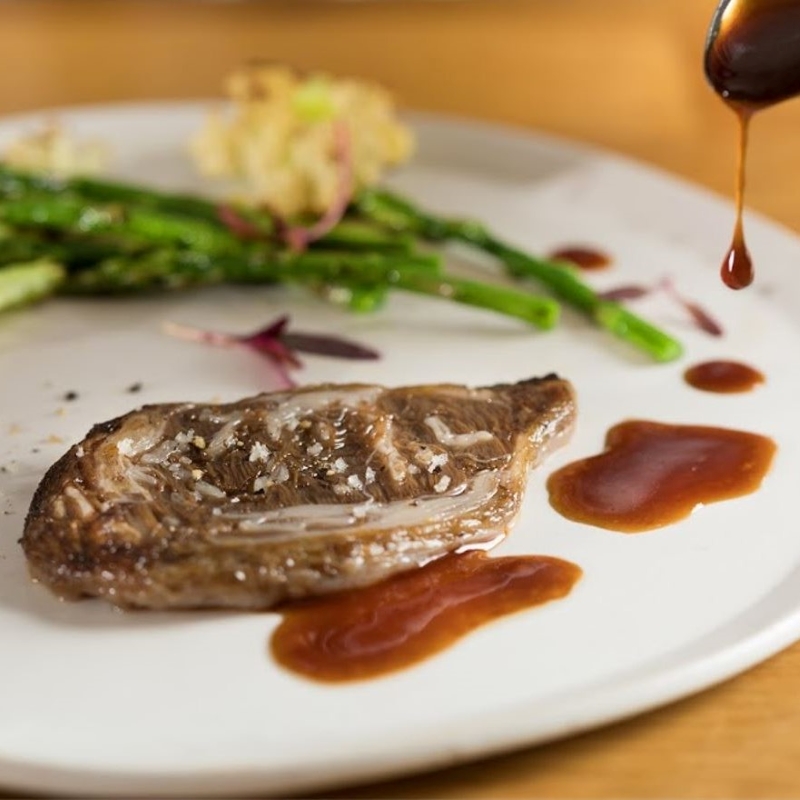 Aleph Farms will introduce its products into global markets as soon as regulatory processes conclude and approvals are finalized.

A force against methane
The US and the United Arab Emirates, alongside 39 other countries and over 180 non-governmental partners, officially launched the AIM for Climate initiative at the 26th United Nations Climate Change Conference of Parties (also known as COP26) in Glasgow, Scotland, last year.

As one of AIM for Climate’s four focal areas for innovation sprints in 2022, cellular agriculture addresses two in particular – methane reduction and emerging technologies in agriculture.

When supplementing sustainable segments of conventional animal agriculture, cellular agriculture can rapidly reduce emissions of methane, a powerful greenhouse gas of which livestock is a main source.

Compared to conventional beef production, cultivated meat that is produced via cellular agriculture can reduce greenhouse gas emissions by 92% and water use by 78%, according to an independent Life Cycle Analysis conducted by CE Delft.

In addition, because cultivated meat is produced in closed systems, its production is feasible in locations where extreme climate and resource scarcity prevent conventional beef production from taking place.

Because meat represents only one-third of a cow slaughtered for conventional beef, Aleph Farms intends to continue expanding its product line to replace the whole cow.

Cultivated meat is considered far more efficient than cows at converting feed into meat, critically slimming down its carbon footprint.The Israeli cultured meat start-up is the first to have grown steaks directly from non-genetically engineered animal cells, has also developed slaughter-free collagen, which has numerous applications across an array of multi-billion dollar industries.

Aleph Farms has also spearheaded a bold ambition to help accelerate extraterrestrial cell-based protein production – a primary barrier for long-term space missions – to one day nourish space travelers as they journey to Mars and the Moon.

Its program “Aleph Zero” – which is backed by food producers such as Cargill, Migros and the Strauss Group – supports deep-space exploration and the potential colonization of new planets.

A burgeoning new food sector
As the cell-based space continues its expansion, the first market-ready cell-based seafood products made from cultivated fish cells are edging closer to launching in Asia, followed by the EU, US and UK. Analysis has spotlighted that the Chinese market, in particular, holds high acceptance rates for highly sustainable cultivated protein.

Last week, Steakholder Foods, formerly known as MeaTech 3D, began the development of cultured pork products from a new line of iPS porcine cells. But this novel food revolution is not limited to standard livestock protein – it has already branched out into “ocean-free” cultured oysters and even cultivated antelope from South Africa.

But while the genesis of the alternative meat revolution continues its course, will conventional farmers be sidelined entirely? A host of cell-based protein pioneers previously spoke to FoodIngredientsFirst, underscoring that such alternative meat companies may actually have an opportunity to collaborate with farmers at the early stages of production – involving them in cell sourcing and cell feedstock, for instance – rather than competing with them.

Ingredients supplier Solvay has extended the range of one of its flagship products, a vanillin flavor branded as Rhovanil Natural CW, with three new natural flavor... Read More