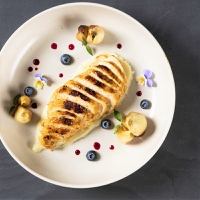 14 Mar 2022 --- Japan-based food and biotech giant Ajinomoto Co. has entered a strategic partnership with cultivated meat player SuperMeat to set up a commercially viable supply chain platform for the cell-based industry. SuperMeat intends to launch its first products in the US market in 2023, pending regulatory approval.

The venture combines SuperMeat’s technologies and expertise in cultivated meatwith Ajinomoto’s proprietary R&D technologies in the biotechnology field and fermentation.

“In addition to building its first industrial facility in the US, SuperMeat plans to operate in other sites that provide a supportive regulatory environment for cultivated meat. Singapore is one of those strategic places, in addition to other regions where we are exploring setting up local manufacturing settings,” Ido Savir, CEO of SuperMeat, tells FoodIngredientsFirst. 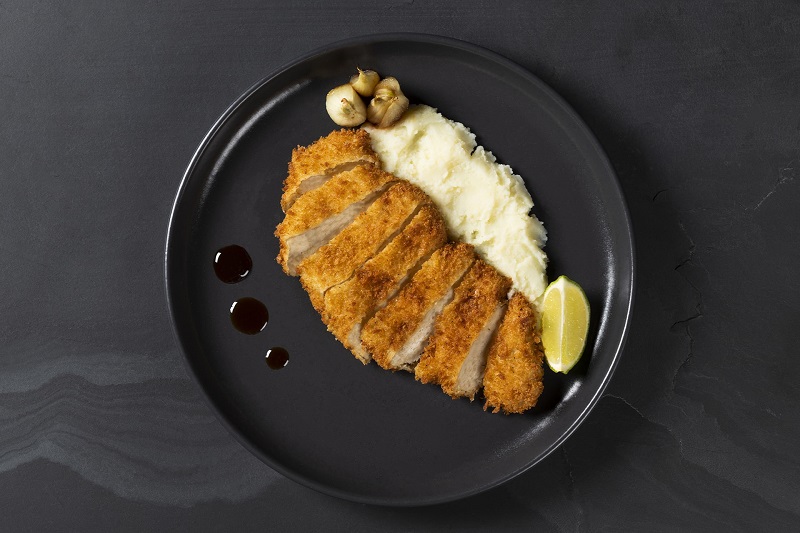 Cell-based chicken cutlet (Credit: SuperMeat).“SuperMeat is working on commercializing its products in order to introduce them at market prices in 2023 in foodservice. Costs will take a few more years to reach parity with products aimed at the mass market.”

As part of the partnership, Ajinomoto will invest in SuperMeat as one of its corporate venture capital projects, for an undisclosed amount. This initiative ties into its 2020–2025 Medium-Term Management Plan to become a solutions provider in food and health issues.

“In the past year, we have made tremendous strides in product development and scale, setting us up for industrial commercialization,” notes Savir.

Cell-based without inessentials
SuperMeat’s proprietary technology allows it to grow muscle, fat and connective tissue all together in a tissue-like structure that is “efficient, delicious and scalable.” The unique aspect of this process is that the cells excrete their own scaffolding.

This patent-pending method produces the same nutritional and organoleptic properties of meat, the food-tech specialist maintains.

The company is aiming for its pipeline to eventually cover the entire category of poultry and meat products.

“The first advantage is on the production level, as it uses a standard fermentor that can be implemented in many existing facilities worldwide since it doesn't require any novel manufacturing fermentor as it would be if scaffolding or carriers were used,” Savir explains.

“The second, on the product level, the manufacturing output is 100% animal mass grown in a natural process, producing the same nutritional values and organoleptic profiles as the traditional counterpart.”

Over the past year, SuperMeat has scaled up production to an industrial pilot while increasing yields and cell densities to more than 150 million/ml per second. 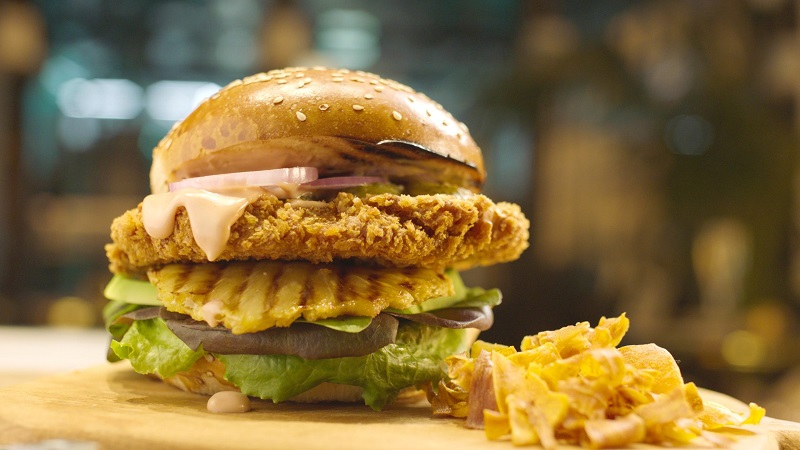 Cell-based crispy chicken burger (Credit: SuperMeat).Reaching price parity
Recent analysis by Dutch research organization CE Delft found that cultivated meat may hit competitive cost and environmental benchmarks by 2030. But for cultivated meat to reach cost parity, SuperMeat underscores it is necessary to manufacture products on a larger scale and build a supply chain that is optimized for it.

“One important element is reducing the costs of the cell feed [growth media], which contains essential nutrients for animal cell growth and accounts for 60 to 80% of production costs. Recombinant proteins and growth factors added to media to help cells grow and differentiate account for a large part of these costs,” says Savir.

Cell media, which contains the nutrients needed for animal cell growth, accounts for the majority of cultivated meat production costs. It has also come under criticism for its composition of fetal bovine serum, which large industry stakeholders such as Aleph Farms and Wacker have made moves to eliminate by scaling new fermentation-based media alternatives.

SuperMeat is working to cut growth media costs ten-fold, all of which will enable its products to be available at market prices in 2023.

Synergizing “best-of-breed” technologies
Media components such as growth factors and amino acids are mainly consumed by the pharmaceutical industry, explains Savir. “They are therefore manufactured to a high purity pharma-grade, which is very costly and not required by the cultivated meat industry.”

“A significant improvement would be to introduce species-specific and food-grade versions of growth factors.”

Being no stranger to the science of proteins as one of the global market’s leading producers of amino acids, Ajinomoto produces almost 20 different types of amino acids at 27 international locations and presents key opportunities to scale new growth media solutions.

“In terms of fermentation technology, Ajinomoto uses best-of-breed technologies,” says Savir. “These include using environmentally friendly raw materials, guiding microbe discovery and application, maximizing the capabilities of microbes, and ensuring the purity of end products through the use of distillation technology.” 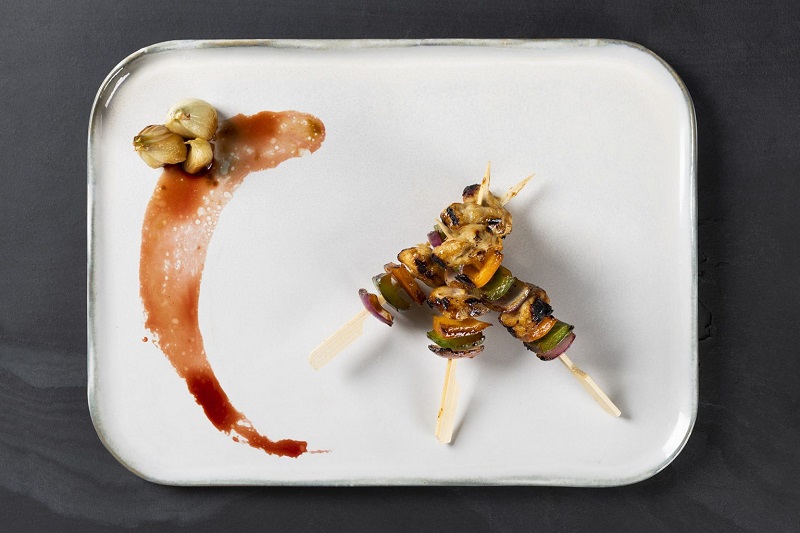 Cell-based chicken skewers (Credit: SuperMeat).“On top of the aforementioned, the group employs advanced molecular and systems biology and performs comprehensive analysis of the biological interactions, metabolic pathways, and other characteristics to produce amino acids and related products from a wide range of materials.”

In addition to the group's fermentation and bioprocessing offerings, Ajinomoto also offers extensive seasoning technologies that can be applied to meet the needs and preferences of the future cultivated meat consumers.

Sun rises on cultured meat
Japan’s nascent interest in the cell-based industry mirrors a wider food movement sweeping Asia. Singapore was the first country to gain regulatory approval for cultured chicken, while public Chinese government records reveal that significant funds are being allocated to help China scale this sector – as was previously done for the nation’s development of solar panels, lithium-ion batteries and electric vehicles.

However, in spite of the fact that morepeople are reducing their meat consumption due to environmental and health concerns, Japanese consumers report that the existing selection of alternative meat products is still limited, according to SuperMeat.

It states there is a “real gap” in meeting the Japanese consumer needs today, which could represent an opportunity for the cultivated meat industry.

“Japan represents an interesting opportunity for the cultivated meat industry. Japan is heavily dependent on imports – its food self-sufficiency rate is 37%. In the poultry sector, about 40% of the 3 million metric tons of poultry consumed each year is imported,” details Savir.

“To date, Japan does not have a regulatory framework for cultivated meat, but discussions are underway, and local governments see an increase in food security as crucial. Using fermentation facilities to produce meat reduces dependence on natural resources such as land and water and therefore, can address the growing concerns over food security.”