You are in : All News > Vietnamese flavor buy: Givaudan eyes APAC growth with Golden Frog acquisition 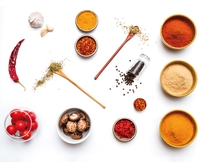 21 May 2019 --- Givaudan has reached an agreement to acquire Golden Frog, a Vietnamese flavor company, for an undisclosed sum. The move comes as part of the Swiss manufacturer of flavors and fragrances’ 2020 strategy to strengthen its capabilities in naturals and its presence in the high growth markets of Asia Pacific.

Established in 2002, Golden Frog manufactures natural flavors, extracts and essential oils for the food and beverage industry. The company offers a wide range of natural ingredients including herbs, spices, fruit and vegetable extracts and essential oils sourced from the biodiversity of Vietnam. With headquarters and manufacturing facilities in the Ho Chi Minh area, the company employs 156 people and caters to the needs of the ASEAN markets.

While terms of the deal have not been revealed, Golden Frog’s business would have represented approximately CHF 10 million (US$10 million) of incremental sales to Givaudan’s results in 2018 on a proforma basis. Givaudan plans to fund the transaction from existing resources and the deal is expected to close in the second half of 2019.

“Strengthening and expanding our offering in naturals continues to be a key priority for Givaudan. The addition of Golden Frog’s product portfolio, talent and know-how will further enable Givaudan to provide global, regional and local customers with complete and competitive natural solutions,” says Louie D’Amico, President of Givaudan’s Flavor Division.

With a growing population of over 97 million people, Givaudan touts Vietnam as a market with tremendous growth potential in the APAC region. “The combination of Golden Frog’s naturals portfolio with our long heritage in naturals and sustainable sourcing will expand our leadership position in the country and bring numerous benefits to our customers, employees and communities locally and across the ASEAN region,” says Monila Kothari, Regional Commercial Head, APAC.

Last January, furthering Givaudan’s commitment to leverage growth in the Asia Pacific region, the company inaugurated a new CHF 2.9 million (US$2.8 million) commercial and development center in Jakarta, Indonesia. In February, the manufacturer opened a new flavors facility in Pune, India. The CHF 60 million (US$59.8 million) plant is the company’s most significant investment in India to date.

And earlier this month, Givaudan’s interest in Asian market expansion was underscored by its investment in China Food Tech Hub – a consortium of multinational food companies, agricultural processors, flavor houses and biotech firms, each looking to grow their established presence in the Chinese market and increase their cooperation with early-stage food tech companies. Among these brands are Coca-Cola, PepsiCo Greater China, General Mills, Danone, Griffith Foods, Louis Dreyfus Company, Novozymes, Nutreco and Puratos.

Givaudan has evolved far beyond its roots to identify itself around the more holistic concept of “taste” rather than mere “flavor” alone. In March 2018, it emerged that Givaudan had entered into an agreement to acquire 40.6 percent of the shares of Naturex. In September 2018, Givaudan completed the acquisition of Naturex, following the implementation of a squeeze-out procedure. The deal valued the French-headquartered supplier at around €1.3 billion (US$1.61 billion).

Similarly, in May 2018, Givaudan acquired the world player in natural extracts, Centroflora Nutra, which contributed CHF 4 million of sales at the closing of Q1 2019.

Givaudan has unveiled NaNino+, a patent-pending combination of plant-based ingredients and natural flavorings that can replace nitrite in processed meat. Designed with... Read More

Mondelēz International has entered into an agreement with Grupo Bimbo to acquire its confectionery business, Ricolino, for approximately US$1.3 billion. Ricolino is a... Read More

Lifestyle and dietary shifts since the COVID-19 pandemic have driven up better-for-you beverage innovation with a sharpened focus on the functional attributes and... Read More