You are in : All News > Givaudan completes acquisition of 40.5 percent stake in Naturex, confirms intention to go for outstanding shares 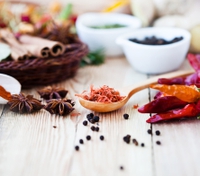 05 Jun 2018 --- Global flavors and fragrance company, Givaudan, has completed the acquisition of 40.5 percent of the share capital of Naturex at a price of €135 per share as announced on March 26, 2018 for a total consideration of €522 million. As a result, Givaudan has confirmed its intention to file a mandatory cash tender offer with the Autorité des Marchés Financiers for all remaining outstanding shares of Naturex.

The Board of Directors of Naturex will meet within the next few days to examine the proposed draft tender offer initiated by Givaudan and issue a reasoned opinion on its merits and consequences for the company.

This transaction is part of Givaudan's 2020 strategy to strengthen its capabilities in natural flavor solutions for its customers and will create a clear market leader in natural extracts and ingredients.

There is a strong global trend toward well-being and making mindful choices, while consumers view natural ingredients as healthier and of better quality compared with highly processed products. These are active drivers of purchasing decisions.

Peter B Wullschleger, Head Investor & Media Relations at Givaudan tells FoodIngredientsFirst: “In our 2020 strategy, we have defined additional growth areas beside the core business of flavors and fragrances. These are naturals, integrated solutions, active cosmetic ingredients and local and regional customers. Naturex is, therefore, a perfect strategic fit, it ticks all four boxes (growth areas). Givaudan continues to look for acquisitions that create value for our customers and shareholders.”

Givaudan has been responding to such trends by strengthening its portfolio through a series of acquisitions over the last few years. However, this latest move is considered extremely sizeable.

“Consumers around the world are increasingly demanding more natural and organic products from food and beverage companies. Naturex will be extremely complimentary to the acquisitions we have announced in this space over the last few years, namely Spicetec, Activ International, Vika and Centroflora Nutra,” Louie D’Amico, President Designate of Givaudan’s Flavour Division says.

Speaking to FoodIngredientsFirst about the key consumer trends that have led to this acquisition, D’Amico, says: “There is an ongoing global trend towards health and wellness – looking after the body through healthy eating and exercise. As part of this, there is a strong trend towards natural, authenticity and going ‘back to basics.’ Consumers are looking for food and drink products made with simple ‘kitchen cupboard’ ingredients – as close as possible to home-made.”

“Linked to the growing consumer preference for natural foods, we are helping our customers create great tasting products their consumers' trust and that are sustainable. We help them overcome the transition challenges that are inherent with naturals and help deliver the same great tasting products. With this acquisition, we further strengthen our global position in naturals, expanding our offering in natural extracts and solutions.”

In a recent interview with The World of Food Ingredients, Naturex CEO, Olivier Rigaud discussed the company's business strategy, which has included a string of bolt-ons in previous years (e.g. Swedish Oat Fiber), as well as strong organic growth.

Givaudan has been on a mission to bolster its portfolio in recent years, to strengthen capabilities in integrated solutions. And the completion of the acquisition of shares in Naturex demonstrates just how significant natural ingredients are in the industry. The €522 million (US$646 million) deal comes at a time when global consumers are demanding more naturalness from their food and beverages than ever before.

News of the progress comes just weeks after International Flavors & Fragrances Inc. (IFF) agreed to acquire Israeli flavors company Frutarom, in a transaction valued at approximately US$7.1 billion. This followed a series of acquisitions from Frutarom throughout the last year, marking significant growth for the flavors and fragrance industry. The takeover demonstrates how consumer preferences for smaller brands featuring natural products that tap into health and wellness trends are driving the flavor and fragrance market. IFF and Frutarom are projected to have combined revenue of US$5.3 billion in 2018.

Since its announcement last month, all eyes have been on the flavors and fragrance industry as the takeover has shaken up the sector, by going up against current market leader Givaudan. Recent consolidation in the flavors market as a whole has led several major players to expand their base beyond the classic flavor arena, such as the Symrise acquisition of Diana Group in 2014.

In a detailed interview with FoodIngredientsFirst last month, Andres Fibig, CEO of IFF dispelled suggestions that the US$7.1 billion deal was ushered in as a defensive response to Givaudan’s acquisition of Naturex, noting that the similar timings were “coincidental” and that talks with Frutarom had been ongoing for nine months.

“Frutarom and ourselves were working on this deal for the last nine months. Late last summer we initially started speaking with them. We were not aware that Givaudan was closing on the Naturex deal and it just happened by chance at the same time. We already announced in our 2015 strategy that we wanted to execute acquisitions. We have done five in the last three years and now one transformational move, which brings us closer to our targets for 2020. So it's a pure coincidence,” he notes.

FoodIngredientsFirst also spoke with Frutarom's President of Natural Solutions Yoni Glickman at Vitafoods 2018, in Geneva, who said: “One of the big drivers (for the Frutarom takeover) is undoubtedly other acquisitions that have gone on in this space recently, which have greatly accelerated the process.”

This is clearly a trend that the market is going after. Beyond optimism about the IFF deal, Glickman is also confident on the future of the nutrition market as a whole. “We see dramatic growth in this space and our business has grown very strong in recent years, both through our acquisitions and organically.”

“We think the market is going that way and we are bringing taste and health together and will offer exciting new delivery systems to consumers,” he says.

What other acquisitions has Givaudan completed?
- Back in July 2016, Givaudan completed the acquisition of Spicetec Flavors & Seasonings from ConAgra Foods. At the time Givaudan CEO Gilles Andrier said that the Spicetec product portfolio and capabilities were considered very complimentary to Givaudan’s and will help expand its integrated savory solutions. The total purchase price was US$340 million.

- In January 2017, Givaudan acquired Activ International which offers a range of natural and organic flavors, marine extracts, seafood and vegetable-based culinary solutions to customers. With headquarters in Bienne (Switzerland), Activ operates from locations in Somerset (New Jersey, US), Melaka (Malaysia), Mitry-Mory (Paris, France) and Arequipa (Peru). Terms of the deal were not disclosed at the time and the addition of Activ’s product portfolio was seen to help further Givaudan to strengthen its extensive natural flavor offering.

- Eight months later in September 2017, Givaudan completed the acquisition of Dutch enterprise Vika BV in a bid to bolster its portfolio of natural dairy solutions. Vika offers a range of natural dairy ingredients and stocks, as well as meat and plant-based extracts to customers in the food and beverage industry.

- In the same month (September 2017), Givaudan expanded its presence in Brazil by acquiring Centroflora Nutra, the Nutrition Division of Centroflora Group. Centroflora Nutra manufactures botanical extracts and dehydrated fruits for the food, beverage and consumer goods sectors. It offers a wide variety of plant extracts from various regions of the world, with a particular focus on those from the vast biodiversity of Brazil. Givaudan said at the time how Centroflora Nutra was such a good fit because it aligned with the company’s sustainability goals and offered a unique opportunity to strengthen the naturals sourcing platform for Givaudan’s flavors, fragrances and cosmetics businesses.