You are in : All News > The consolidating ingredients sector: Ingredion convergence epitomizes a tightening sector 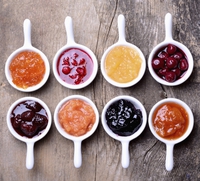 23 Jul 2018 --- The integration of several portfolios into a single larger ingredient entity was a key theme at the IFT 2018 Food Expo in Chicago last week. The relatively small trade show floor was a reminder of how many previous exhibiting companies have been swallowed up over recent years, in order to be integrated into the likes of DSM (e.g. Martek, Ocean Nutrition Canada and Fortitech), Kerry (e.g. Ganeden, Red Arrow and Biothera), ADM (Wild Flavors) and IFF (Ottens Flavors and David Michael). Naturex (currently being acquired by Givaudan) could be the next to disappear from a show floor, amid a consolidating ingredients world, where questions must soon be raised about a growing lack of competition and diversity in ultimate holding companies.

It was back in 2010 when the two major players of Corn Products International and National Starch merged to form Ingredion. Since then it has become an ingredient behemoth that functions as one of the major consolidators in the industry, (including the acquisition of Penford in 2014) but it has had to implement efficiencies too. For example, earlier this month, Ingredion announced plans to accelerate its Cost Smart program, designed to improve profitability and deliver increased value to shareholders. The company introduced this cost savings initiative, in its First Quarter 2018 Earnings Call on May 3, to further streamline its global business. The company is setting forth Cost Smart targets to include an anticipated US$75 million Cost of Sales savings, including global network optimization and US$50 million in anticipated SG&A savings by year-end 2021. The company expects restructuring costs to be incurred earlier in the program and expects savings to be realized beginning in 2018 and building momentum toward the targets through 2021.

As part of the announcement, the company will cease wet-milling operations at its Stockton, California facility and establish a shipping distribution station by year-end 2018. After the transition, the company will begin using the facility to distribute finished products to customers in the Western US, in particular California. Currently, the facility produces high fructose corn syrup and industrial starch.

Under the tagline “Converge. Connect. Create.”, Ingredion used IFT 2018 to highlight how Kerr Concentrates (acquired in 2015) as a concentrates and essences producer and hydrocolloids supplier TIC Gums, acquired at the end of 2016, added scope and portfolio synergies. The brands were showcased together in a single booth for the first time this year.

John Lazowski, Vice President of Marketing commented on the bringing together of the three portfolios. “Over the last couple of years, since we have been beginning to integrate both, we wanted to highlight how all of these three companies have great solutions that can come together and form even better solutions for our customers,” he says.

Ingredion highlighted a “no sugar added ice tea lemonade” that has ingredients from all three companies among several prototypes on display at the booth. The concept contains Enliten Fusion 9200 stevia sweetener, a next generation stevia-leaf-based sweetener optimized for targeted sweetness and cost-in-use with a much cleaner sensory profile than traditional stevia sweeteners. Marion blackberry juice concentrate from Kerr Concentrates provides “the clean and simple flavor, color and nutrition that consumers crave.” Q-Naturale high-efficiency emulsifier (Ingredion) is derived from the quillaja tree. It is grown with sustainable agricultural practices certified by the Forest Stewardship Council and is non-GMO. Finally, TIC Pretested Gum Arabic FT Powder (TIC Gums) is added to provide additional mouthfeel.

“All three of the portfolios come together in a solution that has no sugar added, but still has the flavor and texture that consumers are looking for. It has brought a lot of excitement to IFT where people are coming in and enjoying all the different solutions that the companies offer,” he says.

The theme of “Converge. Connect. Create” is about putting the customer first, Lazowski stresses. “We wanted to show that we are converging as a company but all the trends are converging too. So we wanted to look for great tasting and healthy products together,” he points out.

TIC Gums at IFT 2018
TIC Gums introduced the Simplistica line of ingredient systems at IFT 2018. Simplistica ingredient systems are promoted as optimized solutions that leverage the best technologies hydrocolloids, starches, plant proteins and sweeteners have to offer. These complete systems are developed to ease the formulation frustrations associated with stabilizing and texturizing applications that include alternative proteins and aim to reduce sugar.

Three prototypes made with Simplistica systems were available to try at IFT 2018:

Brian Briggs, President of TIC Gums remains hopeful for the maintenance of some independence as his business becomes increasingly part of a much larger portfolio. But he notes innovation and expansion benefits for TIC.

“When you are a solutions provider, you want the largest toolbox available to help customers solve their problems. By being taken into the Ingredion family, in addition to having hydrocolloids of every type, we now have access to sweeteners, proteins and starches. With Kerr, we have access to fruit as well. Bringing together of all those tools over the last year has been the really big change,” he notes.

One of the prototypes that TIC presented was a non-dairy yogurt that includes both their gum-based solutions, but also protein from the Ingredion portfolio. “I think we are seeing these types of opportunities, but also the possibility of the development of blends and building of systems from gums and some sweeteners. Sugar reduction is a key focus for a lot of customers. Artificial sweeteners tend to change the mouthfeel of a lot of the end products and some gum solutions that we offer can build the mouthfeel back. We have just started at the tip of the iceberg on working together to come up with systems and are now seeing the fruits of this coming together,” he says.

International expansion for the legacy TIC Gums portfolio was one of the core rationales for being acquired by a larger player with a much greater global footprint. “We have been working very strongly and closely over the last year throughout the regions of Ingredion to bring the TIC model there too. At IFT 2018, we are featuring several gum gurus from around the world, including several from China and Mexico, who are spending 6-7 months with TIC to understand the customer intimacy and approach that we take. That expansion of the TIC model takes time as it is a solutions-based model that is based on customer intimacy rather than raw materials or ingredients themselves,” he adds.

The larger international focus is being seen back in sales success. “We are seeing growth worldwide, but have [especially] seen a lot of growth in the North American side, and the ASEAN region is also an exciting growth area for us,” he says.

Briggs believes that some of the moves within the CPG space, where smaller entities can remain relatively standalone, can serve as a good model to be replicated in B2B too. “If you look at some of the bigger CPG companies today, they are leaving some of these disruptive brands that they have acquired as stand-alone companies rather than fully integrating them. Those lessons learned have been very helpful in this process,” he notes.

For Briggs, highlighting relevance through the offering of complex ingredient systems is key to justifying independence amid a larger entity like Ingredion. “The TIC brand and value has a lot of appeal, especially to smaller-sized enterprises. I think the more systems that we can build that can be used for the Ingredion customer base, the differences between the two companies is what makes us strongest,” Briggs concludes.

Lazowski recently moved to Ingredion from the B2C world and believes that customer partnership is a key theme for both. “No matter whether you are in B2B or B2C, you need to understand your customer needs. This is something that we strive to do better each day. I also think that it is about developing solutions that are somewhat more customized. Often if we just spent a little bit more quality time together in almost co-developing solutions; that is where the magic happens,” he stresses.

Lazowski notes his own experience of heading up an innovation group in CPG as an example of why bouncing ideas off each other is helpful. “I saw that I would go to R&D and say that I was looking for a specific product that consumers wanted. They would go out and it became an order taking type process. That’s when I took myself with some of the R&D professionals and suppliers and thought that if I changed a little bit of what I demanded and they changed a little of what they provided, we were able to come up with a very nice customized solution,” he concludes.

Perhaps B2C can serve as both an inspiration for B2B product development as well as business integration moves. This would mean that the consolidating ingredients world does not immediately lose some of the smaller scale appeal and charm that has formed its innovative backbone in previous decades.