You are in : All News > Virtual map identifies the future of protein production, says Solar Foods 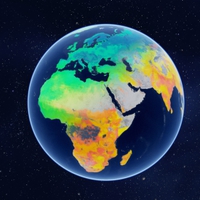 16 Jul 2020 --- Solar Foods, a producer of protein “made from thin air” has released an online interactive map, which enables viewers to see the best locations for future protein production on Earth. “These could be places where the sun is scorching hot, the land is unsuitable or the winds are relentlessly strong,” the company details. In the future, it is possible to disconnect protein production from climate conditions and depleting environmental resources, envisions the Finnish start-up.

Pasi Vainikka, CEO of Solar Foods, remarks: “Until now, food production has been dependent on agriculture and climate conditions. With the latest development, it is possible to grow crops at the microbial level.”

“Dietary protein can be produced in areas where food production has previously been impossible, such as the desert, the Arctic or even outer space. If protein production is disconnected from agriculture, pastures can be turned back into forests and other carbon sinks.”

The digital map offers viewers the ability to toggle between a current and future representation of the rate of sustainable protein crop production across the globe. Solein’s value, the company notes, lies in its “equally sustainable and geographically flexible production.” Utilizing only renewable energy, the environmentally friendly factories that produce Solein can be installed anywhere.

As detailed on the virtual map, Solar Foods is currently researching a method to sustain the daily protein requirements of astronauts for manned space flights with a single-cell protein “made from thin air.” As it stands, a 40 L bioreactor could provide sufficient daily protein for six astronauts – a promising solution for long-term space missions to Mars and beyond, the Finnish company notes.

The Solein biotech solution enables natural protein production anywhere by using air and electricity. The scientists say it will compete with soy on price within the next ten years and could be the answer to tackling environmental problems often associated with farming and the livestock sector. 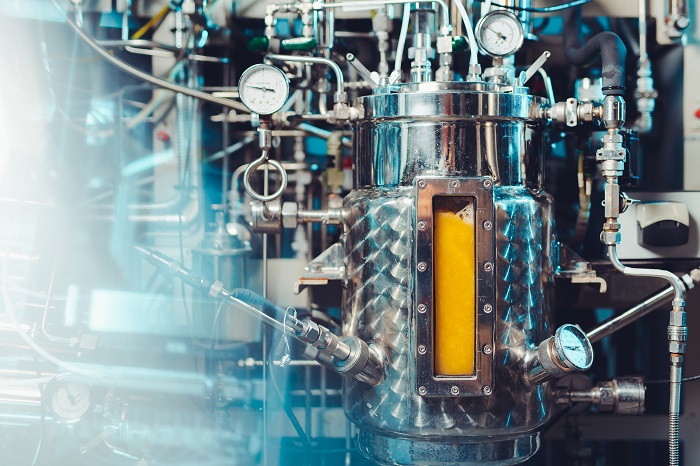 Click to EnlargeSolar Food may hold future potential in feeding astronauts on Mars-bound missions.A carbon-negative protein
Land that is released from agriculture and allowed to return to its natural state removes carbon from the atmosphere. The production of Solein requires only one-tenth of the land area compared to agriculture, the start-up highlights. “Therefore, when viewed on a lifecycle emission basis, the production of Solein stands as carbon negative.”

Solein is marketed as a new alternative to fish meat, with its producer noting: “Fish is an important protein source for about 1 billion people. By 2015, the world reached a point where at least half of all the seafood consumed globally was grown in fisheries rather than taken from the wild. Solein promotes the biodiversity of our seafood system by delivering natural protein production that is entirely disconnected from aquaculture.”

In terms of water usage, Solar Foods details that in the last century, water use grew at almost twice the rate of the world’s population increase. “On average, agriculture currently accounts for 70 percent of global freshwater withdrawals. The production of Solein lightens the load by requiring only a fraction of water needed for agricultural food production.”

Feeding the future
According to estimates made by the UN, the global population will reach over nine billion by 2050. “It means we must be able to produce 50 percent more food while also fighting climate change to keep our planet habitable. As it stands, our world's current food system is unsustainable,” the start-up underscores.

“With Solar Foods’ interactive New World Food Map, anyone, anywhere in the world, can view the future of protein production and the potential of their own country. Today, half of the world’s habitable land is used for agriculture. On average, agriculture accounts for 70 percent of global freshwater withdrawals.”

An estimated 25 percent of man-made greenhouse gases come from the global food system, as cited by the company. “Solein is 10 to 100 times more climate-friendly than any animal or plant-based alternative, and for a good reason, can be called the world’s most sustainable protein,” it outlines.

Similarly active in this space is Air Protein, which uses a probiotic production process that converts elements from the air into nutrients. Leveraging NASA’s research, the US-based company has developed a carbon transformation technology to capture CO2, which is utilized as the key input in creating nutrients.

In relevant developments from this year, the 50th World Economic Forum Annual Meeting held in Davos, Switzerland, DuPont led a session on “The Protein Revolution from Fork to Farm,” delineating the “seismic shifts” occurring in the plant-based protein sphere. Debuting at the event was Tyson Foods’ Coalition for Global Protein, a multi-stakeholder initiative to advance the future of alternative protein sources.

28 Sep 2020 --- Throughout the global COVID-19 pandemic, FoodIngredientsFirst is dedicated to bringing its readers all the latest and most relevant industry updates. Visit this... Read More

25 Sep 2020 --- Consumer demand for natural products is at an all-time high. In response to the atmosphere around health foods, Diana Food, part of the Symrise Group, has revealed... Read More

24 Sep 2020 --- COVID-19 has driven up demand for at-home food deliveries, making it currently one of the most rapidly evolving areas of foodservice. The line between retail and... Read More

24 Sep 2020 --- With the world’s attention on the health and well-being of the planet and its people, Ingredion believes organic food can help build trust with consumers.