17 Jul 2020 --- This week, Givaudan set an ambition to become a certified B Corporation (B Corp) and Nestlé joined partners in founding the European Clean Trucking Alliance as European countries seek to recover from COVID-19. Meanwhile, DSM and Avril officially launched their joint venture and CropLife Asia urged more regional farm-to-fork cooperation and collaboration.

In brief: Sustainability
Givaudan has announced its intention to become a certified B Corp. Givaudan is the first in its industry and one of the largest businesses to commit to this journey, the company highlights. The B Corp certification recognizes organizations that meet the verified standards of social and environmental performance, public transparency, legal accountability and balance of profit and purpose. Independent bodies have widely recognized Givaudan’s heritage of sustainable business leadership. This includes the CDP, which awarded Givaudan a double-A rating for its work on climate and water earlier this year and Ecovadis, which awarded Givaudan its prestigious gold rating in its 2019 Corporate Social Responsibility (CSR) assessment.

In the wake of the United Nations’ (UN) release of its 2020 State of Food Security & Nutrition in the World, CropLife Asia has issued a renewed call for the region's food value chain stakeholders to better ensure a safe and nutritious food supply chain. Contained in the report is further evidence that hunger, malnutrition and obesity continue to plague a growing number of people in Asia and around the world. Specifically, the UN research concluded that almost 690 million globally went hungry last year. 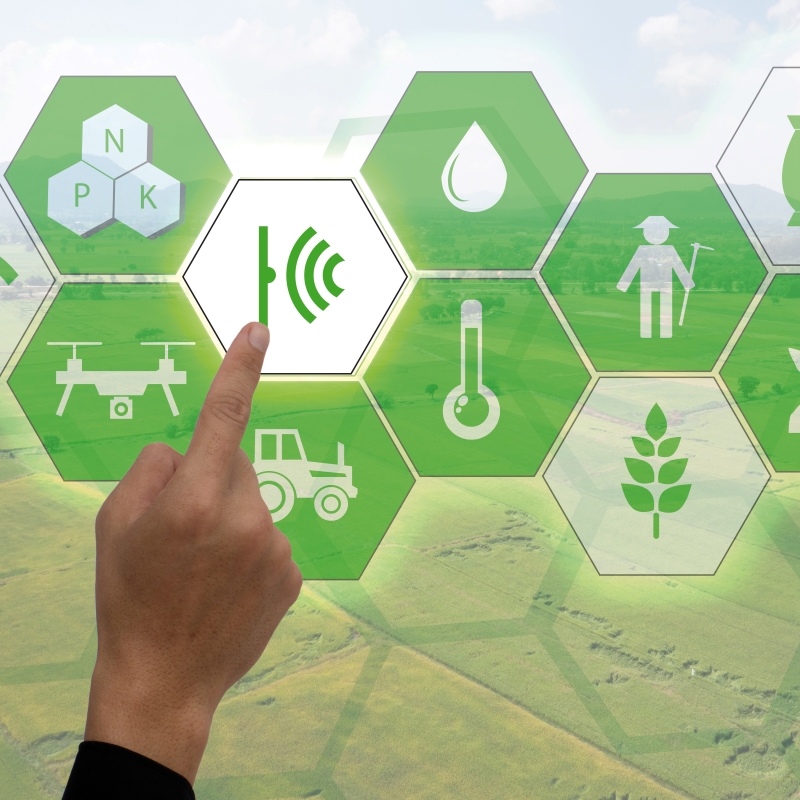 Home Chef, a meal kit delivery company with 3.5 million meals delivered each month, has announced a new collaboration with Impossible Foods. Each week, Home Chef will offer several recipes where customers can swap out traditional animal-based proteins for the award-winning, plant-based Impossible Burger as part of its "Customize It" feature. Home Chef's online menu features 19 different recipes that change weekly, including 15-minute meals, Oven-Ready meals, entrée salads and Grill-Ready meals, on top of its classic recipe options and protein packs. Impossible Foods' flagship product, the Impossible Burger, will be offered in a convenient 12-ounce package of ground meat.

Waitrose is launching two new dairy-free oat drinks by Minor Figures, as sales of alternative milks continue to grow. Oat milk is proving particularly popular among Waitrose customers, with sales up 113 percent. Online searches for ‘oat milk’ are up 210 percent, and the search term ‘barista oat milk’ is up 1,517 percent on Waitrose.com vs. last year. Reflecting the trend that coffee lovers have been recreating their favorite drinks at home, Waitrose reports that sales of barista-style alternative milks – those that are designed primarily to be used in coffees – are up 64 percent, and in the earlier stages of lockdown. Both Waitrose and John Lewis saw a rise in sales of whole bean coffee and coffee-making equipment as shoppers missed their daily trip to the café.

In brief: Acquisitions
DSM and Avril, France's fourth-largest agro-industrial group, announced the launch of their joint venture, Olatein, to produce canola (rapeseed) proteins for the global food market. One year after announcing their intention to work together, Avril and DSM have finalized their partnership and will begin construction on a manufacturing facility in Dieppe, France. 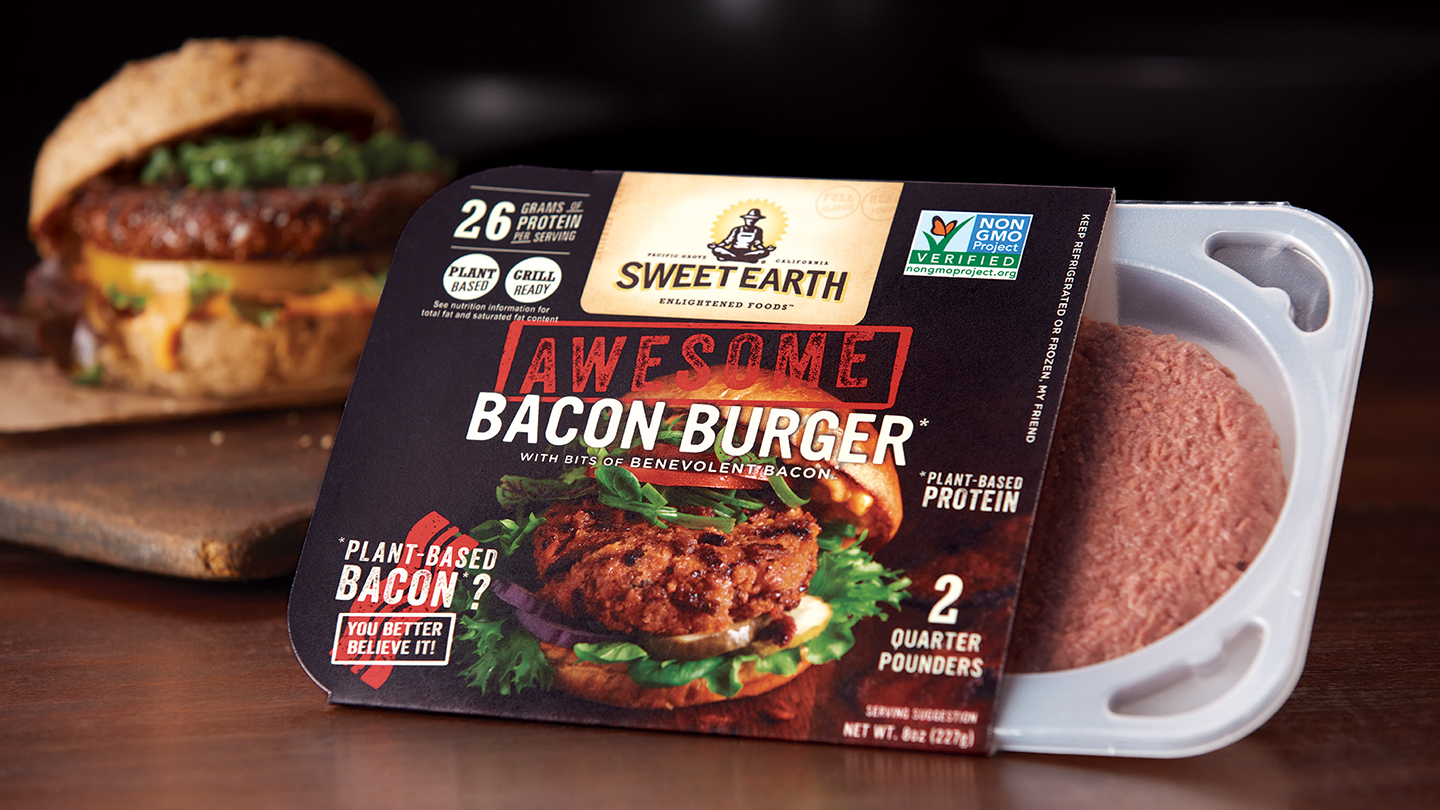 Sweet Earth Foods has revealed its Awesome Bacon Burger
Corbion has appointed IMCD, a distributor of specialty chemicals and food ingredients, as the new distributor of most of its ingredients in Australia and New Zealand. For manufacturers of confectionery, beverages, baked goods, sauces, dressings, condiments and prepared foods, IMCD began representing Corbion on July 1. For meat, poultry and seafood, The Hela & Schwarz group will continue as Corbion's exclusive distributor partner.

In brief: Other highlights
White Castle, the US’s first fast-food hamburger chain, has announced a planned pilot with Miso Robotics – creators of the first autonomous grilling and frying kitchen assistant, Flippy – to accelerate the adoption of artificial intelligence (AI) and robotics in the restaurant industry. As part of the deployment, White Castle will bring the new version of Flippy, Robot-on-a-Rail (ROAR), into kitchens for testing and future integration. The deployment will put autonomous frying to work for enhanced production speeds, improved labor allocation and an added layer of health and safety in the cooking process. Like many sectors, the restaurant industry has been impacted by the COVID-19 pandemic and has been forced to reexamine business operations and best practices. Through the adoption of innovative and forward-looking technologies – like robotics automation and artificial intelligence – restaurants can build a future-focused kitchen that reassures customers of the best food preparation standards, the chain envisions.

The California Prune industry has seen exports to Japan rise by 8 percent, partly boosted by consumer desire for nutritious, shelf-stable foods against the backdrop of the pandemic. The California Prune Board (CPB), which highlights the premium prunes supplied by the US state’s growers and packers, believes the jump in sales has also been driven by a successful television advertisement campaign, which has seen California Prunes back on Japanese screens after a six-year hiatus.

Innovation across the plant-based field is moving at warp speed, with companies experimenting with new ingredients, striving to meet the pillars of consumer demand:... Read More