You are in : All News > Matrix Meats CEO predicts plant- and cell-based hybrids will lead cultured meat revolution 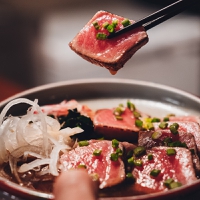 19 Aug 2021 --- The burgeoning cultured meat industry is forecasted to be the next big food revolution by early pioneers in this space. But change is still gradual and hindered in some parts of the world by cost inefficiencies and pushback by conventional meat proponents in the US and South America. FoodIngredientsFirst speaks to Eric Jenkusky, CEO of cell-based meat scaffolding provider Matrix Meats, who shares his vision of a slaughter-free global food chain.

“We are very bullish on the future of this industry and a lot of money and attention is now on the cultivated meat space, obviously falling under the alternative protein world on the back of successes from Impossible Burger, Beyond Meat and Just.”

“I fully believe we’re witnessing the next food revolution,” he remarks. “This is what it must have been like to be in the room with Henry Ford when he told this group of engineers – we’re gonna build this model T with this combustion engine and displace the horse and buggy.”

“It’s the same or even a greater paradigm shift in the way that human beings behave and act.” 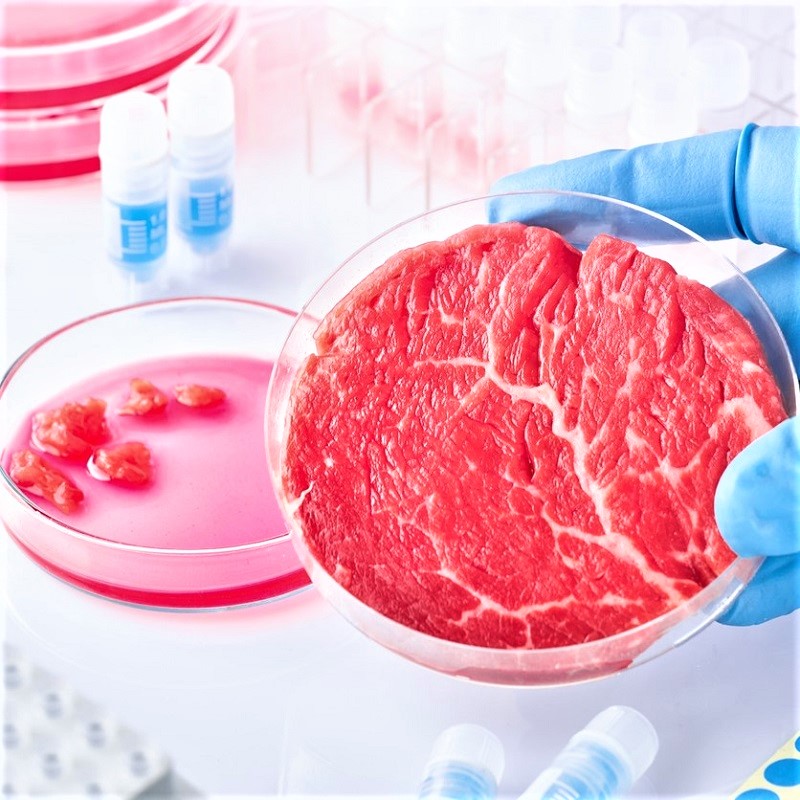 A likely outcome for the short-term are products that incorporate both plant-based protein and cultivated meat.Setting up a brand new world food system
One constant across an ever-evolving F&B sector has been the appetite for creativity. Setting up a brand new food system for the world, Jenkusky muses, would entail a departure from the familiarities of our current food system.

Consumers who crave different – either against the benchmark of sustainability or prompted by a desire to explore with taste buds – are propelling a movement that frequently challenges conventional ideas of what meal formats should look or taste like.

Meanwhile, the hunt for alternative protein sources has yielded an expanding plethora of solutions based on microalgae, volcanic microbes and even thin air.

But change is always gradual. Jenkusky anticipates that it will take several years before supermarket aisles begin offering whole cuts of structured pieces of cell-based meats, which have all of the components found in a traditionally slaughtered piece of meat.

A more likely outcome for the short-term are products that incorporate both plant-based protein and cultivated meat, he notes. “I believe that the first products that will hit the supermarket shelf will probably either be minced meat products or hamburgers.”

“I’m very excited about the future. What I believe is going to happen is that we’re going to start to see a lot of hybrid products start to come out in the coming years, which will contain a combination of plant-based and cultivated meat,” he envisions.

“Even right now with traditional sausage products that are made from slaughtered meat, there’s a lot of filler based on vegetables, potatoes, apples or pineapple.”

In 2018, the US Cattlemen’s Association began petitioning its government to bar cell-based meat companies from calling their products “meat” or “beef.”Standing up to the big slaughterhouses
Last month, Nestlé announced its plans to enter the cultured meat arena, sparking discussions among cell-based players about the knock-on effects of this bold move for the fledgling industry at large.

“One of the hurdles is government regulation – whether it’s the US Department of Agriculture [USDA] or Food and Drug Administration here in the US, or the equivalent in the EU,” Sandusky highlights.

“And there’s a big battle going on between the traditional food manufacturers, meat slaughterers and cattlemen’s associations here in the US to attempt to regulate what cell-based products can be called at the state level.”

In 2018, the US Cattlemen’s Association began petitioning its government to bar cell-based meat companies from calling their foods “meat” or “beef,” even considering the precise origins of this novel food type.

At the time, animal welfare organization PETA reacted: “The petition of the US Cattlemen’s Association to the USDA asking that it restrict the use of terms traditionally associated with meat and beef, prevent cell-cultured meat from being labeled ‘meat,’ and dictate whether it can be sold ‘at the meat counter’ is a desperate maneuver by one industry to stop the rise of another.”

“This is a futile attempt to combat the skyrocketing popularity of humane foods and a stab at protecting its industry from inevitable decline.”

A gradual transition
Jenkusky does not believe that slaughtered meat will disappear from dinner tables entirely.

“There’s a lot of folks that are, you know, potentially going to be displaced,” he remarks. “But that’s going to happen over decades.”

“It’s not like somebody’s going to flip a switch and tomorrow all the slaughtered meat is going to be out of the supermarket and we’re going to be eating only cultivated and plant-based meat,” he says.

“That’s not going to happen. It’s going to be incremental, people will have time to change and adapt to the market conditions.” 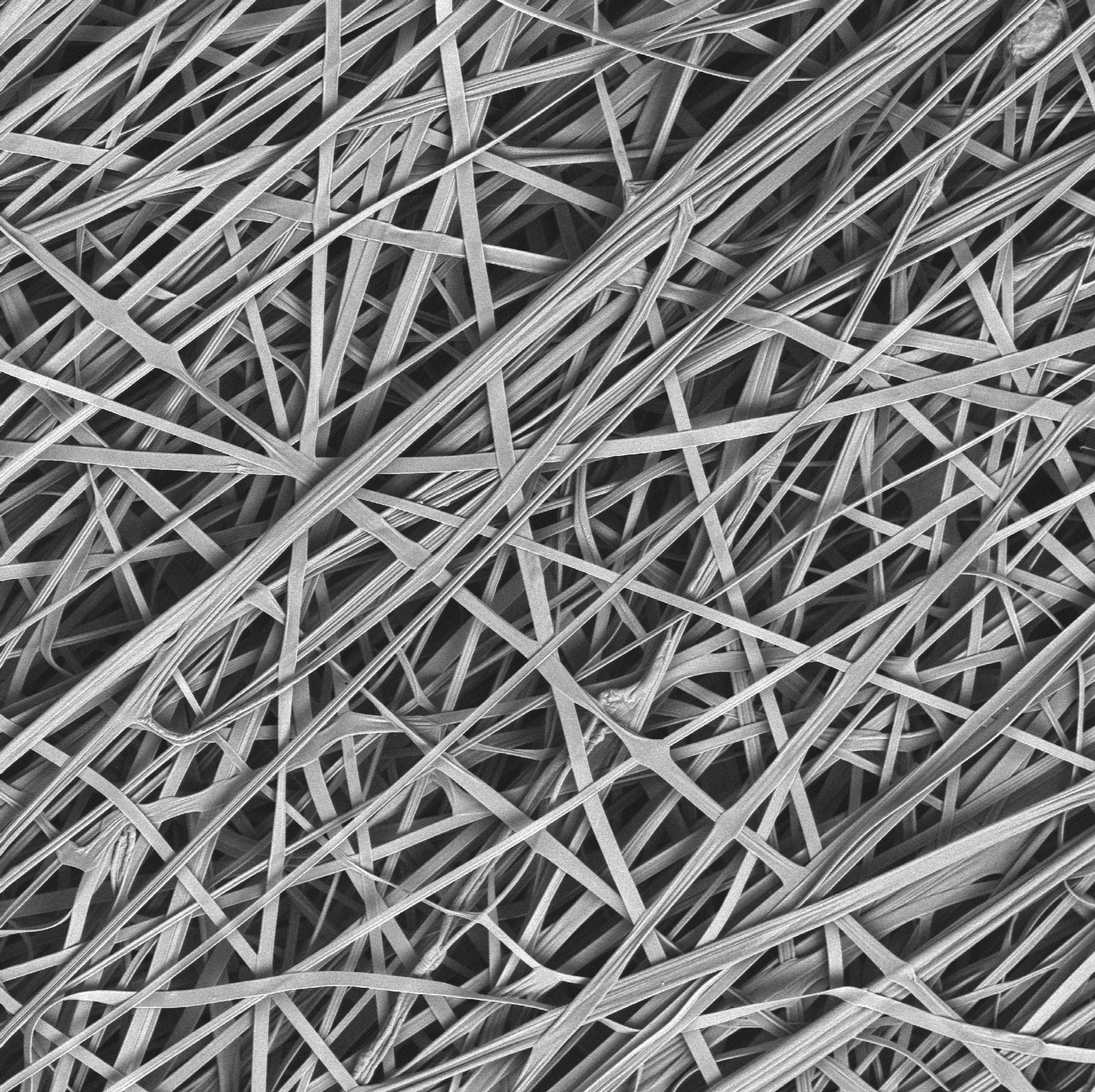 Proprietary scaffolding system by Matrix Meats. (Credit: Matrix Meats)Price gap closes in
But cultured meat is edging closer to price parity, according to some analytics.

Future Meat Technologies – currently working in collaboration with scientists at Nestlé Research in Lausanne, Switzerland – was the first company in the industry to break a price record, producing cultured chicken breasts for only US$3.90.

And recent analysis by Dutch research organization CE Delft has found that cultivated meat may hit competitive cost and environmental benchmarks by 2030.

“I think we have a massive opportunity in many places in the world,” Jenkusky reiterates. “If I were to guess, I believe that the Indian subcontinent, Middle East, Africa and obviously Europe and North America are places that will be accepting cell-based.”

“I think South America and parts of Central America would be slower to adopt this in practice because they have a very focused traditional beef and chicken diet.”

This proprietary process transforms an array of different synthetic or organic compounds into a structural replacement for the non-muscle, non-fat (extracellular) proteins in all types of cell-based meat.

“We were able to repurpose that intellectual property for the cultivated meatspace,” says Jenkusky. “Our technology allows us to do a number of things including controlling fiber diameter alignment.”

With its technology, Matrix Meats can input variables such as vitamins, minerals and growth factors into its scaffolds.

“This gives us a really broad capability,” Jenkusky continues. “Some of the other products that are out there on the market are extremely limited and consume certain resources that we’re trying to eliminate from the food process.” 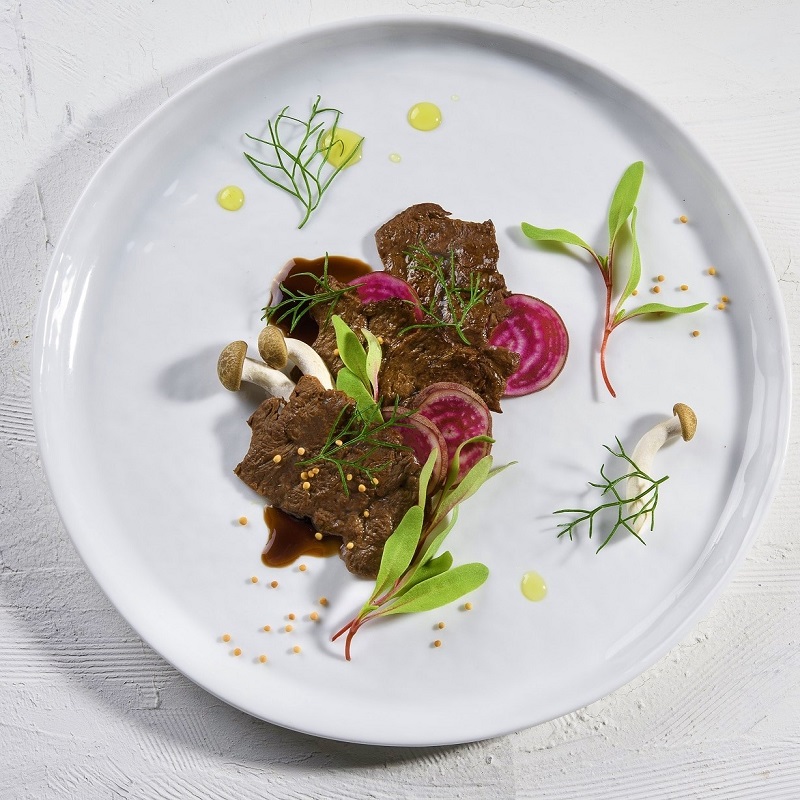 Aleph Farms – the company behind the world’s first cultivated beef steak, ribeye cuts and the first cultivated meat grown in space in 2019 – recently secured US$105 million in Series B funding.

Another significant commercial opportunity for cell-cultured protein products lies within the seafood category. The segment has already attracted mammoth investment over the last year, such as the US$12.6 million funding of cell-based shrimp by Shiok Meats in Singapore.

“We're really optimistic that with the attention and the investment that this sector is seeing that we are going to be able to see products on the shelf,” comments Jenkusky.

“This will prompt our government regulators – who are currently part of the issue why this is not moving as fast as it should – to implement the regulations and standards that will allow this industry to grow and flourish.”