You are in : All News > Reviewing pesticide cuts? EU urged to scrap reduction targets or face exacerbating food crisis 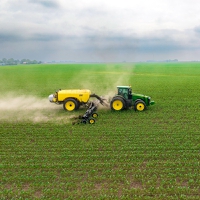 13 Sep 2022 --- Concerns are mounting that plans to reduce pesticide use across the EU by 50% within eight years may be revised amid the global food crisis. Europe’s goal to cut pesticide by half by 2030 is coming into question as agri organizations argue that a targeted use of pesticides is essential to secure food supply and a cut at this time would exacerbate an already difficult agricultural landscape.

The fear is that if the EU were to continue to push ahead on its pesticide reduction goals, this would cause even more problems to the bloc’s agriculture and farmers, who are already severely impacted by rising energy costs, the climate crisis and a myriad of challenging market dynamics.

“EU agricultural production will severely decline, prices and farmers’ income will be profoundly affected and the environmental gain will be very limited due to third country environmental leakage. In addition, the EU’s dependency on food imports will drastically increase and some studies even foresee the EU turning into a net importer,” agri-cooperatives and European farmers representatives Copa-Cogeca tells FoodIngredientsFirst.

The organizations call the 2030 targets “over-ambitious and irresponsible” in the current socio-economic and political context.

“If the Commission is already aware of these negative effects, they should firstly devise a robust system that neutralizes the aforementioned negative side effects in order to guarantee the competitiveness and robustness of the EU agricultural sector before setting a legally binding target which, in any case, may not be realistic and which could be very detrimental for the continuity of farming activities in the EU,” the agri-cooperatives explain.

Copa-Cogeca estimates that the EU grain harvest will fall this year to 269 million metric tons in the EU, a 6.8% drop from 2021, due to the Summer drought.

The pesticide reduction targets have also been flagged as unfair by countries such as Poland, who claim to already use farming products moderately.

“The setting of minimum reduction thresholds for national reduction targets should be as flexible as possible, taking into account historical reduction in use and geographical and socio-economic conditions of the different member states,” underscores Copa-Cogeca.

Furthermore, with sky-high fertilizer prices, which have doubled this year according to the UN, many farmers are already using fertilizers conservatively. 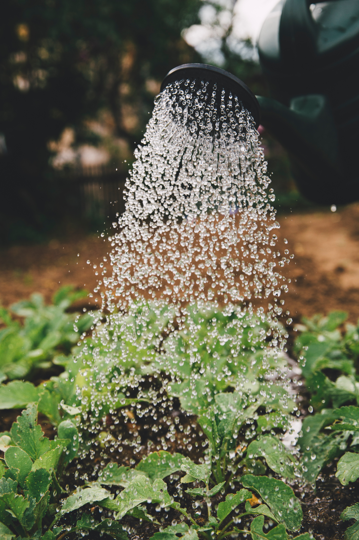 The organizations call the 2030 targets “over-ambitious and irresponsible.”Unrealistic regulations
A 50% reduction in pesticide use by 2030 is flagged by the agri-food sector and some member states as utopic, even more at a time when food insecurity is spreading across nations.

The Commission might postpone its goal as it has done before this year, with some environmental regulations being derogated temporarily in order to boost cereal production.

By postponing some crop rotation regulations the EC allowed farmers to put back 1.5 million hectares in full production to help bring down cereal prices.

The pesticide and fertilizer reduction targets from the EU had already raised concerns before the global food crisis really started to kick in.

This was evident during the Dutch farmers’ protests beginning in 2019. Since then, they have become increasingly violent. The Netherlands is currently the second largest exporter of agricultural produce in the world; if the climate targets are followed, 11,200 farms will be forced to close.

“For Member States that have already reduced their usage of pesticides, a further reduction would mean double-digit percentage yield losses, lower competitiveness and a bigger threat to EU food security, thus potentially increasing our reliance on imports,” explains Copa-Cogeca.

“This increase in dependency on international trade will, furthermore, export environmental problems to countries that may need to transform more natural land to agriculture, not to mention the higher greenhouse gas emissions trade-offs that this will entail in those countries. Moreover, if the Regulation applies, Member States already performing well will also be punished and that is not acceptable,” the organization highlights.

Copa-Cogeca also flags that third countries have less strict regulation of pesticide and fertilizer use than EU countries.

Similarly, in Canada, the Alberta province regional government is criticizing the Trudeau administration plans to reduce fertilizer use by 30% by 2030.

“The world is looking for Canada to increase production and be a solution to global food shortages. The federal government needs to display that they understand this. They owe it to our producers,” says Nate Horner, Alberta’s Minister of Agriculture.

In its biodiversity efforts, France will reward farmers who ban the use of pesticides, use adapted fertilization and perform grazing management.

Ireland and Poland will create buffer zones along watercourses, where the use of all types of fertilizers and plant protection products will be restricted.

Poland will invest more than €830 million (US$832 million) in farmers who commit to carbon sequestration, organic fertilization, organic farming and integrated production.

Black Sea corridors
The EU might be reluctant to take more measures toward easing environmental regulations due to more food coming from Ukraine’s ports, which is helping alleviate markets.

The UN Conference on Trade and Development flags how the Black Sea grain initiative to create a corridor to transport food coming from Ukraine ports is helping stabilize global food markets.

“The deal to export foodstuffs from Ukraine has helped bring down the prices of grains, cereals and oils,” according to the organization.

While cooking oil prices started going down before the deal, particularly in June – due to Ukraine already exporting some oil through Europe before the deal and bumper stockpiles in Indonesia and Malaysia – the trade deal did come at a time when world food commodities were already going down.

Commodity prices significantly deflated in July, heavily due to a considerable drop in cereal costs, the positive trend continued in August. However, the World Food Programme says it has not been enough to dent inflation. In the case of Europe, energy prices don’t allow producers to stabilize their prices.