You are in : All News > Researchers flag stickers and a smartphone for easy nitrite detection on foods

04 Aug 2022 --- Researchers from the American Chemical Society (ACS) have developed a color-changing film that consumers can stick onto foods and quickly analyze nitrite levels by snapping a picture with a smartphone. The researchers flag that this novel approach could be a user-friendly and inexpensive way for consumers to determine food nitrite levels.

Many consumers want to limit consumption of these preservatives because the substances can form potentially cancer-causing compounds, and knowing how much is in food has previously been difficult to determine.

Cured and processed meats, such as salami and bacon, are often treated with nitrite or nitrate salts to keep them looking and tasting fresh. Though nitrate is relatively stable, it can be converted to the more reactive nitrite ion in the body. 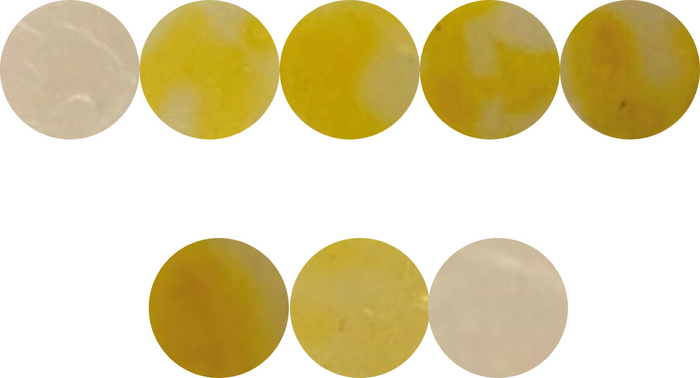 A new film reacts to nitrite anions through a color change, turning darker with higher nitrite levels.When in the acidic environment of the stomach or in high heat, nitrite can undergo a reaction to form nitrosamines, which have been linked to cancer. Some methods to determine nitrite levels in foods already exist, but they are not very consumer-friendly and often require expensive and laborious techniques and instruments.

Color determines nitrite levels
The researchers developed a film called “Polysen,” which stands for “polymeric sensor,” made of four monomers and hydrochloric acid.

Disks punched from the material were placed on meat samples for 15 minutes, allowing the monomer units and acid in the film to react with nitrite in a four-step azo coupling reaction.

The disks were then removed and dipped in a sodium hydroxide solution for one minute to develop the color. The film’s yellowish hue deepened with higher nitrite levels in the food.

To quantitate the color change, the researchers created a smartphone app that self-calibrates when a chart of reference disks is photographed in the same image as the sample disks.

The team tested the film on meats they prepared and treated with nitrite, in addition to store-bought meats, and found that the Polysen-based method produced results similar to those obtained with a traditional and more complex nitrite detection method.

In addition, Polysen complied with European regulations for transporting substances from the film to the food. Nitrates and nitrites give processed meats their characteristic pink color and robust flavor.

Nitrates in the spotlight
With the increased scrutiny around nitrites and growing consumer demand for healthier alternatives, processed meat manufacturers are looking for clean label solutions to avoid nitrites naturally.

Givaudan recently unveiled NaNino+, a patent-pending combination of plant-based ingredients and natural flavorings that can replace nitrite in processed meat.

Resveratrol taken from Japanese knotweed was previously spotlighted in research to replace the nitrite preservative in cured meats potentially.

Meanwhile, Dutch food engineers at Vaess introduced VascoPrime, a “primer” for plant-based sausages from slipping out of their casings. In addition, the company also leveraged biotechnology to develop a “smart brine” solution for nitrite-free processed meat, such as bacon.

A sizable percentage of older US consumers have an unhealthy relationship with highly processed foods, according to a new poll. The findings revealed that much higher... Read More

The appetite for plant-based frozen desserts continues to grow, and this growth has seen an increase in the range of natural sources they can be derived from. The market... Read More