You are in : All News > Japanese knotweed extract could replace nitrites to slash processed meats’ health risks

22 Sep 2021 --- Resveratrol taken from Japanese knotweed holds potential for replacing the nitrite preservative in cured meats such as bacon and sausages, according to a new UK study. Clean label alternatives are in high demand as high-nitrate diets have been linked to a higher risk of colorectal cancers.

“This project was mainly a feasibility study. It is now up to the meat processing industry to use and apply the results,” Gunter Kuhnle, a study author and professor of nutrition and food science at the University of Reading, tells NutritionInsight.

Japanese knotweed is a fast-growing plant often feared by homeowners for its ability to invade gardens. The researchers used an extract produced by Italy-based Nutraceutica.

They found that tell-tale signs of nitrite content in participants’ feces were significantly lower from both specially formulated meats, and levels were like those who were fed on minimally processed white meat.

Using natural additives in processed red meat reduces the creation of compounds in the body that are linked to cancer.Kuhnle is not aware of any drawbacks of using Japanese knotweed extract in meat. “It did not have an adverse impact on flavor, texture or consumer acceptance. There is – as with all extract –the risk of hypersensitivity or allergy, but I don’t know of any cases.”

As well as developing versions of cooked and dry-cured red meats which replaced nitrite with these natural alternatives, the project also tested whether those substitutes would have an effect alongside normal nitrite levels found in processed red meats.

“Surprisingly, the natural additives seemed to have some protective effects even when the red meat still contained nitrite. This suggests that natural additives could be used to reduce some of the potentially harmful effects of nitrite, even in foods where it is not possible to take out nitrite preservatives altogether,” says Kuhnle.

Assessing water
Another major consideration for the team was how the nitrate content in drinking water can significantly affect the formation of nitrite, which is produced in the body, as found in previous research.

The team controlled water content during the trial and participants were tested with both low and high nitrate-containing water across separate testing periods.

By controlling for drinking water, the results showed that the red meats with resveratrol produced lower levels of the tell-tale signs of nitrite production in the body than either conventional red meat or the unprocessed white meat.

This latest paper, published in Molecular Nutrition and Food Research, is part of the Phytochemicals To Reduce Nitrite In Meat Products (PHYTOME) project, which is co-funded by the EU and has been running since 2012.

The PHYTOME project has already developed a range of sausages and hams with a mixture of plants and fruits added to them, like rosemary and green tea.

Resveratrol from other sources
Kuhnle explains that Japanese knotweed extract’s likely mode of action is based on phenolic compounds in the extract, mainly resveratrol. Phenolic compounds can react with nitrite and nitrosating species and thereby prevent the formation of nitrosamines in the stomach or intestinal tract.

However, he notes that other sources of resveratrol, which is also found in grapes and red wine, would likely be just as effective. “We looked at a range of different sources based on availability and suitability to include it in meat products without affecting taste.”

Dr. Duane Mellor, who was not involved in the study and is a registered dietitian and senior teaching fellow at Aston Medical School, UK, also comments it is perhaps less important that this compound is obtained from Japanese knotweed. 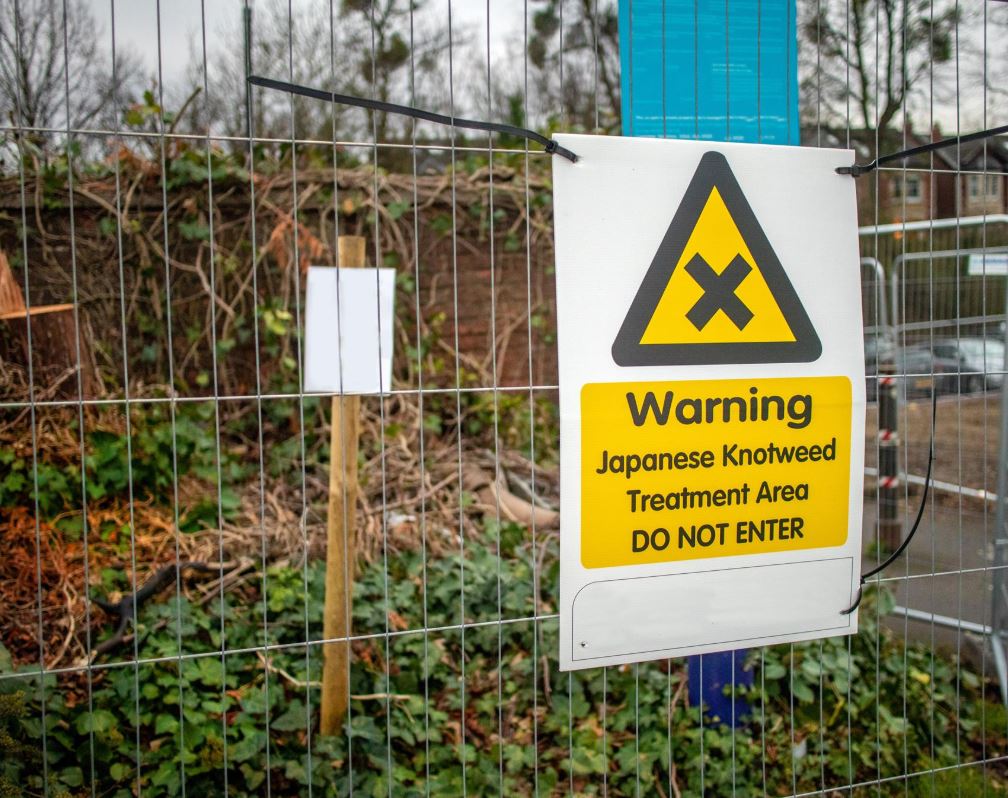 Japanese knotweed is classified as an invasive and destructive species in several countries.

“Rather, a range of compounds with antioxidant properties obtained from vegetables and fruit is able to help preserve meat products and through storage and digestion lead to less carcinogenic compounds being produced,” he points out.

A clean label solution?
The ongoing worries about highly processed red meat have often focused on the role of nitrite and its links with cancer, notes Kuhnle.

Using plant-based ingredients is likely to appeal to consumers prioritizing clean labels. According to Innova Market Insights, three in five global consumers are interested in learning more about how their food is made as transparency demands gather pace.

However, Mellor points out that bacon and sausage’s salt and fat intake still needs to be considered. “These may not be desirable health-wise, so perhaps sausages and bacon are not quite health foods yet.”

However, aspects like sodium and protein levels are often sticking points in the nutrition profiles of plant-based meat alternatives.

After raising US$150 million in a Series C funding round, US-based Meati Foods is opening a new industrial-scale facility in Colorado to expand the production of its... Read More