You are in : All News > Propelling pea protein: Roquette invests in Daiz to boost plant-based portfolio 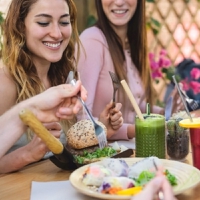 24 Jan 2023 --- In a move highlighting the continued popularity of pea protein, Roquette has invested in Daiz, a Japanese start-up that has developed the means of using plant seed germination and an extrusion process to enhance the texture, flavor and nutritional profile of plant-based foods.

While initially developed for soy, Daiz’s proprietary technology will be applied to pea as part of Roquette’s plant-based, pea-heavy portfolio expansion.

Financial details of the investment were not disclosed.

“Pea protein is an indispensable ingredient for plant-based meat alternatives that are expanding in Europe and North America,” he says.

“Through the partnership, we anticipate that Daiz’s germination technology, called Ochiai Germination Method JP-5795679, will be able to contribute to the further enhancement of functionalities of pea protein to the market of plant-based meat alternatives and beyond.”

Pierre Courduroux, CEO of Roquette, hopes this investment will further strengthen Roquette’s position within the pea and plant-based protein space.

“This investment in DAIZ reflects our commitment to developing plant-based ingredients,” he explains.

“It comes a year after we opened the world’s largest pea protein plant in Canada and adds to our Nutralys plant protein range extension in organic pea and rice protein. We have also continued to build capabilities to co-develop with our customers and scale new plant protein ingredients.”

Roquette has expanded its plant-based portfolio by investing in Japanese start-up Daiz.Pea space continues to boom
The pea market has recovered from droughts that struck Canada in 2021, which caused a drop of 45% in production and a 120% increase in price compared to 2020.

Building on this recovery, 2022 proved to be a big year for pea proteins, with various players either entering or further investing in the space. That year, Roquette reported demand for pea protein was booming, with multiple industry estimates expecting an annual global growth rate between 15 and 24% over the next decade.

Last year, Merit Functional Foods revealed Peazazz C, its high-protein pea ingredient with a grit-free texture and without sedimentation with formulations in proteinous ready-to-drink beverages. At the same time, Cargill expanded its RadiPure pea protein in the Middle East, Turkey, Africa and India.