You are in : All News > Weekly Roundup: LDC signs coffee JV with Instanta, Brits reduce animal products by 37%

27 Aug 2021 --- This week in industry news, Louis Dreyfus Company (LDC) and Instanta announced plans to build an instant coffee plant in Vietnam. Univar Solutions agreed to serve as Solvay’s distribution partner for the agrochemical market in Brazil. Meanwhile, Wixon is on track to expand its operations in Wisconsin, US.

In brief: business moves
As part of its commitment to nourishing the world in a safe, and sustainable way, Cargill is developing the II phase of its alliance with World Central Kitchen (WCK), which began in 2017, to train cooks in charge of preparing meals for school children. The project is part of the regional campaign called “Crece Sano”. In this second stage, Cargill will invest more than US$110,000 to train 198 cooks from 40 schools close to its operations in Central America, which includes Guatemala, Honduras, and Costa Rica, to improve the nutrition of more than 13,700 students. 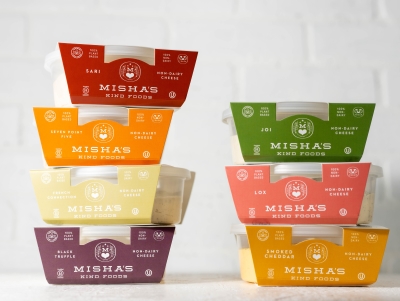 Increased demand has helped boost exports of UK pork to non-EU countries – with 122,850 metric tons shipped in the first six months of the year. According to HMRC, a total of 177,638 metric tons of pork has been exported around the world so far this year, bringing a £304 million (US$416 million) boost to the UK pork sector. While total shipments are slightly down on last year’s figures due to COVID-19 and the fallout of Brexit, shipments to countries outside of the EU increased by 30 percent compared to the same period last year – worth £220 million (US$301 million) . The lion’s share went to China with 83,000 metric tons shipped between January and June, worth almost £150 million (US$205 million). Other markets in Asia, such as the Philippines, provided a boost, with exports rising from 2,800 metric tonnes to more than 14,300 – valued at £22 million.

In brief: Plant-based highlightsThirty-seven percent of UK consumers say they have actively reduced or removed animal products from their diet in the last five years.
Misha’s Kind Foods, a California-based dairy alternative company, has closed a US$3 million seed round with participation from Marcy Ventures Partners Fund II, L.P., Lisa Shamus & Partners, and Chris Paul, 11-time NBA All-Star and businessman. Misha’s Kind Foods will use the investment for product development, retail expansion and staff growth.

Thirty-seven percent of UK consumers say they have actively reduced or removed animal products from their diet in the last five years, according to a survey by The Vegan Society and BOSH!. While 28 percent say, they have cut back or removed meat, 19 percent state they have reduced or removed dairy in their diet. Tenpercent of Brits said they had either cut back or removed both meat and dairy. When it comes to eliminating meat from their diet, personal health was cited as the reason for 49 percent of people, with 36 percent saying it was because of environmental causes. Thirty-one percent say they were motivated by ethical reasons and animal rights, while one in five (25 percent) revealed they have cut back on meat purely because of taste preferences.

Furthermore, a new survey released by The Vegan Society has revealed nearly one in four (23 percent) UK consumers said they were looking forward to a completely vegan BBQ this summer.

In brief: CO2 emissions calculator
New research reveals that a cheeseburger produces more grams of carbon dioxide equivalent (gCO2e) than any other trending food, followed by mozzarella sticks and then banana bread. With My Emissions revealing that 25 percent of greenhouse gas emissions come from food, Uswitch has analyzed each ingredient of the top trending food and drink to discover which recipes have the most impact on the planet. The research involved running the ingredients of 72 recipes through the My Emissions Food Carbon Footprint Calculator and adding up the total emissions number for each one to discover the highest and lowest emitters of the top trending food and drink.

Solvay has invested in Suanfarma’s Cipan manufacturing site in Portugal to develop its biotechnological capabilities and support the development of natural... Read More