You are in : All News > Odorless king of fruit: Non-stink durian debuts in Thailand 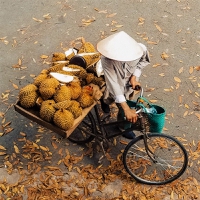 25 Jul 2022 --- An odorless version of the divisive stinky fruit durian has been introduced in Thailand. This new type of durian is believed to be a branch of the popular Mon Thong variety grown in the province of Nakhon Ratchasima, northeast Thailand. Growers claim that the new durian variety is sweet, tender, and has no peculiar smell.

Currently, this odorless durian variety has been granted a trademark and geographical indication (GI) certificate by Thailand’s National Office of Intellectual Property, recognizing that the product originates from a specific geographical location and has prestigious quality credited to the region.

Removing characteristic odor
Thai fruit tree researcher Songpol Somsri was responsible for creating the Chantaburi durian variety, a durian variety without a pungent odor, which is also described as fragrant and sweet.

However, the characteristic aroma of ripe durian fruit is still widely considered an attractive scent, with some consumers comparing it to sweet custard. 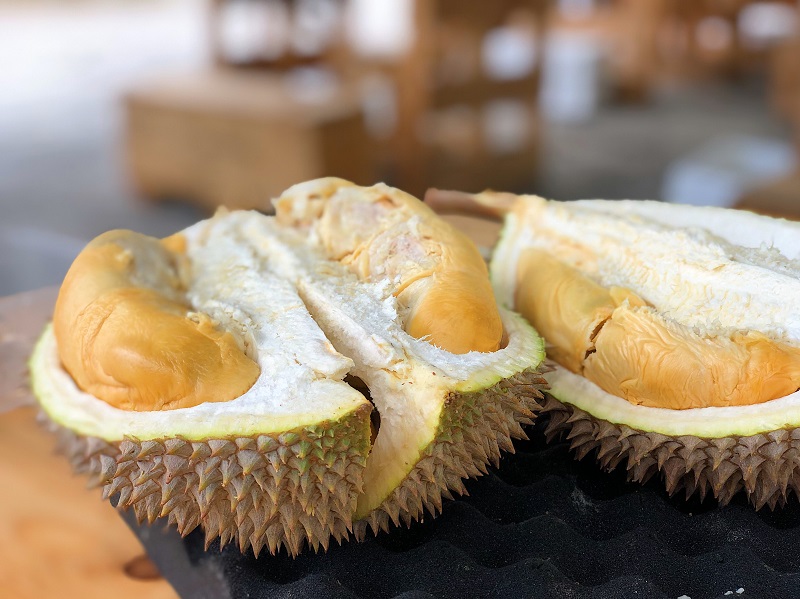 The conventional durian smell has divided the public, with some highlighting similarities to custard, while others describing its scent as that of rotting fruit or garbage.The confectionery industry has even seen the launch of durian-flavored Kit Kat bars and candies, while iterations of durian ice cream and freeze dried snack formats have been popular across Asian markets.

Durian holds further potential as the source of novel food rheology solutions. Scientists from Nanyang Technological University, Singapore (NTU Singapore), have developed an all-natural food stabilizer from the seeds of the durian fruit.

The seeds (about 3-4 cm in diameter) – which are normally thrown away after the flesh is consumed – were processed using the NTU team’s patented technique to harvest the thick gum from the seeds.

Banned from public spaces
The strong odor of durian fruit – which is often compared to the smell of gas leaks, used socks mixed with onions, or rotting garbage – causes an unpleasant odor for many people.

At present, the fruit is banned from most hotels, airlines and public transport in many Asian cities, such as Singapore.

One example of a ban coming into force took place in 2017, when a Chinese woman visiting Thailand was forced to throw away two durians she purchased as a gift after railway officials prevented her from boarding a train due to its unpleasant smell.

In 2019, a durian was dumped near an air vent at an Australian university, prompting students and staff to evacuate the campus and call rescue teams to locate the source.

King of fruit trade
Thailand recently released its 2021 fruit export numbers, ramping up its exports by almost a half in a year. According to Global Trade Atlas data, this rocketing surge in exports has positioned Thailand as the 7th largest fruit exporter.

Thailand is the world’s leading export of durian – also revered in Southeast Asia as the “king of fruit” – with revenue of 187 billion baht in 2021, mainly due to strong demand from the Chinese market.