You are in : All News > Thailand fruit boom: Exports up 48% as appetite for jackfruit, durian and coconut grows

Thailand fruit boom: Exports up 48% as appetite for jackfruit, durian and coconut grows 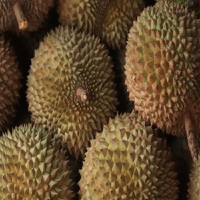 31 May 2022 --- The Asian country has released its 2021 fruit export numbers, ramping up its exports by almost a half in a year. According to Global Trade Atlas data, this rocketing surge in exports has placed Thailand as the 7th largest fruit export.

For some products, such as pineapple, exports have doubled or even quadrupled in the case of citrus foods.

Malaysia also exports jackfruit, which weighs as much as 25 kg and is used as a meat substitute, to coconuts as a water alternative, passing through the popular mango to bananas and lychee.

However, this considerable increase could have been more significant as exports were predicted to reach a 67% increase by the Trade Policy and Strategy Office of Malaysia, according to a 2021 statement.

King and Queen of fruit
Thailand’s fruit output, which peaks for most fruits between March and July, also comprises the durian. A Southeast Asia native fruit regarded as the king by locals for its large shape and rich flavor. Its strong smell is often compared to cheese, and its taste to the sweet white pulp of the mangosteen.

Mangoes are the queen of fruits and one of the most consumed varieties in Asia. Its multiple varieties have various uses; the Tamarind mango is, for example, enjoyed dry as a snack for its sweet and sour flesh, also being used in Pad Thai Noodles. 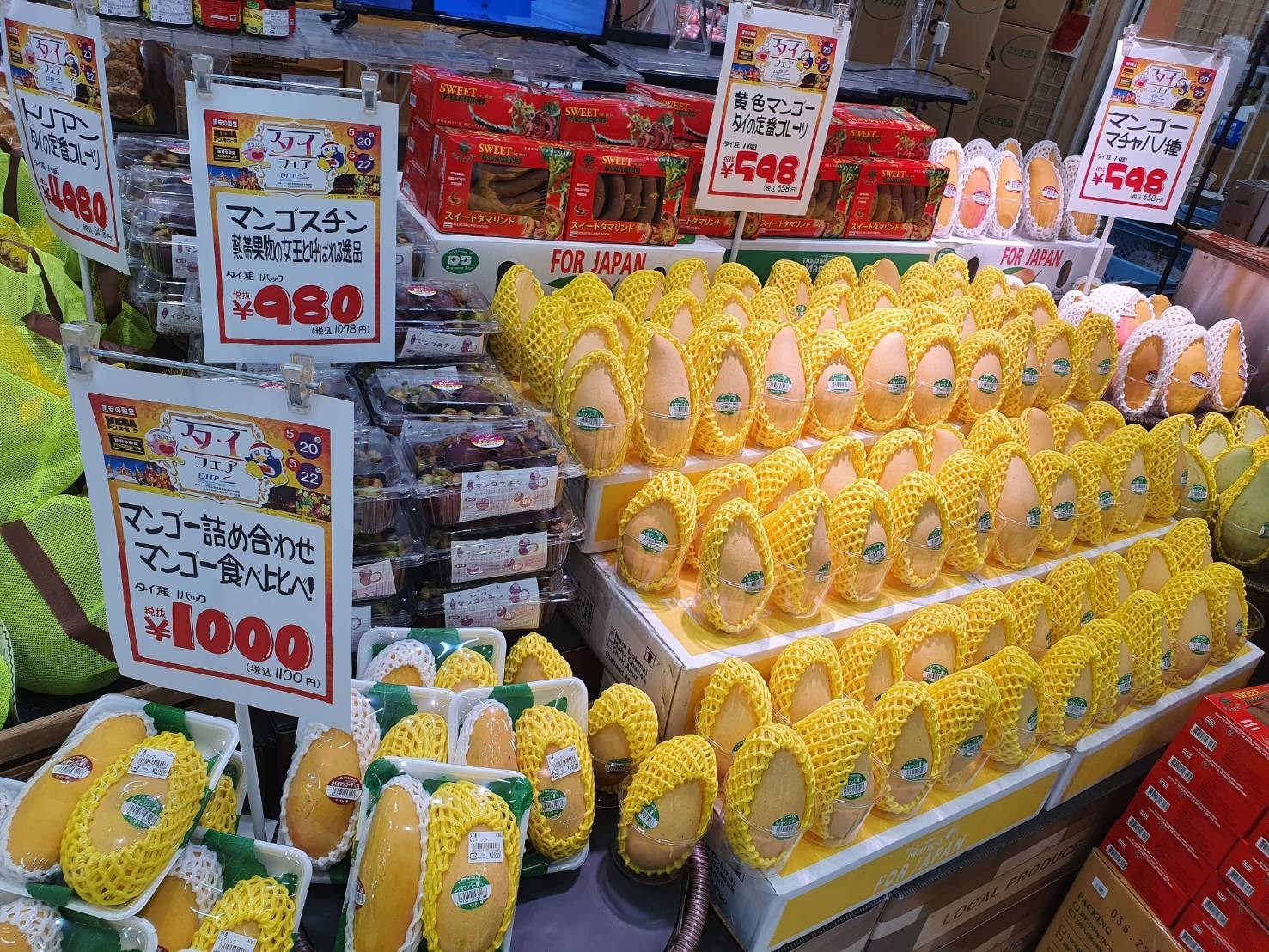 Mangoes, mangosteen and tamarind from Thailand on display in Tokyo.Expansion towards Japan
Thailand first accessed the Japanese market using its most commonly known mangoes but then diversified into other exports.

“Our policy has been to inform Japanese consumers about the variety of fruits Thailand offers,” says Pimjai Matsumoto, Managing Director of P.K. Siam.

“We started years ago with one type of mangoes, and over the years, we added more mangoes, and now other Thai fruits, such as our coconuts, durian, mangosteen, pomelo, and tamarind. Tamarind is doing very well this year, and it's now available in many department stores.”

Malaysian markets
While Malaysia has embraced a solid export approach for some markets such as fruit or palm oil –where it increased its production after Indonesia’s palm oil ban – it has also used a domestic first approach regarding other food commodities.

Malaysia banned chicken exports this May to control the surging poultry prices in the country; the move created a supply nightmare for Singapore, which exports the practical totality of its live chicken from Malaysia.

Thailand was the eighth largest global exporter of fruit juice in 2021, with exports worth US$630 million, up 13% from the previous year.

The US and European countries market has seen higher demand for organic fruit juices and rising popularity for other healthy features, such as low sugar and low calories, or the addition of nutritional substances including vitamins and prebiotics.

Singapore-based food tech start-up Karana has launched a meat alternative based on jackfruit. It will feature on menus in San Francisco restaurants.

Gold Coast Ingredients has unveiled a new range of flavor trifectas dubbed Cookies, Cream and Things for a vast range of F&B and nutraceutical applications. The... Read More