You are in : All News > Hybrid chocolate: Snickers Cinnamon Bun flavored bar hits shelves for fall

05 Oct 2021 --- Mars Wrigley has launched its latest hybrid offering, Snickers Cinnamon Bun, a chocolate bar that combines the nougat core of the original Snickers bar with the warm cinnamon flavor of a breakfast bun, offering an autumnal sensory experience.

This new bi-category NPD bar will debut in Walmart stores around the US this month in time for the start of the fall and football season. It gives consumers an on-the-go option that includes a popular breakfast flavor, according to Mars Wrigley.

“Snickers Cinnamon Bun delivers a classic flavor that welcomes the fall season and offers a moment of comfort with a taste and texture only Snickers can provide,” says Michelle Deignan, Mars Wrigley senior brand director. 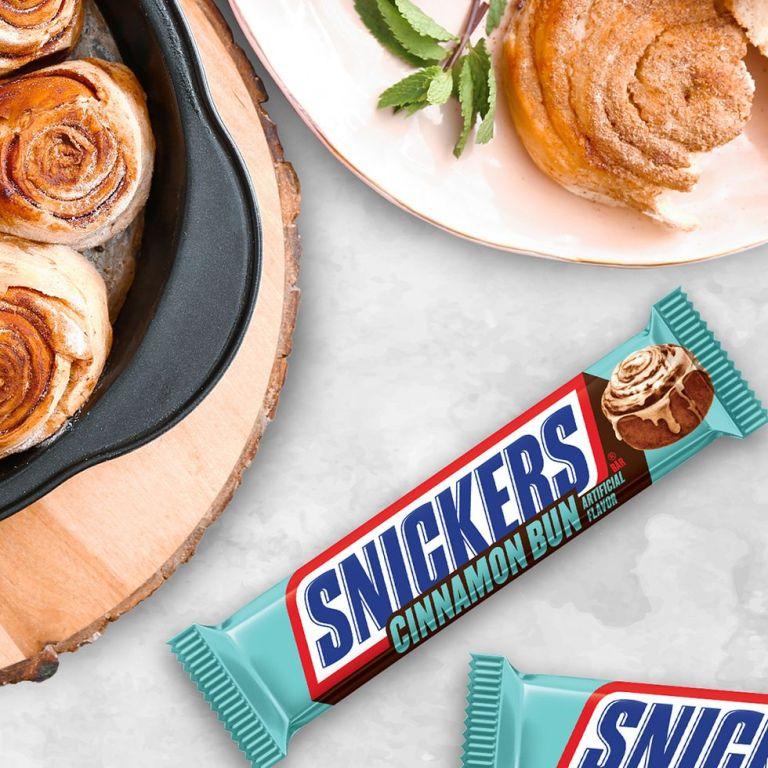 The release of this cinnamon flavored chocolate bar follows through on the brands’ trajectory of hybrid launches, which includes Snickers Almond Brownie.

According to a 2021 Innova Flavor Survey, one in three consumers globally agreed that interesting/exotic combinations influence their flavor choices in food and beverages. Innovations can feature in areas such as cross-category mashups, hybrids within beverages or sweet and savory combinations.

According to Innova Market Insights data, flavors such as seaweed and durian are featured prominently in new ice cream launches in Asian markets.

Chocolate NPD insights
According to Innova Market Insights chocolate launches have risen with a CAGR of 4.2% between 2016 and 2020. Health perceptions of chocolate, particularly dark chocolate may explain the growth which is now exceeding other confectionery categories.

Chocolate, chocolate chip and fudge, vanilla, cinnamon and fruit flavors such as strawberry, blueberry, raspberry, lemon and apple are most commonly used in new entries. However, caramel, almond, peanut butter, peanuts and hazelnut lead the way.

Salted caramel, orange and coconut are becoming more popular. Maple is growing from a very small base. The fastest-growing flavors include vanilla, strawberry, blueberry and lemon but also options like orange, cranberry, birthday cake and cinnamon sugar.

Approximately half of the Americans surveyed eat chocolate as an afternoon snack, and about half consume it as an evening snack. The consumption pattern throughout the day for cakes/pastries and sweet goods is similar to chocolate, so these categories appear to be competing for similar snacking occasions.