You are in : All News > Food safety communication between UK and EU regulators “restricted” since Brexit 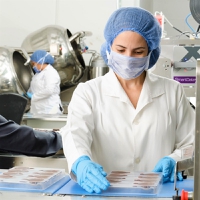 14 Nov 2022 --- A new report sheds light on what impact the UK’s exit from the EU has had on food networks, particularly in reducing communication between British and mainland European food safety regulators.

The report flags that the UK’s NRL has had less contact with the European Union Reference Laboratories (EURLs) following the UK’s break from the EU.

It is flagged that the web pages of certain presentations – such as those from the Listeria EURL meeting – now have been closed off to the NRL, hindering their oversight.

Barred access from EU database
The annual report studied the activities of the UK’s national reference laboratory (NRL) for food microbiology during the period between April 2021 and March 2022.

UK food safety regulators have had less contact with the EU laboratories following Brexit. As a result of the restricted communications, the UKHSA is no longer part of the EURL Listeria challenge testing working groups and is unable to attend most of the EURL annual workshops and training.

Meanwhile, its participation in the whole genome sequencing EURL has been significantly reduced or halted.

The UK’s Health Security Agency (UKHSA), which published this report, provided this service for the Food Standards Agency (FSA). It specifically looked at the exchange of information between the UK and EU on Listeria monocytogenes, coagulase-positive staphylococci, E. coli, campylobacter, salmonella and antimicrobial resistance.

Antimicrobial resistance, in particular, has been a growing area of concern this year, increasing at a faster rate than previously realized and in 2019. It was directly responsible for the deaths of more than one and a quarter million people worldwide, according to The Lancet.

At the heels of the EU banning the use of routine antibiotic use in farming in January, UK campaigners under the Alliance to Save Our Antibiotics called on their government to act on its promises to similarly raise the standard on farm antibiotic laws.

Less reporting
There has been a downward trend in reporting potential EU outbreaks to the UK NRL, since the outbreak of COVID-19 and Brexit.

During this reporting time frame, just one alert from the Salmonella EURL and one from the Listeria EURL were received by British regulators. The UK NRL also requested information from the EURLs to specify the sources of particular strains to help domestic incidents.

Moreover, UKHSA received three outbreak alerts from the E. coli EURL, two from US-based authorities and one from Ireland. This rate was lower than in previous years, possibly due to the pandemic. The Salmonella EURL passed on an alert concerning outbreaks in the US and Canada from Salmonella in onions.

The UK participated in the One Health laboratory capacity survey, which attempted to benchmark human, veterinary, clinical diagnostic, food and feed microbiology systems across Europe. However, results have not yet been published.

Since leaving the EU, Campden BRI has been unable to attend EURL working group meetings and participate in EURL challenge proficiency tests.UKHSA signed a Memorandum of Understanding with the European Centre for Disease Prevention and Control (ECDC) in December 2021 to help reopen communication and shared learning on public health threats through testing, surveillance and preparedness.

Furthermore, the EU has allowed the UK to participate in EURL proficiency tests. This provides the only route to get direct comparison with EU NRLs and ensure the UK NRL’s diagnostic and operating standards are comparable to the EU’s, which is important to facilitate trade in and outside the EU, according to the report.

Setbacks of EU departure
After leaving the EU, the UK planned to increase sampling of imported produce, which involved the NRL.

An online meeting in September held by UKHSA included presentations from FSA, the 2019 EU One Health report and microbiology of raw milk and beef mince.

Since leaving the EU, Campden BRI has been unable to attend EURL working group meetings and participate in EURL challenge proficiency tests.

The NRL dealt with a number of requests including an inquiry as to whether indicator E.coli could be further characterized from raw pet food, a question on detection of Salmonella Nottingham in seafood, an FSA query about Listeria testing in Enoki mushrooms and another about disinfectant use at border control posts.

Planned activities from April 2022 to March 2023 include publishing audit results on official laboratory capabilities and requirements, working with the FSA on testing post-Brexit and liaising with CEFAS on E. coli and Salmonella in shellfish.

UK food safety headaches
Two years after Brexit, Britain is still struggling to regulate food imports properly, as the UK’s Food Standards Agency will not have full import checks on high-risk food imported from the EU until the end of 2023.

Adding to the nation’s list of complications along the food chain, the UK government’s pesticide residue testing program recently revealed that the proportion of bread with two or more pesticides has doubled in the past year, prompting investigations.

Meanwhile, the UK introduced mandatory measures to keep turkeys inside in a bid to curb the deadly avian flu outbreak. UK poultry farmers are calling for birds to be kept inside to tackle rising bird flu cases, which have drastically constrained egg supplies.