You are in : All News > Fighting food crime: Honey, alcohol and horse meat fraud rife during pandemic, flags Europol & Interpol

22 Jul 2021 --- Rampant cases of food and beverage fraud have been uncovered across several EU markets in a recent crackdown led by Europol and Interpol. Fake honey made with corn syrup and sugar alterations accounted for a significant volume of confiscated goods. In addition, major infringements on alcoholic drinks led to seizures of 1.7 million liters of beverage products, while illegal horse meat was also targeted.

The coordinated operation, codenamed OPSON 2020, is the tenth of its kind. It ran from December 2020 to June 2021 and involved law enforcement authorities from 72 countries, including 26 EU member states.

Following the release of the investigation’s report, FoodIngredientsFirst caught up with Copa-Cogeca, a European association of farmers and agri-cooperatives, to discuss its findings from an industry standpoint.

“Food fraud is still an important issue with a yearly cost for the global food industry estimated to be €30 billion (US$35.4 billion),” details Ksenija Simovic, communications manager at Copa-Cogeca.

“A significant share of counterfeited products are produced outside the EU, damaging exports and indirectly the global reputation of European agri-food goods.”

OPSON 2020 conducted seizures of up to 47,660 liters of fake whiskey and 9,550 liters of counterfeit alcohol for making fraudulent spirits.Pandemic accelerates food fraud
Europol has observed that low-quality products infiltrating the food supply chain may possibly be linked to the repercussions of the COVID-19 pandemic, as highlighted by Europol’s executive director Catherine De Bolle.

“Counterfeit and substandard food and beverage can be found both on the physical market and sold online,” she warns. “The increased health risk for consumers is proportional to the reduced quality of raw materials used in the food processing system.”

Among the fraudulent products confiscated by OPSON 2020 were bivalves – a type of mollusk popularly consumed in seafood dishes – that were unfit for human consumption. This resulted in eight arrests, seven companies investigated and seizures of €120,000 (US$141,500), 25 vehicles and 12 vessels.

“International harmonization and global cooperation are pivotal to fighting food fraud in a coordinated manner, and therefore can provide a more successful protection of EU agri-food excellence wherever it would be produced, traded and consumed,” stresses Simovic.

“The most common types of food fraud include mislabeling (42 percent); replacements/dilutions/additions/removals in product (20 percent); unapproved treatment and/or process (16 percent); and document failings that are either falsified or manipulated (15 percent).”

Adulterated alcohol beverages
Colorants were found to have been used to change the quality of trafficked alcoholic beverages. OPSON 2020 conducted seizures of up to 47,660 liters of fake whiskey and 9,550 liters of counterfeit alcohol for the manufacturing of fraudulent spirits.

In Spain, the operations of Guardia Civil and customs authorities, supported by Europol, led to 14 arrests. 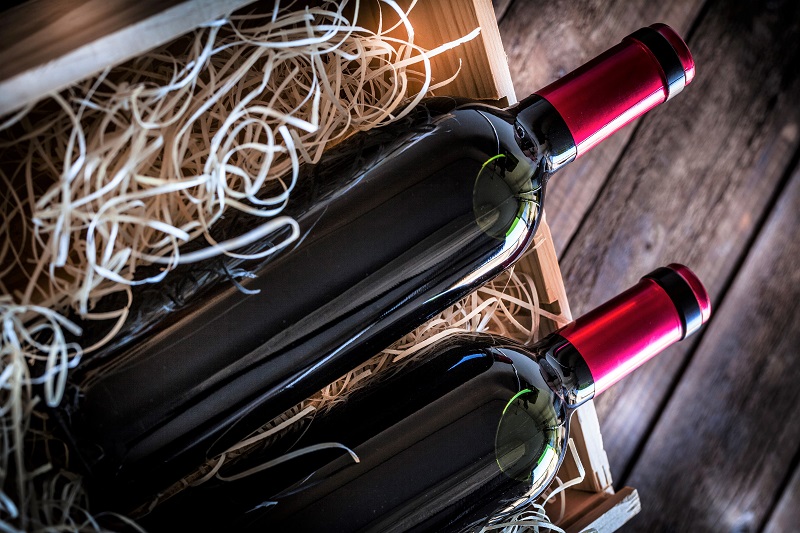 Major infringements on alcoholic drinks led to seizures of 1.7 million liters of beverage products.Five house arrests and three residence obligations were made by the Italian Carabinieri Corps (NAS Carabinieri), supported by the Swiss Police and Europol.

“Products with Geographical Indications (GIs) and those benefiting from other quality schemes are especially prone to food fraud because of their higher value – on average, the price of a GI product is 2.1 times the price of a comparable non-GI product – and because it can be easily done (you just need to replace the labeling),” explains Simovic.

“Then, processed products are also targeted because it is quite easy to replace one ingredient by another that is cheaper.”

Fake honey seized
OPSON 2020 conducted 495 checks on honey products, 7 percent of which were found to be non-compliant. The authorities mainly checked the analytical detection of sugar syrup and corn syrup.

As a result, more than 51,000 kg of fraudulently treated honey were seized.

“Honey didn’t quite make the top list of food fraud for 2019/20, but it is one of the most altered products that are very difficult to trace,” comments Simovic.

Fake honey has been in circulation since the 1970’s when high-fructose corn syrup became widely available. To increase volumes and illegal profits, criminals add much cheaper corn syrup and sugarcane to genuine honey.

This activity affects the market, which becomes inundated with counterfeits that are priced much lower than the genuine product. Consequently, beekeepers are forced to gradually lower the prices of genuine products.

This can endanger their activities, leading them to decrease production as well as the bee populations that they maintain.

Europol-led OPSON IX, which ran in tandem with OPSON 202, saw the launch of a dedicated project to support national authorities in combating the sale of illegal horse meat.

This action was led by Belgium, Ireland and the Netherlands and supported by the European Commission’s Directorate-General for Health and Food Safety (DG SANTE).

Follow-up activities conducted in a program called OPSON X led to the opening of three new investigations in EU countries.

Plugging gaps in food surveillance
The number of food controls and the resources allocated to them have been dwindling across Europe in recent years.

“The capability of detecting counterfeited agri-food products relies on the availability of proper molecular and biochemical techniques and their availability and affordability for governmental inspectors,” Simovic remarks.

“Furthermore, it is also important to limit food fraud by including as much as possible the latest technological developments to enhance traceability such as the blockchain system.”

Earlier this year, SwissDeCode brought to market a variety of rapid, on-site testing solutions to detect food adulteration. Cloud-based software, such as Chemometric Brain’s “disruptive” near-infrared technology, is also among tools currently being explored to prevent the risk of food fraud.

The parents of Natasha Ednan-Laperouse, a teenager who died from an allergic reaction to a Pret a Manger baguette, have set up a clinical trial anticipated to make... Read More

Microplastics have been found in variable concentrations in blue mussels and water within the intertidal zone at some of southern Australia’s most popular and more... Read More