You are in : All News > Equinom & Dipasa harness AI for new high-protein sesame tipped to replace conventional plant-based bases

07 May 2021 --- Equinom has teamed up with sesame seed processor and exporter Dipasa to roll out a protein-rich sesame variety as an alternative to conventional plant bases. Sesame has primarily been used as a cooking oil, in spreads or condiments, or in bakery and confectionery products – not as a base for plant-based products. But that could all change according to the Isreali start-up making waves in the alternative protein space.

Marketed as a non-GMO, cost-effective, gluten-free and potentially organic, the seeds can be used to produce high-protein sesame concentrate for meat and dairy replacements. Oil made with the seeds is noted for its reduced bitterness, while the extracted protein is neutral in its flavor profile. 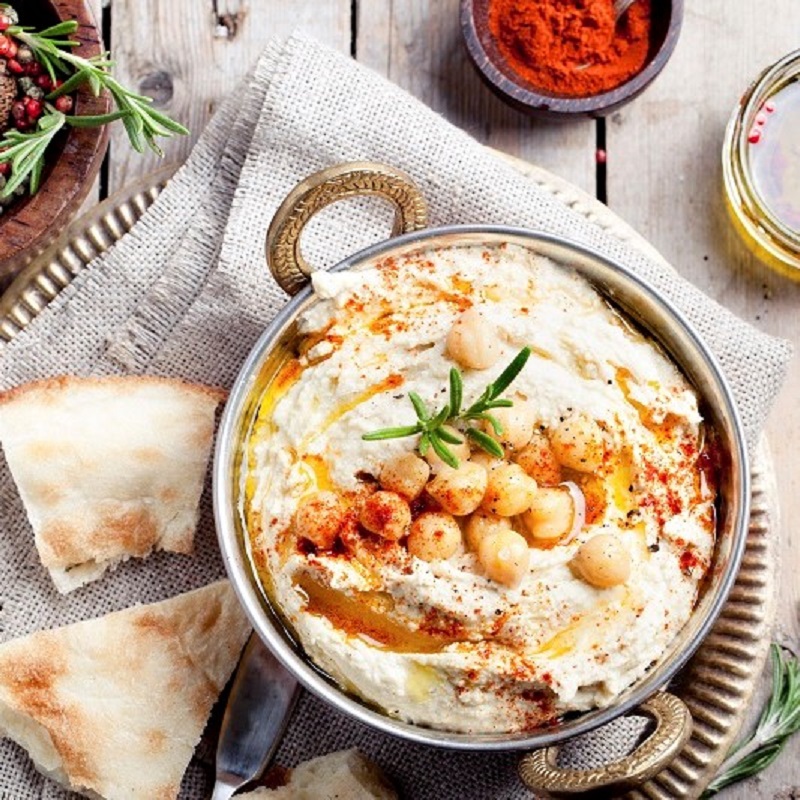 Sesame has conventionally been used in oils, spreads and condiments, not as a plant-based protein source.

Israel-based Equinom will develop the new seed variety using proprietary platforms that include its AI application profiler and database. Dipasa, headquartered in Mexico, will process and deliver the product to the global market.

“We began breeding Smarter Sesame in 2014 and released our first commercial non-GMO sesame varieties in 2019.”

By combining the AI-technology capabilities of Equinom with Dipasa’s production and distribution capabilities, the partnership will produce a sesame concentrate that boasts 65 to 70 percent protein content.

“Protein content has been the main barrier for sesame protein,” underscores César Coello, CEO of Dipasa.

Equinom’s IP-protected sesame seed varieties boast a host of other “super-traits.” These include the seeds’ high oil content of up to 58 percent and high yields at up to 2,500 lbs per acre.

“We are working to dramatically increase the protein content in protein concentrate, while producing lightly processed varieties, which will allow food manufacturers to switch to protein concentrate and in turn significantly reduce processing and costs by more than 300 percent,” says Shalev.

Sesame seeds as an untapped protein source
Sesame is not commonly used as a core ingredient in plant-based foods, because it falls short of the protein benchmark in comparison to competing sources. Soy and pea, for example, reach levels of 70 percent protein as a concentrate.

Due to sesame’s relatively low level of protein – which constitutes around 23 percent – the concentrate that Dipasa is currently producing has roughly 50 percent protein.

“Combined with a very neutral flavor profile that makes it an extremely adaptable ingredient, Smarter Sesame Protein will be a unique addition to the plant-based protein industry, one that is competitive with soy and pea,” Coello remarks.

With over 40 years of experience, Dipasa oversees a broad client base that includes fast food and global food brands.

Sesame surges in global demand
The global sesame seed market size is expected to reach US$17.77 billion by 2025, in part resulting from its growing popularity as a functional ingredient in plant-based diets, notes the partnership.

Sabra sources its chickpeas from US farmers in the Pacific Northwest but the company has had to look elsewhere for sesame. “That’s because most of the crop grown in the US isn’t right for tahini. It’s better for baked goods and sesame oil,” says Shalev.

Equinom entered a similar collaboration with plant-based ingredients supplier Roquette in 2018 for the development and sourcing of new pea varieties with high-protein content.

“Collaborating with companies that share this same vision is critical in order to ultimately change the way we will feed the world’s growing population,” Shalev concludes.

Prioritizing new alternative protein sources
The Good Food Institute (GFI) and more than 60 key players and stakeholders in the alternative protein space recently called on the US federal government to make investing in the science and technology of alt-proteins a “national priority” in the fiscal year 2022 budget.

As the Plant-Forward trend shows little signs of abating, consumption of animal-based produce in Europe and the US could be on its way down after hitting a “peak meat” apex in 2025, according to a report by Boston Consulting Group (BCG) and Blue Horizon Corporation.

In Asia, a rapidly evolving regional food scene is experimenting with underutilized plant bases that are used in new iterations of traditional cuisine staples. Peanut-based chicken from Haofood, for instance, recently debuted in Chinese and Indonesian recipes through various partnerships in Shanghainese foodservice.

Oatly, ProVeg and The Vegan Society among founders of UK Plant-based Food Alliance

A coalition of civil society groups and businesses have launched a new organization, the Plant-based Food Alliance UK, to act as a voice for Britain’s growing... Read More