You are in : All News > Could pulses be the key to reducing greenhouse gases?

Could pulses be the key to reducing greenhouse gases?

30 Mar 2021 --- Plant-based foods’ environmental benefits are widely acknowledged, yet it has been found that specific crops yield significantly higher sustainability advantages. Beyond using less water and energy than methane-emitting animal farming, certain plant proteins have the ability to draw carbon and nitrogen from the air.

On this topic, FoodIngredientsFirst speaks to Above Food Inc., a five-generations old plant protein company operating the largest organic certified terminal in Canada and the country’s fifth largest ingredient terminal.

Pulses – such as peas, lentils, fava beans and chickpeas – are among industry’s most significant sources of plant protein that pull nitrogen from the air to create their own fertilizer, removing the need for nitrogen fertilizers, which drive greenhouse gas emissions.

Carbon sequestering and other benefits
Pulses have the capacity to store 30 percent higher soil organic carbon when compared to other species, which benefits both soil health and reduces excess carbon in the air.

“Extensive research [on the environmental advantages of pulses] has been conducted by Pulse Canada over the last 10+ years,” details Martin Williams, CEO of Above Food.

“Pulses don’t require energy-intensive irrigation,” he notes. “They also don’t rely on fossil fuel fertilizers because they are able to take nitrogen from the air and convert it through their roots into a form that can be used. All of this contributes to a low carbon footprint.”

“For example, lentils are able to provide between 50 to 80 pounds of nitrogen per acre. Taking this a step further, all of our pulses are grown under ‘no-till’ protocols. Meaning, on top of the already low rates of resource consumption of pulses, our pulses are grown regeneratively. This further proves its low carbon footprint.”

A staple crop
Pulses are the foundational ingredient for most of the plant-based protein foods on the market. 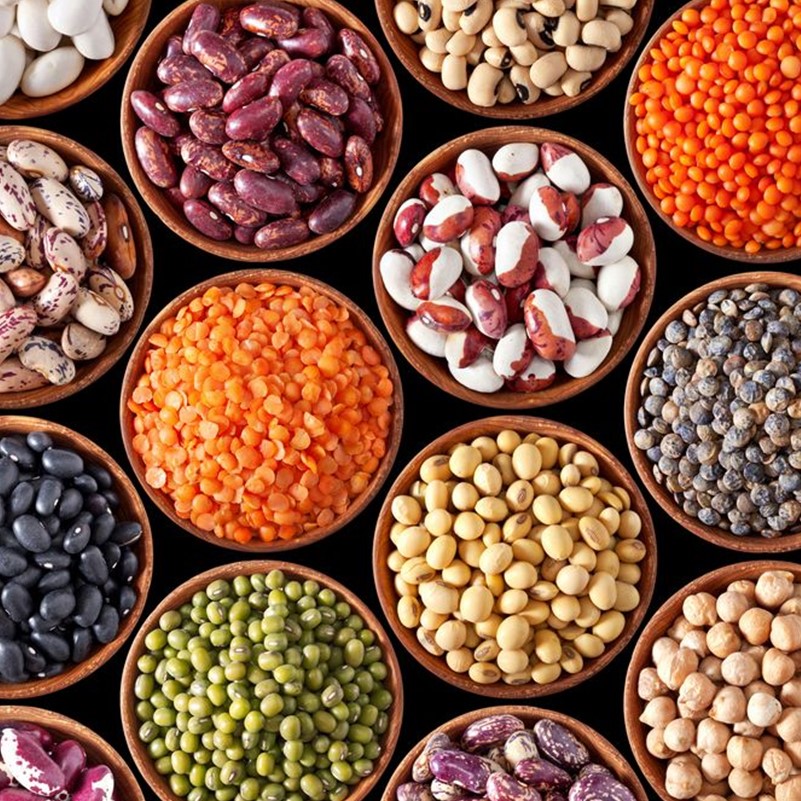 Click to EnlargePulses have the capacity to store 30 percent higher soil organic carbon when compared to other species, which benefits both soil health and reduces excess carbon in the air. In honor of this, World Pulses Day took place in February, hosted by the UN Food and Agriculture Organization (FAO).

“We are seeing growing demand in the market for pulse-based protein snacks, jerky roasted and seasoned pulses, puffed and popped pulses,” Williams remarks.

“Pulses are also being seen as a core part of high nutrient bakery products and baby food. If we were to look at the growth of these consumer sectors and ingredient sectors, we see market potential that is more than US$20 billion.”

And last November, Cham Foods launched a line of dry, ready-to-eat pulses and grains for instant meals and soups to fill the demand for a quick, nutritious meal at home or on-the-go.

In a previous Special Report, FoodIngredientsFirst spoke to key players who confirmed industry’s more significant focus on fava, peas and water lentils as starring plant ingredients that hold promise in the plant-based arena.

15 Jul 2021 --- Nabati Foods Global has filed new patents for its plant-based egg product, Nabati Plant Eggz. These have been registered in Canada, the US and Australia. The... Read More