Researchers from the Quadram Institute and King’s College London have shown that replacing wheat flour with a new ingredient derived from chickpeas can lower glycemic response by 40 percent compared to conventional white bread.

PulseOn was developed using an alternative milling and drying process, which preserves the cellular structure, making its starch more resistant to digestion.

This Type 1 resistant starch is the same that is found in wholefoods, suggesting the ingredient could be incorporated into a wider range of foods to boost its health properties.

“Incorporating our new type of flour into bread and other staple foods provides an opportunity to develop the next generation of low glycemic food products to support public health measures to improve health through better diets,” says Dr. Cathrina Edwards from the Quadram Institute.

“Consumers replacing wheat bread with PulseOn enriched bread would benefit, not only from the type 1 resistant starch, but also from the higher fiber and protein content,” she adds.

Developing food products that contain more of this resistant starch would help to control blood glucose levels and reduce the risk of type 2 diabetes.

The technology is patent-protected, and the group is looking at commercial exploitation of the processing technique, which has also been shown to protect resistant starch in other beans, lentils and pulses. 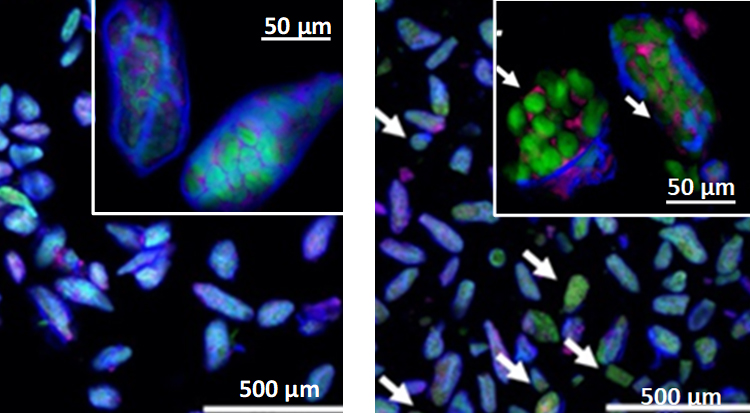 Click to EnlargeLeft: PulseOn flour, looked at under the microscope, shows the starch (green) remains inside the plant cell wall (blue), which protects it from digestion. Right: In normal milling and processing, many plant cells rupture, exposing the starch (green) and making it much more digestible.Not all flours are equal
In recent years, bakery products have added pulses such as chickpeas, peas, beans and lentils to otherwise refined carbohydrate products to increase their health halo on the label.

But most of this beneficial resistance is lost, rendering the starch highly digestible when these crops are milled to flour and processed into a food product.

Funding from the Biotechnology and Biological Sciences Research Council, part of UK Research and Innovation, was used to develop this novel ingredient's commercial potential, referred to as PulseOn.

In the double-blind, randomized crossover study, the scientists replaced 0 percent, 30 percent or 60 percent of the wheat flour in a standard white wheat bread recipe with PulseOn.

Healthy participants consumed each type of bread roll type for breakfast in random order on separate days, with no knowledge of which type of roll they were eating. Their glucose levels were recorded using continuous glucose monitors.

Minimal impact on taste and texture 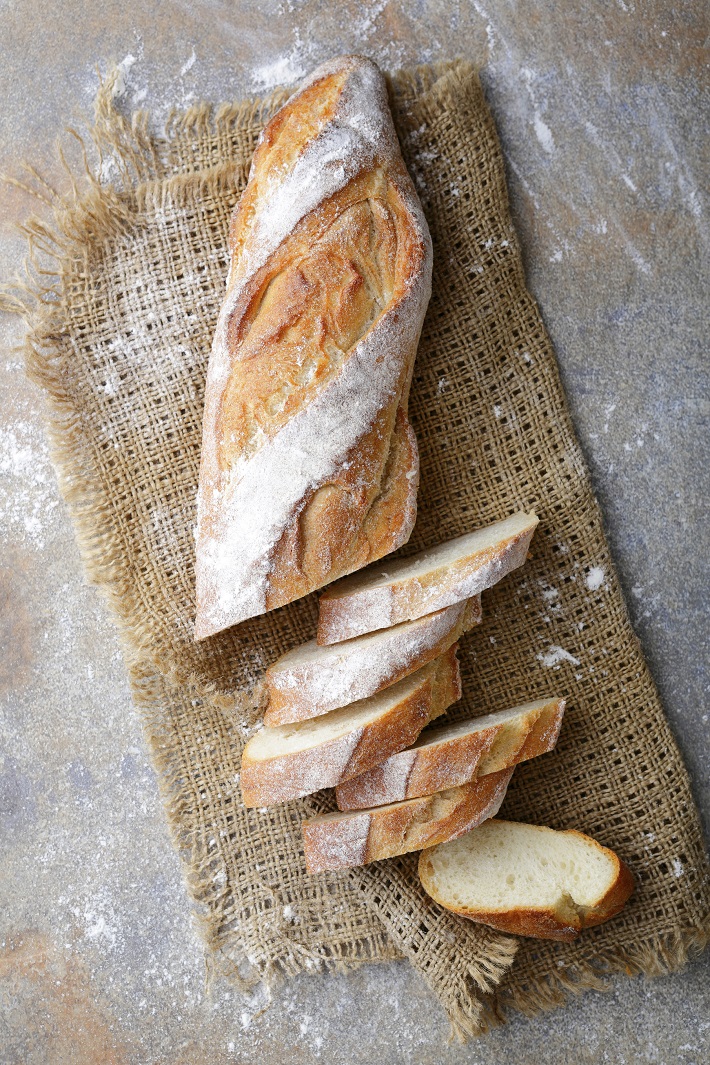 Click to EnlargeQuality tests indicated that any effects on bread quality (texture, appearance) were subtle.
For widespread acceptance, the qualities of the products such as their taste, texture and appearance need to match those that are so popular with consumers.

Participants gave the PulseOn enriched breads similar scores for texture and taste as the white bread.

Quality tests indicated that any effects on bread quality (texture, appearance) were subtle and most noticeable when large amounts of PulseOn were used.

The sensory properties need to be confirmed with a broader consumer group in a non-clinical setting but are very encouraging for efforts to produce healthier white bread without adverse effect on product quality.

Measuring digestion
The digestion of starch in each bread type was also studied in a laboratory using biochemical and microscopy techniques.

These experiments showed that after two hours of digestion, the wheat starch had been digested, but the Type 1 resistant starch remained.

These findings confirm that the lower glucose response to PulseOn enriched bread was due to the resistant starch enclosed in the chickpea ingredient not being digested, write the researchers.

In a separate study published in the journal Food Hydrocolloids, the research team showed, for the first time, the resistant property of the starch is retained during bread making.

The problem with fast digestion
Starch from wheat is a major source of dietary carbohydrates, but in bread and many other processed foods, it is quickly digested to glucose in the body, causing a large spike in blood glucose levels.

There is a large body of evidence that links long-term consumption of foods that provoke high glycemic responses to the development of Type 2 diabetes.

With this condition on the rise, along with obesity and other metabolic disorders, providing foods and ingredients that help consumers better manage blood glucose could help combat these challenges to health.

The researchers are now exploring ingredient applications in a broader range of food products and planning further trials involving those with prediabetes and type 2 diabetes.

28 Apr 2017 --- As a first step to realizing the ambition of the Quadram Institute, the Institute of Food Research (IFR) has realigned its science strategy to deliver to the vision... Read More

New UK Food and Research Center to Open in 2018

15 Feb 2016 ---  The Quadram Institute will be the name of the new center for food and health research, located at Norwich Research Park, one of Europe’s largest... Read More

14 Jul 2015 --- During this year’s IFT Food Expo, ingredient manufacturer BENEO will be highlighting natural food and beverage options for energy management with its next... Read More

18 Oct 2005 --- Low glycaemic index diets are favoured by celebrities and nutritionists alike because they are linked to weight control and health benefits.