You are in : All News > Baked beans, ketchup and soups pulled from Tesco shelves in Kraft Heinz pricing dispute 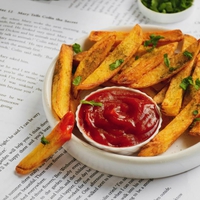 30 Jun 2022 ---Kraft Heinz has temporarily pulled the plug on supplying Tesco with its products, as the two companies are locked in a disagreement over prices.

Kraft Heinz raised its prices for certain products as inflation bites. But Tesco dug its heels in and refused to accept the price spikes which means no products, for now at least.

The two companies are trying to resolve the issue in a difficult year for both food manufacturers and retailers.

The war in Ukraine has exacerbated many companies’ production costs, which were already under pressure due to supply chain issues and a surging demand by consumers after most countries came out of COVID-19 restrictions.

However, Tesco is trying to balance the price increases and monitoring product prices in their stores.

“With household budgets under increasing pressure, now more than ever we have a responsibility to ensure customers get the best possible value, and we will not pass on unjustifiable price increases to our customers,” says a Tesco spokesperson.

“We’re laser-focused on keeping the cost of the weekly shop in check,” continues the spokesperson.

The price dispute comes as consumer price inflation in the UK reached 9.1%, its highest level since 1982, According to the Office for National Statistics.

Double-digit inflation is on the horizon for the country, as the director of the Bank of England admitted after apologizing for sounding “apocalyptic” last May. The nightmare scenario is a reality as farmers in the country are dealing with tripled energy prices, resulting in diminished yields or even shutdowns in energy-intense production facilities like greenhouses. 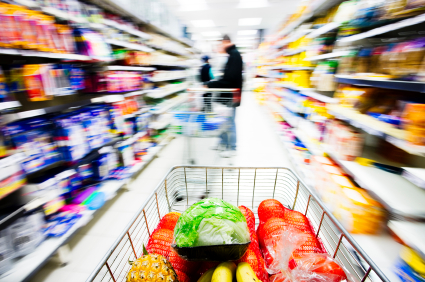 The dispute arises as UK inflation hits its highest level in 40 years.Kraft working to solve dispute
Kraft has been surfing the inflation wave since mid-2021, when it started “inflation-justified pricing,” according to the company’s Q2 2021 financial report. During the first three months of 2022, Kraft raised its prices by 9%, offsetting its 2.2% loss in sales.

“I don’t think we could be better equipped to build on our momentum through what promises to remain a very challenging environment,” Miguel Patricio, Kraft’s chief executive, said commenting on Q1 2022 results.

Nevertheless, this strategy clashes with Tesco’s intent to drive down inflationary pressures, hence this price dispute.

“We are working closely with Tesco to resolve the situation as quickly as possible. In today’s challenging economic environment – with commodity and production costs rising – many consumers are working within tight budgets,” says a Kraft spokesperson.

“We always look at how we can provide value through price, size and packs so consumers can enjoy the products they love and trust at a price point that works within their budgets, without compromising on quality. We are confident of a positive resolution with Tesco.”

Tesco brand still on shelves
While the price conflict is not resolved, UK consumers still have access to alternative brands, including Tesco’s “own brand ranges,” says the supermarket.

“We’re sorry that this means some products aren’t available right now, but we have plenty of alternatives to choose from and we hope to have this issue resolved soon,” explains the spokesperson.

“We always work to ensure we can offer our customers the best possible prices. Where there are genuine and justified cost pressures on a product, we aim to work collaboratively with suppliers.”

“For example, we've recently announced increased support for the British farming industry - including £10m of support for the UK pig industry, the announcement of new long-term contracts to support UK egg producers, and increasing the amount we pay to our dairy farmers from 41.59p per liter to 46p per liter.”

Pork prices are picking up across markets as inflation bites, with UK farmers demanding higher prices, even when they already are at record highs.

Gene-edited tomato ketchup still far from shelvesThe UK is trying to take advantage of the opportunities brought by Brexit to tap into the precision breeding market.
Precision breeding tomatoes that could be used to produce higher-yielding tomato crops at reduced prices might still be far from UK shelves. This comes as a consequence of a report from an advisory board in the country dealt a blow, yesterday, against the government’s attempts to deregulate food editing of crops and animals.

A month ago, UK scientists boasted that vitamin-D enriched edited tomatoes might be the first crops to appear on English dinner tables.

With the new bill, lawmakers intend to enable food producers to use genetic technologies to speed up traditional crop breeding that would otherwise take years or decades.

Tesco’s past disputes
This is not the first time a product is removed from Tesco’s shelves following a price controversy.

In 2016, after Brexit, Unilever’s Marmite increased its prices justifying it on the depreciation of the British pound due to the UK leaving the EU.

After both companies saw their stock market shares tumble the dispute was resolved in a private deal.