You are in : All News > Meatless Farm partners with Gousto to expand plant-based foodservice footprint 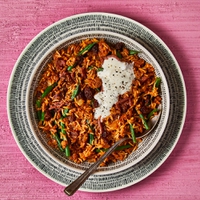 14 Feb 2020 --- UK-based The Meatless Farm Co is continuing its expansion into the global plant-based food market with a new partnership with meal kit company Gousto, and has begun exploring similar US partnerships. The news follows the company’s recent foray into the global restaurant scene with new distribution channels set up within 450 stateside Whole Foods Market locations. The partnership builds upon Gousto’s ambitions of tapping into the growing audience of vegans and other consumers looking to reduce their meat intake.

“Many of our customers are looking to adopt a flexible approach to eating this year, so they’ll be pleased to see our expanded variety of plant-based and vegetarian recipes,” says Rhys Desborough, Category Buyer at Gousto.

Meatless Farm's products are made with a mix of pea protein and rice, and are marketed as having more protein and fiber than comparable beef products. The plant-based food company has set out to make it easier for people to reduce their meat consumption and make the change without noticing a difference in taste. Partnering with a meal service offers a platform to reach regular meat-eaters and persuade a gradual shift in consumption patterns. 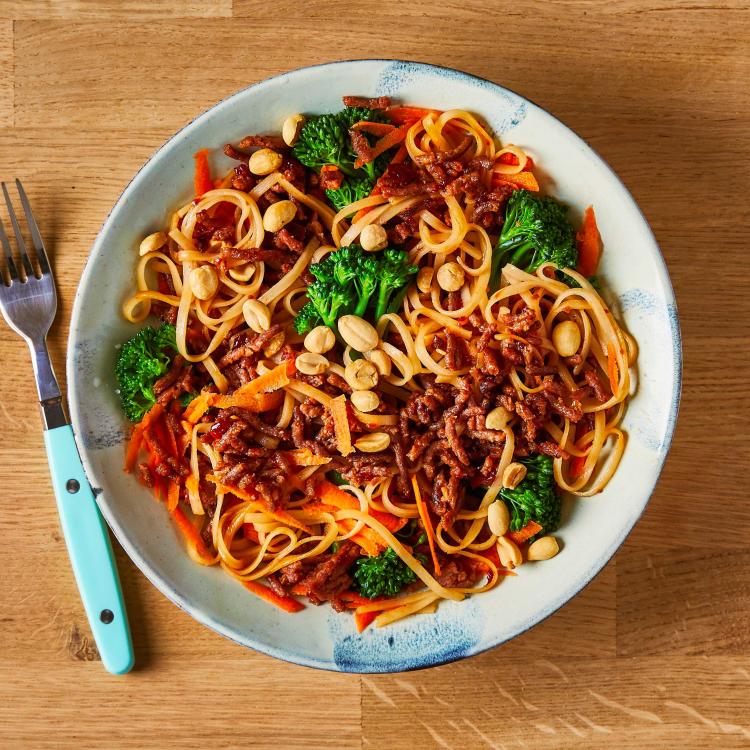 Click to Enlarge10 Min Meat-Free Mince Stiry Fry by Gousto.Last September, Meatless Farm’s expansion was bolstered with a new Brakes listing. This followed a series of successful UK and international retail launches including Sainsbury’s, Morrisons, Co-op and Whole Foods Market and comes amid a plant-based boom.

The company’s targeted expansion is in line with the number two trend from Innova Market Insights for this year, which is the “Plant-Based Revolution.” The market researcher highlights a 59 percent average annual growth in food and beverage launches with a “plant-based” claim (Global, CAGR 2014 to 2019).

Within the vegan meat space, the market researcher’s 2018 consumer survey showed one in five US consumers “have eaten less meat across the past year.” Meat substitutes accounted for 14 percent of global meat launches in the first nine months of 2018, up from six percent in 2013.

Plant-based revolution gathers pace
In other Innova Market Insights reports, more than half of US consumers have changed their eating habits in the past year. The plant-based trend is expected to further blossom in 2020, and indulgence without dairy is a general theme that will dominate.

Earlier this month, Barry Callebaut launched a 100 percent dairy-free milk chocolate coined “M_lk Chocolate” as part of its new “Plant Craft Indulgence” range. According to the Swiss chocolate giant, it satisfies the growing demand for plant-based indulgence, particularly among Millennials and Gen-Z’s, and is part of a wider portfolio of Plant Craft products ranging from chocolate, cocoa, nuts and fillings to decorations.

Alternative protein was a key focus for the World Economic Forum 2020, held in Davos, Switzerland last month. At the gathering of world leaders and industry stakeholders, Tyson Foods launched the Coalition for Global Protein, a multi-stakeholder initiative to advance the future of alternative protein sources.

The plant-based revolution is spreading quickly, yet research points to a lack in both funding and training for growers and processors of alternative proteins around the world. Shedding light on these issues, FoodIngredientsFirst recently spoke to presenter Amy Byrick, DuPont Global Leader for Food & Beverage, who highlighted the “seismic shifts” occurring in the plant-based protein sphere.

02 Aug 2021 --- Next Meats Co, an alternative meat venture company from Tokyo, is set to open an eco-friendly production facility next summer. Dubbed the Next Factory, it will be... Read More