You are in : All News > Wildtype to serve up sushi-grade alt-salmon cultivated from fish cells by year end 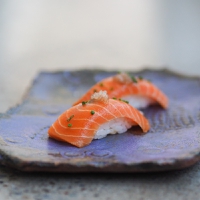 02 Aug 2021 --- Before the end of the year, US diners could be served sushi-grade alternative salmon, cultivated from fish cells by Wildtype. The alt-seafood pioneer recently began operations at its new pilot production plant, which will be able to deliver up to 200,000 pounds of product per year.

Speaking to FoodIngredientsFirst about the start-up’s latest moves is its co-founder, Aryé Elfenbein. “We’re already operating at a scale that no other individual, company, or research institution has achieved in terms of seafood cell cultivation,” he remarks.

“We will be commercially ready to launch by the end of this year, and our first products will appear in US sushi restaurants as soon as we complete important regulatory discussions with the Food and Drug Administration (FDA) that have been underway since 2019.”

Showing that the quality, texture and taste can match any farmed or wild-caught salmon was critical, stresses Elfenbein.

“Learning what we have from salmon, our aim is to eventually expand into more seafood products,” he adds. “We wanted to make sure our flagship product was something really special before moving on to other types of seafood, however, and we’re very close to that goal.” 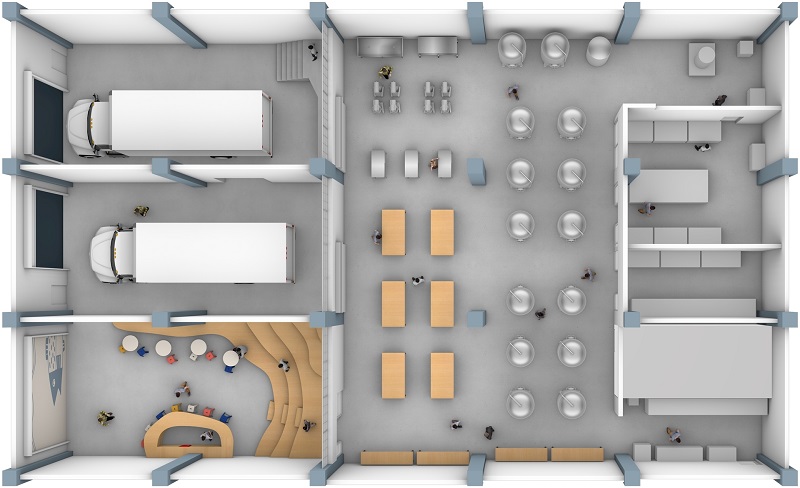 The pilot plant has a near-term capacity of approximately 50,000 pounds of seafood per year. (Credit: Wildtype)Cultivating 50,000 pounds of seafood
Wildtype’s pilot plant was recently inaugurated and is now operational. The “first-of-its-kind” US-based facility located in San Francisco offers the space for cultivated seafood tastings and education.

The pilot plant's near-term capacity is approximately 50,000 pounds of seafood per year. At maximum capacity, the plant will be able to produce upwards of 200,000 pounds per year.

“In addition to being designed to shorten innovation cycles and facilitate the scaling of food production, the facility will be a place where the public can learn about this fascinating new technology.”

The plant was designed by acclaimed architect Shuo Zhai. The purpose of the space – from the sushi bar, to the education center with bleacher seating, to the glass door separating the tasting room from the production floor – is to help people learn about cellular agriculture and give them the opportunity to taste cultivated seafood for themselves.

The sushi bar is slated to be operational in the next two to three months.

“Wildtype wants to establish a high standard of education, trust, and transparency with our customers and the public,” comments Justin Kolbeck, Wildtype co-founder. “We want to show people where their food comes from and how it's made.”

Wildtype vs. wild-caught
The nutritional value of Wildtype’s highly structured salmon cuts is nearly the same, and even surpasses wild-caught or farmed salmon against various benchmarks, according to Elfenbein. “We started with highly structured salmon cuts because we wanted to show the full potential of cellular agriculture to produce a nutritious, delicious alternative to animal-based protein.” 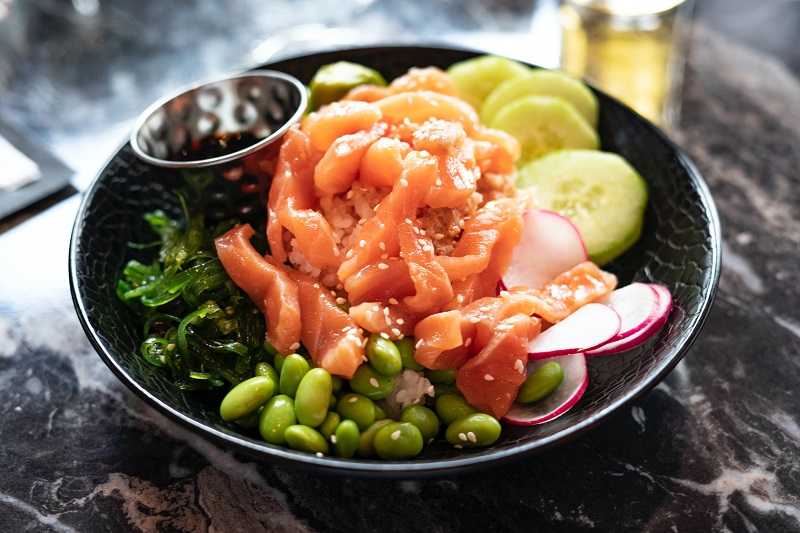 The nutritional value of Wildtype’s highly structured salmon cuts is nearly the same as wild salmon.“Right now our product has slightly less protein than conventionally produced salmon, but a similar fat composition, including levels of healthy omega-3 fatty acids, but none of the heavy metals, microplastics, parasites, or antibiotics found in most salmon,” he details.

“The plant-based scaffolding we provide for the cells to grow on, along with all the necessary nutrients like sugars, amino acids, and fats we deliver in solution, allows for the formation of the complex textures that we’re able to create for all types of sushi products spanning sashimi, nigiri and maki rolls.”

Wildtype is currently focused on the US, but is opening its doors to discussions with partners abroad, particularly in Asia, where seafood consumption is the highest in the world.

“We’re very happy with where we are, but we’re still working to optimize the composition of our product. We’re confident that we’ll have a nutritionally comparable product soon,” says Elfenbein.

With the environmental impact of fishing gear coming to light since the Netflix documentary Seaspiracy, alternatives to marine-caught produce have dominated in public interest. Last April, cell-based leader BlueNalu teamed up with two key seafood stakeholders in Asia – Thai Union and Mitsubishi Corporation – to accelerate a market development strategy for cultured seafood in Asia.

In other moves, Singapore-based Shiok Meats closed its US$12.6 million Series A funding round to scale its cultured minced shrimp product for commercialization in 2022.

Riding the wave of cell-based momentum
Learning from its research into scaling catch-free salmon, Wildtype’s aim is to eventually expand into more seafood products, Elfenbein shares.

“Global demand for seafood is outpacing supply, so the status quo needs to change.”

This year has seen rapid growth for the cultivated protein industry, across the board. Last month, Nestlé announced its plans to enter the cultured meat arena, sparking discussions among cell-based players about the knock-on effects of this bold move for the fledgling industry at large.

In other key developments, Singapore recently became the first country to approve the sale of cell-cultivated meat. The US FDA is currently moving through its own pre-market consultation process.