You are in : All News > Weekly Roundup: Cargill pledges to keep food systems resilient, Iberchem expands activity in South Africa

07 Aug 2020 --- This week in industry news, Cargill released its annual report, which highlights the company’s methods of navigating the COVID-19 pandemic. The Iberchem Group revealed it is expanding its presence in South Africa and Essentia Protein Solutions was awarded the highest AA grade by the British Retail Consortium (BRC). US-based ingredients company Balchem highlights the flavor of watermelon as the “epitome of summer” and pork is set to make a comeback with UK consumers.

In brief: Business
Cargill leans on its purpose – operating safely, responsibly and sustainably – to keep food and ag systems resilient in FY 2020. Despite challenges facing the food and ag system and disruptions from the COVID-19 pandemic, the supplier’s FY 2020 annual report, Nourishing the World, demonstrates how the team’s resiliency and agility helped keep supply chains moving to put food ontables around the globe. “The last year taught us that we are capable of so much more than we previously thought. We can move faster, with more agility, navigating a crisis while keeping our people's well-being front and center,” says David MacLennan, Cargill’s Chairman and CEO.

Iberchem is expanding its presence on the South African market by bringing together the teams of Iberchem, Scentium and Versachem under the name of Iberchem South Africa. The announcement comes two years after the group acquired 70 percent of Versachem, a company specializing in food colorants and seasonings. The group recently bought the remaining 30 percent, thereby fully integrating Versachem’s activity into its portfolio. All three divisions will be temporarily accommodated in Versachem’s current offices in Pretoria, north of Johannesburg, until a new location can be found.

Essentia Protein Solutions has been awarded the highest global standard in food safety for the 25th year running. The company has achieved the highest AA grade by the BRC Global Standard for Food Safety at its Tipton, (UK) manufacturing site. For the 13th year running, Essentia has renewed its BQAP (British Quality Assured Pork) accreditation for its natural Drinde range of functional proteins. The BRC Global Standard for Food Safety is universally considered a quality benchmark in food manufacturing and operations. Essentia notes it has consistently met the stringent standards in the dried foods and ingredients and raw prepared product categories. 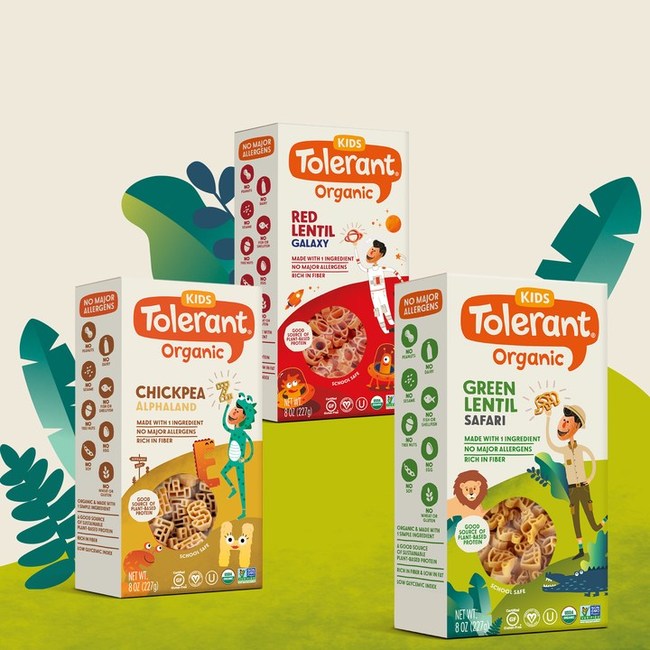 Tolerant’s new kids pasta line includes Organic Kids Chickpea Alphaland, Organic Kids Red Lentil Galaxy and Organic Kids Green Lentil Safari. Diageo reports a bigger-than-expected decline in underlying net sales as demand for its whiskeys, vodka and gin fell in all markets except North America. The Johnnie Walker whiskey maker reported an 8.4 percent drop in organic sales for the year ended June 30. By region, organic sales in Asia declined the most, falling 16 percent due to the impact of coronavirus-related closures of alcohol outlets and pubs in India and Thailand. At the same time, in China, the lack of the key Chinese New Year drinking period hit demand. The company’s Latin America, Africa and Europe and Turkey markets also posted double-digit declines in sales, mainly due to disruptions to supply chain and fewer social drinking occasions due to the pandemic. North America was the only bright spot, with sales rising 2 percent, reflecting strong demand for tequilas and ready-to-drink beverages at supermarkets and alcohol stores, the company says.

This week, the British greengage crop will be arriving in Waitrose stores. UK consumers have been awaiting the arrival of the seasonal favorite, with searches for greengage jam recipes up 134 percent on Waitrose.com, in anticipation as home cooks prepare for the next fruit in the seasonal jam-making calendar. With more time at home during lockdown, interest in making jam has risen with searches for jam recipes up 202 percent at Waitrose.com. “Our British greengages have a loyal following from those who have discovered the treats these little green heritage plums offer. Their naturally high pectin levels combined with the fact that the season is short but sweet, means they are a jam makers delight with those in the know able to enjoy the fruits of their labor throughout the year,” says Tim Stevens, Waitrose Fruit Buyer.

In brief: Other highlights
In light of Watermelon Day (August 3), Balchem brought forward Watermelon Fizz for its 2021 Feature Flavors. The US-based ingredients company believes that watermelon is the “epitome of summer,” while also being a sweet, refreshing flavor that translates well into bakery, dairy and beverage applications. Watermelon is also applicable in frozen desserts. Balchem offers many flavors and top note options for these refreshing beverages. Flavored waters are growing in popularity and are attractive for the health-conscious consumer. Offering a fruity flavor like watermelon can be extremely attractive to these consumers seeking more natural drinks, the company highlights. 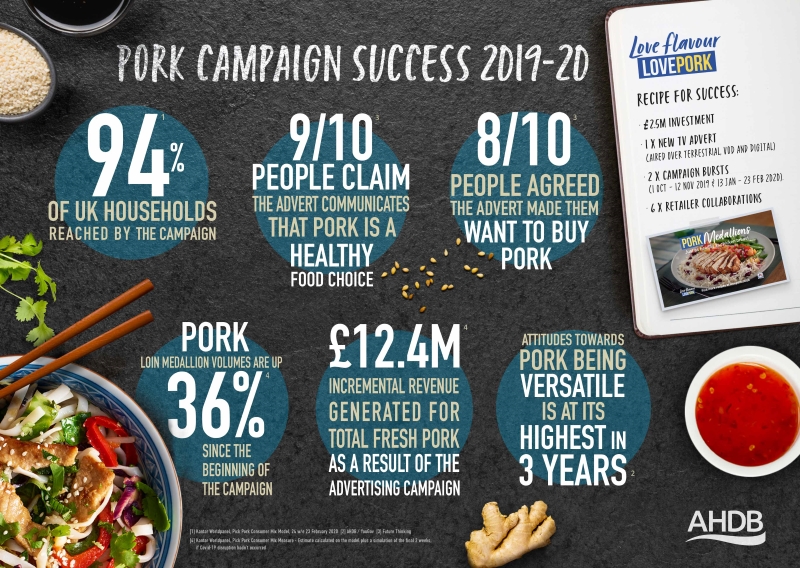 Ninety percent of people who saw the latest AHDB promotional campaign said it showed pork as a healthy food choice.

Ninety percent of people who saw the latest Agriculture and Horticulture Development Board (AHDB) promotional campaign said it showed pork as a healthy food choice, according to recent figures. The Mix Up Your Midweek work reached 26.3 million homes (94 percent) in the UK, with eight out of ten people saying the TV ad made them want to buy pork – leading to a £12.4 million (US$16.3 million) sales uplift for total fresh pork. In particular, pork loin medallion sales are up 36 percent since the campaign began. The £2.5 million (US$3.3 million) campaign sought to remind consumers of pork’s versatility and nutritious qualities by focusing on a range of globally inspired midweek meals the whole family can enjoy.

Zephyrhills Brand 100% Natural Spring Water, a natural spring water brand, has announced its Feel-Good Movement’s launch – a program aimed at highlighting good news throughout Florida by rewarding the positive work of local Florida organizations. Until November 15, the company will be awarding a “US$1K Per Day” grant each day to a different charitable organization in Florida to further their missions and support their good work throughout the Sunshine State. Zephyrhills Brand will give “Good News Grants” to organizations that focus on sustainability, recycling, environment and wildlife, human services, food security, community development, disaster relief, education and youth services, among other targets.

Sweegen is ramping up its efforts to reduce sugar across F&B applications while simultaneously tapping into the benefits of using antioxidants and bitter blocking... Read More