You are in : All News > US raises import quantity of Mexican refined sugar to counterbalance sugar deficit 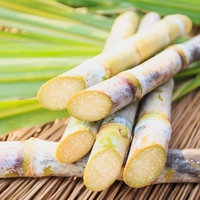 03 Dec 2019 --- The US Department of Agriculture (USDA) has notified the Department of Commerce (Commerce) of an additional need for sugar in the US market. Consequently, the latter has increased the quantity of Mexican refined sugar permitted to be imported by 100,000 short tons (90,718.5 metric tons). This increase in Mexico’s refined sugar limit will not change the total amount of total sugar imports from Mexico, but rather the mix between refined and other sugars.

In the last month, USDA reported that prospects for US sugar production have declined significantly due to adverse weather in both sugar beet and sugarcane regions. The November 2019 World Agricultural Supply & Demand Estimates (WASDE) Report outlines that US sugar production projection declined by 572,000 short tons (518,910 metric tons) raw value from the previous month, while ongoing weather concerns threaten further reductions.

Deliveries for human consumption are estimated at 12,106,000 STRV (10,982,378 metric tons) a reduction of 19,347 (17,551 metric tons) from last month. Delivery growth of 0.5 percent over the previous year results from a relatively large increase in direct consumption imports.

Estimates of US sugar supply and use for 2018/19 are revised on complete fiscal year Sweetener Market Data (SMD) and trade data through September from US Census and the USDA’s FAS Foreign Agricultural Service.

USDA has stated that it will continue to monitor the market to assess whether supplies are adequate.

FoodIngredientsFirst has reached out to the USDA and representatives of the US sugar sector to discuss further plans to expedite sugar production.

Climate-sensitive sugar production
This year, the European market has also weathered a dip in sugar production related to poor climate conditions. After rapid sowing at the beginning of April, sugar beet crops had good initial growth conditions in almost all regions, notes Nordic Sugar. However, as in the previous year, precipitation was low during the summer period in certain regions during the growing season.

Large parts of the growing regions in Germany and Poland were particularly affected by the lack of rain. By contrast, sugar beet cultivation in Denmark, Sweden, Finland and Slovakia were said to have performed well.

Earlier this year, Nordzucker reported that sugar yield was on average 10 to 15 percent lower than in 2018, due to droughts. The consistently high sugar-content of beet crops was unable to offset the decline in volume. However, the company noted that the sugar beet crop displayed the ability to adapt to extreme weather conditions.

16 Jul 2021 --- Tereos has inked a strategic sourcing agreement with Swiss flavor house Firmenich for stevia extracts. The move will allow the company to offer its customers... Read More

15 Jul 2021 --- Part Two of the UK’s National Food Strategy has been met with mixed reactions by members of the F&B industry. Among other things, the proposal for... Read More

13 Jul 2021 --- Cargill is investing US$45 million to add soluble fibers to its European portfolio of starches, sweeteners and texturizers as demand for reduced-sugar products... Read More