You are in : All News > Beet campaign begins: Nordic Sugar expects “significant drop” in yields in some drought-impacted regions 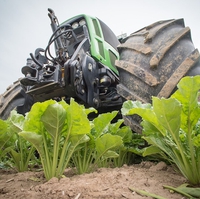 16 Sep 2019 --- Danish sugar processor Nordic Sugar, a member of Germany’s Nordzucker Group, has begun the harvest and processing of sugar beets, referred to as its “beet campaign,” at its Polish plant. Nordzucker expects a similar level of overall earnings from this campaign as in the previous year, albeit with “very strong regional differences” due to low precipitation levels in Poland and Germany. The campaign will end in January 2020.

Nordic Sugar began the processing of its first sugar beets this year at its Chełmża (Poland) facility on September 12. Beet processing plants in other countries will start producing sugar in the days ahead and by  October 8, all plants in the Group will have begun processing.

After rapid sowing at the beginning of April, sugar beet crops had good initial growth conditions in almost all regions, notes Nordic Sugar. However, as in the previous year, precipitation was low during the summer period in certain regions during the growing season. Large parts of the growing regions in Germany and Poland were particularly affected by the lack of rain. By contrast, sugar beet cultivation in Denmark, Sweden, Finland and Slovakia were said to have performed well.

Earlier this year, Nordzucker reported that sugar yield was on average 10 to 15 percent lower than in 2018, due to the droughts. The consistently high sugar-content of beet crops was unable to offset the decline in volume. However, the company noted that the sugar beet crop displayed the ability to adapt to extreme weather conditions.

“Sugar beet cultivation is not only attractive for most of our beet growers. It is also an active contribution to diversity in agricultural crop rotation. In addition, our sugar production, especially in rural areas, contributes directly and indirectly to jobs and added value,” adds Dr. Gorissen.

This year, Nordzucker will be focusing on the processing of organic beets into organic sugar. Towards this target, Nordzucker signed additional contracts with growers in Germany, Denmark, Sweden and Lithuania last year. Organic sugar is produced at the Schladen (Germany), Kedainiai (Lithuania) and Nykøbing (Denmark) plants.

Another focus within production is on improving the energy balance of the plants, notes Axel Aumüller, Chief Production Officer of Nordzucker. Aumüller believes that all the company’s facilities are well equipped for the campaign that will run until January. “Even in economically challenging times, we are on course in terms of energy efficiency and reducing emissions. We are consistently pursuing our goal of reducing CO2 emissions at our plants and doing without fossil fuels in the long term.”

30 Jul 2019 --- Australia’s second-largest sugar milling company, Mackay Sugar Limited, has announced that a majority of its farmer-shareholders (75 percent) have voted in... Read More

18 Jan 2019 --- The weaker sugar harvest of 2018, caused by drought in northern Europe, is weighing in on the market environment with the continent’s largest sugar producers... Read More