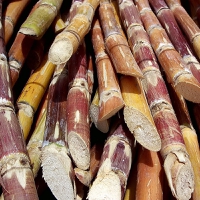 30 Jul 2019 --- Australia’s second-largest sugar milling company, Mackay Sugar Limited, has announced that a majority of its farmer-shareholders (75 percent) have voted in support of a takeover by German sugar producer Nordzucker AG. The farmers will retain a 30 percent shareholding in return for Nordzucker’s investment in the company, which will be put towards undertaking capital and overseeing maintenance works on its sugar mills.

“In regards to the state of the market, we export 80 to 85 percent of our raw sugar as a bulk commodity to overseas customers,” a spokesperson of Canegrowers, the leading body for Australian sugarcane growers, tells FoodIngredientsFirst. “Therefore, the state of the market is not so much dependent on our domestic Australian consumers, but on the state of the world market. Currently, world sugar prices are low. However, our proximity to growing Asian markets is likely an advantage for a company such as Nordzucker.”

The move is cited as a “huge relief” for growers who have been “living with great uncertainty” after several seasons of poor milling performance. Mackay Sugar states that it hopes that the acquisition by the European manufacturer will bring a “rapid and positive” end to questions about the company’s overall financial viability, after a “perilous” financial situation in 2017.

“It is a real confidence booster, not only for the industry, but also for the whole business community that services the industry in Mackay,” says Paul Schembri, Canegrowers Mackay Area Committee Chairman. “Growers have shown the courage to back the deal in order to secure the future of their crop and stabilize the industry after several years of uncertainty.”

Schembri notes he was present when news that the required number of Mackay Sugar’s 800 sugarcane farmer-shareholders had voted “yes” at a recent General Meeting.

“The decision to partner with Nordzucker will see welcome funds directed to investment in the company’s three mills to upgrade their performance and boost their reliability. This will ensure crops can be crushed reliably in an efficient, shorter season length,” he says.

Sweet recovery for the sugar market
Funding from Nordzucker will be used to repay the AU$2 per ton grower levy proposed by Mackay Sugar as part of its efforts to pay off its AU$212 million debt in two tranches.

“The certainty that that money will now be returned will be a huge weight off growers’ minds. I thank the growers for their financial contribution to the company. For many, it has not been an easy financial burden to bear,” adds Schembri.

The vote brings to a close the “complex and protracted” negotiations between all parties over the past two years. “Nordzucker is a good fit for Mackay Sugar as it has been a grower-owned sugar company for 180 years,” says Schembri.

“The growth in sugar is taking place in regions outside the EU. By acquiring a stake in Mackay Sugar, we can secure a substantial share of the Australian market and gain access to the Southeast Asian market,” says Dr. Lars Gorissen, Chairman of Nordzucker’s Executive Board.

Low sugar prices and slightly lower sales volumes were cited as the main reasons for the earnings trend. The fall in prices for sugar on the world market, which was at its lowest level for about ten years during that period, was attributed to substantial overproduction, particularly in India and Thailand, according to the company.

Earlier this year, Nordzucker reported that sugar yield was on average 10 to 15 percent lower than in 2018, due to persistent drought. The consistently high sugar-content of beet crops was unable to offset the decline in volume. However, the company noted major regional differences, ranging from very weak yields to peak results, which were mainly achieved where the water supply was guaranteed. Moreover, for two consecutive years, sugar beet displayed the ability to adapt to extreme weather conditions.

“Mackay growers and Nordzucker are now in a mutually dependent working partnership. Nordzucker may have the controlling 70 percent interest, but their investment needs to be backed by good communications and working closely and harmoniously with the growers,” concludes Schembri.

06 Apr 2020 --- Eco-Products, a Novolex brand, has introduced compostable trays as the latest addition to its line of foodservice products, targeting grocery stores and food... Read More

16 Sep 2019 --- Danish sugar processor Nordic Sugar, a member of Germany’s Nordzucker Group, has begun the harvest and processing of sugar beets, referred to as its... Read More