You are in : All News > US plant-based retail hits US$7 billion, Nestlé & Beyond Meat double down on alt-meat production in Asia 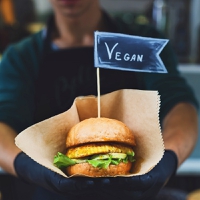 07 Apr 2021 --- The plant-based food market in the US grew almost twice as fast as the total retail food market, which increased 15 percent in 2020 as COVID-19 shuttered restaurants and consumers stocked up on food amid lockdowns.

Overall, the meat-free sector grew by 27 percent, bringing up the total US plant-based market value to US$7 billion.

This upward momentum is presented among new data released by the Plant Based Foods Association (PBFA) and The Good Food Institute (GFI), which details the double-digit trajectory of US retail sales of plant-based foods over the last year.

“The data tells us unequivocally that we are experiencing a fundamental shift as an ever-growing number of consumers are choosing foods that taste good and boost their health by incorporating plant-based foods into their diet,” says Julie Emmett, PBFA senior director of retail partnerships.

Plant-based food dollar sales are increasing faster than those of many conventional animal products, the report authors detail. “The plant-based category has evolved to the point that retailers can’t limit who they consider the plant-based shopper.”

Uniform growth across the board
GFI and PBFA found plant-based growth in dollar sales to be consistent across the US, with more than 25 percent growth in every national census region.

Fifty-seven percent of households now purchase plant-based foods, up from 53 percent in 2019. GFI and PBFA custom-refined the data to reflect only plant-based products that directly replace animal-based products.

Eighteen percent of US households now purchase plant-based meat, up from 14 percent in 2019. And consumers are coming back for more, with 63 percent of shoppers identified as “high-repeat” customers.

Milk alternatives grew twice as fast as cow’s milk and are now purchased by 39 percent of US households, according to the PBFA and GFI data. Even as the most developed category, plant-based milk grew 20 percent in dollar sales, up from 5 percent in 2019.

Almond milk remains the category leader and accounts for about two-thirds of plant-based milk dollar sales. 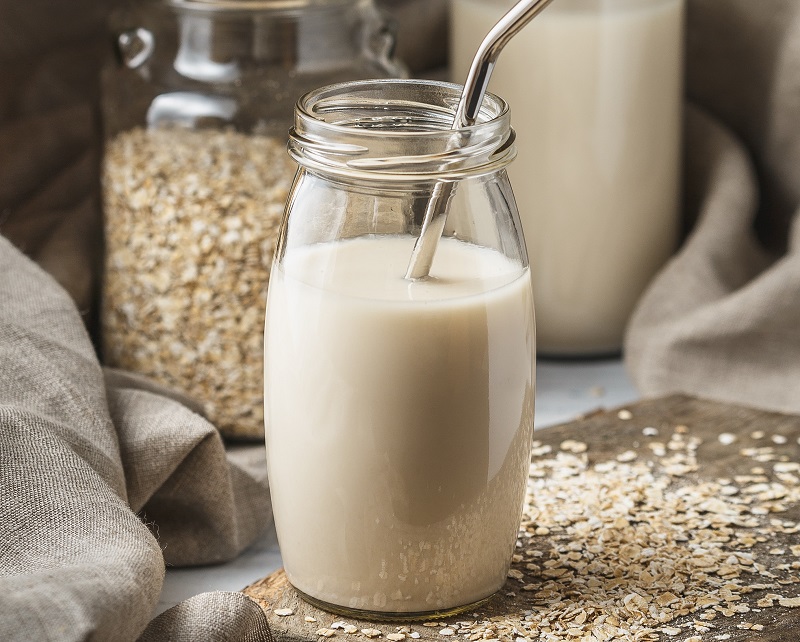 Alt-dairy category diversifies
The success of plant-based milk has laid the groundwork for major increases in sales of other plant-based dairy products, which are collectively approaching US$2 billion.

Meanwhile, the plant-based egg category grew more than 700 percent from 2018, 100 times the rate of conventional eggs.

The movement has already swept across global markets. With production for plant-based food now online in China as well as Malaysia, Nestlé is now looking to help lead what it calls the “quiet food revolution” happening in Asia.

The Swiss food giant has recently doubled down on its plans to champion plant-based food in Asia with the inauguration of a production site for plant-based burgers, schnitzels, mince and more in Shah Alam, Malaysia. 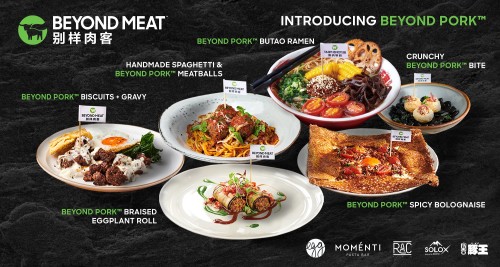 Beyond Meat introduces Beyond Pork in China. (Credit: Beyond Meat)The new facility has the capacity to produce 8,000 tons of plant-based food a year and will supply both foodservice and retail with the new Harvest Gourmet brand.

As the meatless heavyweight’s first end-to-end manufacturing facility outside the US, the plant is designed to serve China’s ballooning plant-based meat market. It will produce Beyond Meat’s range of plant-based pork, beef and poultry products, including Beyond Pork, the company's first innovation created specifically for the Chinese market.

“2020 was a breakout year for plant-based foods across the store,” says GFI research analyst Kyle Gaan.

“The incredible growth we saw in plant-based foods overall, particularly plant-based meat, surpassed our expectations and is a clear sign of where consumer appetites are heading.”