You are in : All News > UK meat sector hits back at “misinformation” on plant-based diets 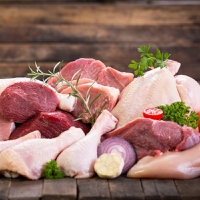 02 Jul 2020 --- Stakeholders of the traditional meat sector have banded together under a campaign to help counter what is deemed “misinformation” about the role of red meat in the diet. Over the last 12 months, the coalition has been actively publicizing “reassurance and evidenced-based information” to consumers regarding the health benefits of beef, lamb and pork. The collective initiative is funded by the Agriculture and Horticulture Development Board (AHDB), Quality Meat Scotland (QMS) and Hybu Cig Cymru (HCC) – Meat Promotion Wales.

“A general view would be that a lot of the ‘evidence’ that plant-based is better, both in diet and for the environment, is not robust. Certainly, on the health side, most of what is published is from epidemiological research. These signpost possible associations which should then be the start of causal research, a Agriculture and Horticulture Development Board (AHDB) spokesperson, tells FoodIngredientsFirst.

“We advocate a balanced diet, including both meat and plant-based foods. The “meat and two vegetable” approach to diet and nutrition is an old one, but still remains sound. [We recommend] one-third animal protein, two-thirds plant products,” they argue.

It is to be noted that recent market analysis on the UK’s burgeoning plant-based movement trends in the opposite direction, however. Quorn recently commissioned a new piece of research as part of the World Meat Free Week (June 15 to 21) surveying 1,500 British participants. The meat substitute brand revealed the prevalence of couples and families secretly cooking a meat-free meal without telling loved ones that it is actually plant-based. 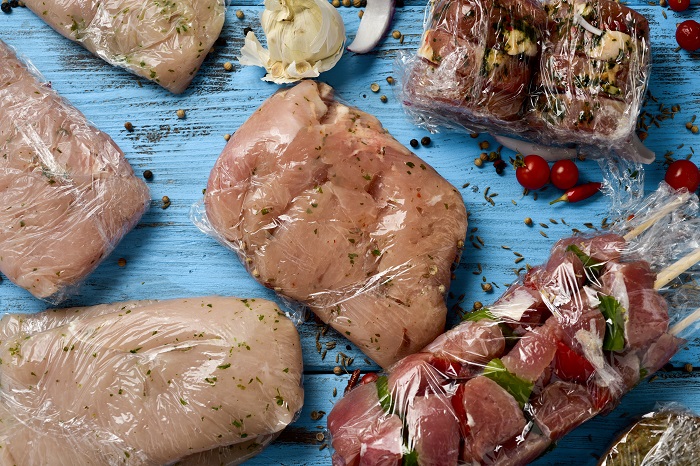 With plant-based contenders vying for wider shelf space with diversified alternatives, the meat sector has adjunctly called for policy shifts that are deemed by some as limiting. An influencer-led campaign
The program’s consumer social media campaign partnered with reality television star Spencer Matthews, who prepared meat-based dishes while commentating on the health credentials of the beef, lamb and pork. Meanwhile, the program’s Blue Monday influencer program worked with Love Island’s Dr. Alex George and nutritionist Dr. Priya Tew, who took to Instagram to “tiredness-busting properties” of meat, which racked up over 510,000 views.

AHDB, QMS and HCC have similarly collaborated with “micro-influencers,” working with British mothers to reach smaller but even more engaged social audiences – specifically mothers of children and teens – to promote recipes featuring beef, lamb or pork. AHDB reports a view count of over one million online users across Facebook, Instagram and blog sites, with “98 percent of engaged users agreeing they would be likely to try the recipes at home as a result of the posts.”

In addition, the campaign also launched the Food Advisory Board this year, comprising a panel of experts in nutrition, agriculture and environmental science. This panel attended a number of health events, including Food Matters Live 2019, the UK’s largest annual health and nutrition exhibition. It was here that the official launch of the Food Advisory Board took place.

The bodies have also worked with the board to engage with trade media to promote their commentary across a range of UK news outlets, placing 14 major advertorials. “Included among these were pieces in the Mail Online – one of which was shared nearly 800 times. Another was ‘Healthier You and Good To Know,’ which informed the publications’ large readership why not to cut meat from a balanced diet, emphasizing the essential nutrients and minerals it provides to support optimum health and wellbeing,” AHDB highlights.

Contending for shelf space
The “Plant-Based Revolution,” a top trend for 2020 pegged by Innova Market Insights, is evidently in full swing and is rapidly bridging the sensorial divide between meat and dairy produce and their analogs. Alternative proteins are notably gaining ground in new markets, like Asia, amid an influx of investment in the plant-based and cellular agriculture spaces.

With plant-based contenders vying for wider shelf space with diversified alternatives, the meat sector has adjunctly called for policy shifts that are deemed by some as limiting. France, for instance, has recently adopted a new act that will remove “meaty names” for plant-based offerings. For stakeholders of the plant-based food sector, led by the umbrella organization European Vegetarian Union (EVU), parts of this law have been decried as doing “the exact opposite” – causing “complications and opacity” for food products.

Such legal constraints on meaty terminology have been previously decried by plant-based stakeholders as “insult to the public’s intelligence.” Last July, NGOs united in an open letter to urge recently-elected Members of the European Parliament to drop proposals to outlaw phrases such as “vegan sausage roll” and “veggie burger” in meat-derived products across the EU.

Even still, activity in the plant-based arena shows no signs of slowing. Earlier this week, DuPont Nutrition & Biosciences (N&B) launched a new eco-centric brand, Danisco Planit, designed for the co-creation of plant-based beverages, dairy alternatives, meat, fish and seafood. Meat shortages throughout the COVID-19 pandemic are noted by company executives as having an upswing effect on the appetite for meatless offerings.