You are in : All News > Tate & Lyle CEO: Asian growth opportunities exist through both “organic investment and sensible M&A”

19 Apr 2019 --- Tate & Lyle is eyeing both Asian expansion opportunities and growth within specialty ingredients, as the company evolves ever further from its commodity roots. While Tate & Lyle’s Primary Products and Food & Beverage Solutions businesses roughly account for 50/50 of the company’s turnover, that mix will shift going forward, through both organic and M&A growth. This is according to Chief Executive Nick Hampton, who also stressed that the company’s Brexit exposure is minimal. In fact, North American Free Trade Agreement (NAFTA) concerns form a much greater area of concern for what was traditionally a British company.

“Those are the categories that we will be looking to serve and within our global footprint, we have plenty of runway,” he says. “I would expect any acquisitions to be either focused on strengthening our current platforms or our geographic position in regions where we are growing faster, which is more East than West because of the prominence of the world’s population in Asia,” Hampton adds.

The reasons for Asian growth are apparent, he stresses. “If I look where growth in food and beverages is, Asia is growing faster than anywhere else. Some 60 percent of the world’s population is in Asia and 20 percent is in China alone,” says Hampton. “So a big focus for us is to expand our business from a strong base in China or more broadly in Asian markets. We will be looking to expand in Asia further in the coming years. Ideally, that will include both organic investment and sensible M&A,” he adds.

Tate & Lyle is a global provider of solutions and ingredients for food, beverage and industrial markets with sales of just under £3 billion (US$3.9 billion) and operating profit of £301 million (US$391 million). The company operates through two global divisions. Food & Beverage Solutions consists of Texturants, including specialty starches and stabilizers; Sweeteners, including low- and no-calorie sweeteners; and a Health and Wellness portfolio comprising mainly specialty fibers. Primary Products consists of high-volume sweeteners, industrial starches and fermentation products (primarily acidulants). It also sells co-products from the corn milling process as animal nutrition.

Nick Hampton, Tate & Lyle's Chief Executive, “At the moment they are about 50/50 in terms of earnings generation, but the growth area is the Solutions business. Any M&A we do will be in the solutions space, so you could expect that 50/50 mix to shift in products but also towards emerging markets in the coming years,” Hampton notes.

Tate & Lyle reinvests between 3 and 4 percent of their Food & Beverage Solutions turnover back into R&D. “We feel this is a relevant measure. I am confident in that level of investment and if we have good ideas to invest behind we are not constrained either,” he adds.

A focused strategy was exemplified last month when Tate & Lyle signed an agreement with Lantmännen for the sale of Tate and Lyle’s oat ingredients manufacturing facility in Sweden. The deal is the outcome of a strategic review, where Tate & Lyle said it no longer believed that its oats ingredients business fit with the mainstream food categories it now focuses on.

“When we announced our half-year results, we said our oats business didn’t fit well within the categories that we are now focused on: beverages, dairy and soups, sauces and dressings,” Hampton explains. “Lantmännen is committed to investing in the future of that business in a way that is more central to them than it is to us. We are pleased that we have found the right buyer so that the business will be in good hands going forward,” he adds.

Tate & Lyle is regularly named among the players in a consolidating ingredients market, with a potential tie-up with Ingredion frequently mentioned. “There have been rumors about consolidation in the market for several years. The key for us is to continue to focus on the strategy that we laid out to grow our business and we will see how the market evolves,” says Hampton.

Funds are available if the right potential deals emerge. “We have a solid balance sheet, which has been strengthened significantly in the last five years. We have significant balance sheet flexibility to do the right kind of M&A deals. Ideally, you would like to do something more substantial than less and we are therefore actively looking for the right acquisition targets. It is very central to our thinking going forward,” he adds.

While Tate & Lyle’s heritage may be British, Hampton, who is himself British, stresses that the company has completely transformed over its 160-year history and now has very little exposure to the UK. While he admits personal relief on the apparent avoidance of a “no deal” Brexit, Hampton points out that from a business perspective, less than 2 percent of the company’s revenue is now UK-based. “We are predominantly a US dollar company, so in some ways, the noise of Brexit has strengthened our business because of the relative exchange rates between the dollar and pound,” he notes. 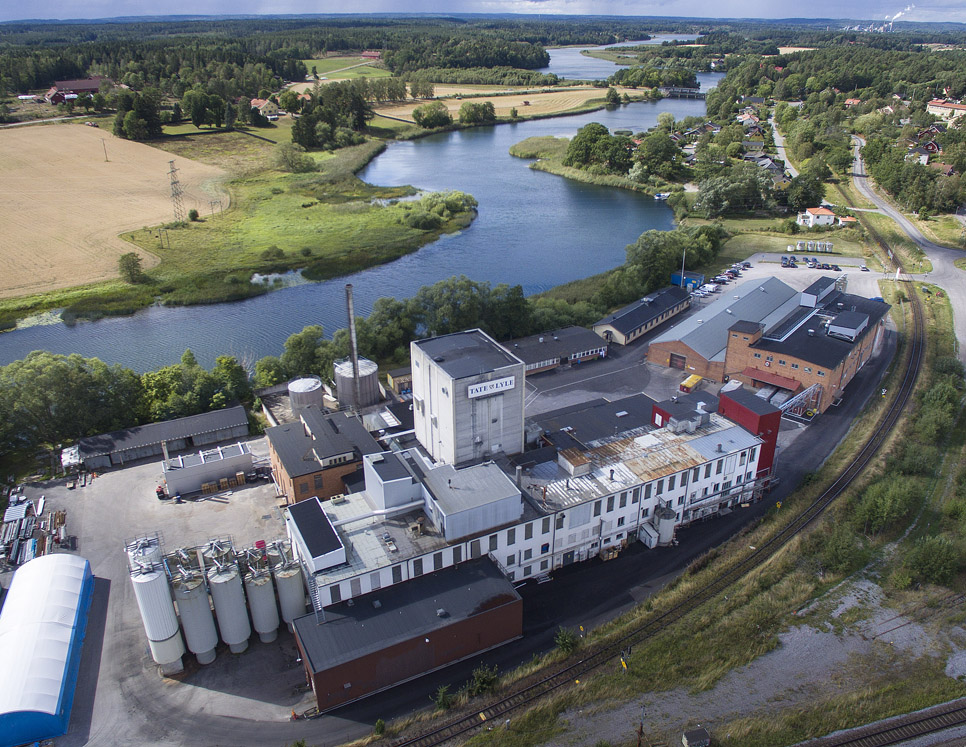 A focused strategy was exemplified last month when Tate & Lyle signed an agreement with Lantmännen for the sale of Tate and Lyle’s oat ingredients manufacturing facility in Sweden. “The impact is minimal – we have one production facility in the UK and we are doing a little bit of export from there, but it is not something that is causing us a lot of headaches at this point,” says Hampton. “Obviously, we are concerned about anything that would impact our employees in the UK to make sure their jobs are maintained, but Brexit in itself is not what keeps me awake at night,” he adds.

More concerning are some of the other geopolitical issues such as the trade barriers being created by the Trump presidency with Mexico and China. With a view on Tate & Lyle’s North American business and Primary Products business, there is a significant amount of cross-border trade with Mexico.

“When you look at the corn milling industry in North America, 10-15 percent of US production goes into Mexico. So, therefore, the renegotiation of NAFTA was a big concern for us. We are incredibly pleased that the new deal has been struck and that the trade for our agricultural products has been all but resolved,” he says.

So what about innovation? The CEO notes that Tate & Lyle is successfully developing new products that are focused on some of the key market trends. “If I look at the growth of our NPD portfolio, which now represents more than 10 percent of our Solutions sales, that is strong progress given that our Innovation Center in Chicago was only opened 5 years ago,” he notes.

He points to three examples of innovation.

“Our CLARIA clean label starches are very on-trend and delivering significant benefits for us, through technology, taste and clean color,” he notes.

The company’s PROMITOR Soluble Fibre is performing well, both because fiber is a strong trend, but also because it was included under the FDA’s new definition of dietary fiber (published in June 2018), which means it has a demonstrated physiological health benefit. “We have seen increased customer demand since the new fiber definition, so I expect to see more of that going forward,” he notes.

The company has also enjoyed strong growth for its sweetener range, with a partnership in place with Sweet Green Fields (SGF) to strengthen their stevia range. “We have just launched our Reb M product, TASTEVA M Stevia Sweetener, which starts from the stevia leaf and is made through an enzymatic process and offers good cost in use,” he says.

Hampton was also encouraged by this week’s US news that the Food and Drug Administration (FDA) will allow the low-calorie sweetener allulose to be excluded from total and added sugars count on Nutrition and Supplement Facts labels when used as an ingredient. It followed a lengthy process that was only further prolonged by the US government shutdown at the turn of the year.

As a major supplier of the ingredient, this policy breakthrough will aid a significant rollout. “We’ve seen incredible solutions, but the labeling in the US was a challenging hurdle until now. The draft guidance is a breakthrough in our ability to offer consumer and customer relevant solutions in the face of today’s obesity and diabetes health crises,” says Hampton. “It’s gratifying to receive this decision and unlock the great potential that allulose has to reduce calories in a significant way while delivering great taste and functionality,” he concludes.

Consumers are gravitating toward sweeteners they consider to be “closer to nature” from simple, recognizable sources. The levies and taxes being imposed in... Read More

This week in industry news, Unilever has solved its litigation with Ben & Jerry to license its ice cream in the disputed West Bank territory, Kemin unveiled its... Read More

Using its patented nanotechnology, Capsoil Food Tech has developed a unique, water-soluble vitamin D powder which is touted as “unlike anything else on the... Read More