You are in : All News > Allulose cleared of “added sugar” labeling: FDA success presents US commercial pathway 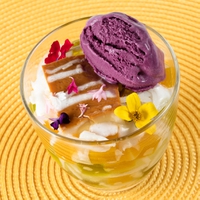 18 Apr 2019 --- The US mainstream commercial adoption of allulose looks closer than ever after the US Food and Drug Administration (FDA) announced that it will allow the low-calorie sweetener to be excluded from total and added sugars counts on Nutrition and Supplement Facts labels when used as an ingredient. It followed a lengthy process that was only further prolonged by the US government shutdown at the turn of the year.

“The key behind allulose being excluded from ‘total sugars’ or ‘added sugars’ label declarations is that the latest data suggests that allulose is different from other sugars in that it is not metabolized by the human body in the same way as table sugar,” says Susan Mayne, Ph.D., Director of FDA’s Center for Food Safety and Applied Nutrition. “It has fewer calories, produces only negligible increases in blood glucose or insulin levels and does not promote dental decay,” she adds.

The news, which was announced yesterday, has been welcomed by major suppliers Tate & Lyle and Ingredion (which has a partnership on allulose with Japan’s Matsutani, a pioneer in the area of rare sugar research and development). 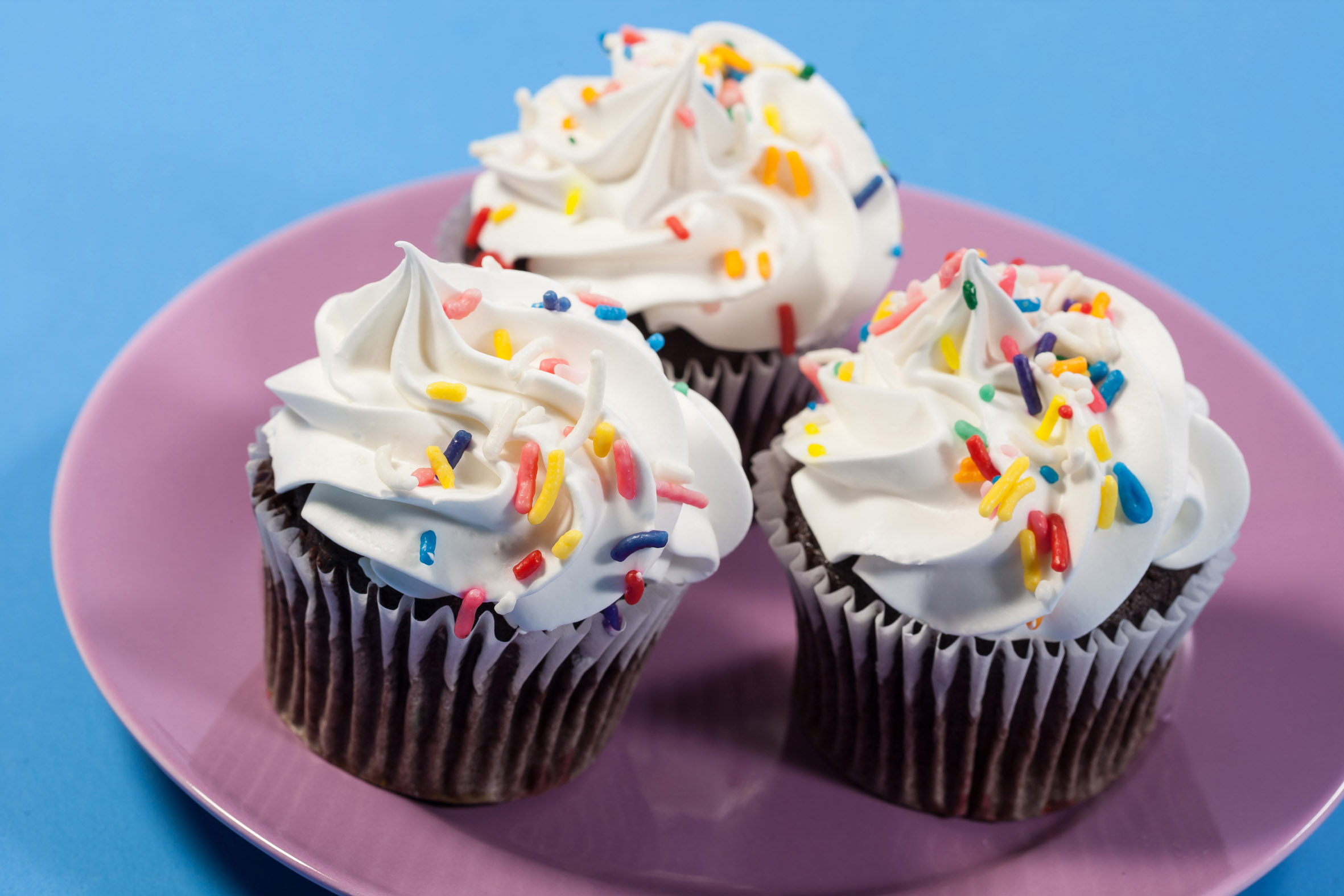 Ingredion, says that the announcement marks a “pivotal shift” in the larger rollout of allulose in the US.“Leading the commercialization of allulose back in 2015 with DOLCIA PRIMA allulose gave us the opportunity to be the first to work with food and beverage manufacturers on their calorie reduction challenges using this ingredient,” Abigail Storms, Vice President of Global Strategic Marketing at Tate & Lyle says.

“We’ve seen incredible solutions, but the labeling was a challenging hurdle until now. I am excited at the impact we can now make together with our customers on the reduction in sugar consumption in brands across categories in the US. This is a breakthrough in our ability to offer consumer and customer relevant solutions in the face of today’s obesity and diabetes health crises,” she adds.

Afrouz Naeini, Regional Platform Leader for Sugar Reduction in the US/Canada at Ingredion, says that the announcement marks a “pivotal shift” in the larger rollout of allulose in the US. “This decision opens a new door for product formulators and developers as they seek to develop products that meet the consumer demand for reduced calorie and reduced sugar,” she tells FoodIngredientsFirst.

Allulose is a low-calorie sweetener that is naturally occurring in small amounts in wheat, some fruits (including figs and raisins) and a variety of other foods and can also be manufactured. It is one of many different rare sugars that exist in nature in very small quantities. 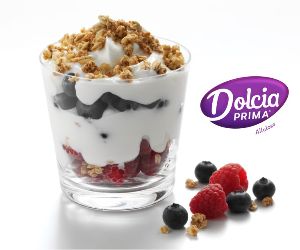 Tate & Lyle, which produces DOLCIA PRIMA allulose (a low-calorie rare sugar) welcomed the news. The on-trend ingredient is 70 percent as sweet as sugar and helps manufacturers reduce sucrose in their recipes and develop reduced-calorie food and beverages to meet growing consumer demand. Allulose has 95 percent fewer calories than sucrose.

Launches featuring the ingredient thus far have been few and far between, but scientific support is growing. Innova Market Insights reports that patent activity is thriving in natural sweeteners, with 42 percent growth in allulose publications just one indicator of this research trend (global, 2018 vs. 2017).

The FDA plans to soon release additional guidance to help manufacturers in complying with new labeling requirements, including a guidance to address the declaration of added sugars on packages and containers of honey, maple syrup and certain cranberry products. In the meantime, the agency has addressed the unique properties of allulose in the draft guidance issued.

Danielle Schor at the Center for Food Safety and Applied Nutrition, FDA, tells FoodIngredientsFirst that while industry data and information were considered, the agency conducted an independent review of the scientific evidence as well. It was a unique guidance for what is a unique ingredient. “The draft guidance document is specific to allulose. It does not address or include other sweeteners. High-intensity sweeteners that are not chemically ‘sugars’ are not included in the sugars declaration,” she explains.

On May 20, 2016, the FDA announced the new Nutrition Facts label for packaged foods to reflect new scientific information, including the link between diet and chronic diseases such as obesity and heart disease. The new label will make it easier for consumers to make better informed food choices. FDA published the final rules in the Federal Register on May 27, 2016. The new label is already appearing on packages even before it is required to be used. Manufacturers with US$10 million or more in annual sales must switch to the new label by January 1, 2020; manufacturers with less than US$10 million in annual food sales have until January 1, 2021, to comply. 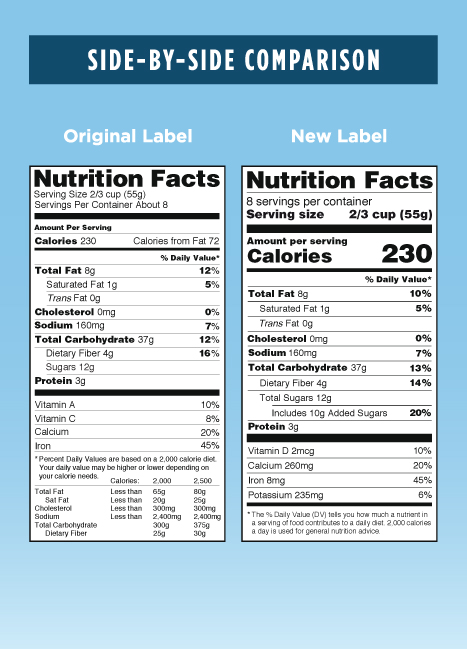 On May 20, 2016, the FDA announced the new Nutrition Facts label for packaged foods to reflect new scientific information, including the link between diet and chronic diseases such as obesity and heart disease. Mayne points out that allulose will still count towards the caloric value of the food on the label – but the guidance document states the FDA’s intent to exercise enforcement discretion to allow the use of a revised, lower calorie count. As with other ingredients, allulose must still be declared in the ingredient list, however.

“This is the first time the FDA has stated its intent to allow a sugar to not be included as part of the total or added sugars declarations on labels, a reflection of our flexible and science-based approach to food product labeling. This guidance is one of several that the FDA has already released or will soon be releasing to assist manufacturers in complying with new labeling requirements,” she points out.

Tate & Lyle, which produces DOLCIA PRIMA allulose (a low-calorie rare sugar) welcomed the news. “Our regulatory, legal, nutrition and marketing teams have worked with the FDA to show the potential health benefit that allulose could have for US consumers, if labeled in a clear and appropriate way,” Storms at the company says. “It’s very rewarding to receive this decision and unlock the great potential that allulose has to reduce calories in a significant way while delivering great taste and functionality,” she adds.

A Tate & Lyle statement notes that the FDA’s decision will clear the way for food and beverage manufacturers in the US to reap the full reward for products incorporating allulose. That is the ability to deliver both calorie and sugar reduction in consumer end products where the ingredient is used. “This also ensures greater consumer understanding of the true benefits that allulose can bring – without confusing those consumers who pay close attention to ingredient lists and nutritional labels. Research shows that listing an ingredient as a ‘Sugar’ and an ‘Added Sugar,’ but having it contribute virtually no calories, is confusing for consumers,” a statement reads.

One of the most interesting ingredients business stories of 2018, was Ingredion’s entry into a relationship with Matsutani Chemical Industry Co., Ltd., Japan’s leading producer of specialty ingredients. The deal, which was announced last December, will see Ingredion company manufacture ASTRAEA Allulose in Mexico and market it across the Americas.

The FDA success will present a greater platform to increase awareness of the sweetener. Naeini points to the results of recent Ingredion consumer research on over 1,000 US consumers. While it showed that there is still low consumer awareness around allulose, this is to be expected given its limited commercialization. However, she notes that the findings show that sharing information and educating consumers about the advantages of allulose makes a significant impact on positive acceptability of the ingredient and purchase decision on products containing allulose.

The research identified a high level of interest among consumers for low calorie sweeteners that could provide clean sweet taste and indulgence, particularly for the sugar free segment (13 percent of the US population) who manage conditions such as diabetes. “Allulose brings this segment the opportunity to once again experience indulgent sweet taste in products they could no longer enjoy. Lastly, after being informed about the attributes of allulose, over 70 percent of consumers express that they are interested in purchasing and trying products with allulose,” she concludes.

With appealing taste experiences ever at the forefront of sugar reduction strategies, food technicians at Ingredion are exploring expanded applications for their stevia... Read More