You are in : All News > Easter innovation: Vegan and ruby chocolate-inspired NPD rises

18 Apr 2019 --- Seasonal NPD allows companies to “get creative” within the confines of a specific theme and draw inspiration from tradition combined with trending themes. This Easter, companies have taken inspiration for this challenging but exciting task from novel trends such as ruby chocolate and veganism.

Innovative Easter launches
Traditional releases of chocolate eggs, bunnies and chicks are not enough to catch the attention of modern consumers who look for innovation in NPD, both in terms of shape and flavor. This has spurred several product launches with “out-of-the-box” concepts.

Avocado’s popularity is still as strong as ever and with this in mind, UK retailer Waitrose has released an eye-catching Easter egg. The egg has a dark chocolate shell, a white chocolate filling and a cocoa dusted chocolate center to mimic an avocado seed. The shell and seed are Belgian chocolate, while the white chocolate middle uses natural coloring to imitate the green flesh of the fruit. Despite looking just like a giant avocado, the egg is made using 100 percent chocolate, with no avocado flavoring. “Inspired by the continued trend for all things avocado, we wanted to create a fun addition to our Easter range. This unique twist on the classic egg may provide a fun talking point among family and friends this season,” says Waitrose. 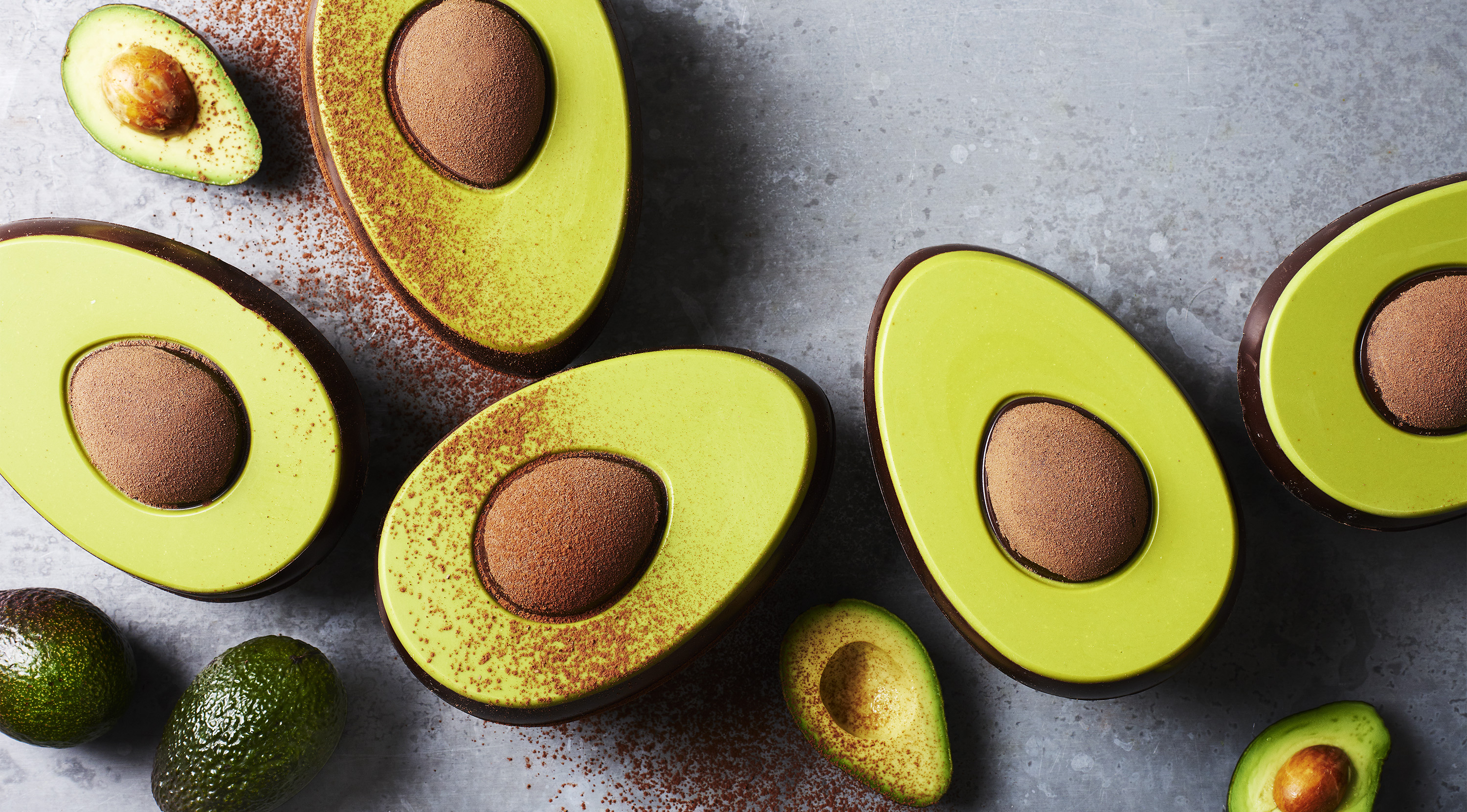 In light of prosecco’s global popularity, M&S has launched the “Proseggo,” the luxury milk chocolate egg has been flavored with the bubbly tipple as well as a hint of raspberry and blackcurrant, and a dash of salt. The chocolate treat, which took M&S Easter egg developer Katy Patino over a year to perfect, is made using glittery pink cocoa and features a hand-decorated swirly design. “We've infused luxury milk chocolate with raspberry, blackcurrant, and Prosecco for a delicate flavor with floral notes,” she says.

IKEA has launched a flat-pack chocolate easter bunny, made from sustainably-sourced cocoa while Aldi has released an extravagant chocolate birdcage which includes a beautifully carved dark chocolate and caramel egg inside of it.

As Easter this year coincides with the last season of popular HBO series Game of Thrones, UK online retailer Deliveroo has released three dragon egg Easter eggs. The eggs are carved to look as if covered in dragon scales and are coated in lustrous green, orange and red metallic colors.

Ruby Chocolate Easter NPD
Following the introduction of the “fourth type” of chocolate, derived from ruby cocoa beans, this type of pink-hued chocolate provides an intense berry-fruitiness without the addition of any flavorings or colors. Ruby chocolate is seeing a boom in NPD, which has been transferred into seasonal launches as well.

Aldi has released a diamond-shaped ruby chocolate egg that is filled with a variety of similarly shaped chocolates, including flavors like pecan praline, black tea and gianduja, raspberry, Malden sea salted caramel, orange and pomelo.

Good news for KitKat fans, as Nestlé has created a Ruby chocolate KitKat egg. This is the first time Nestlé is offering an Easter egg made from this new type of chocolate. This new rose-colored Easter egg is wrapped in bright pink foil and comes with two packs of four finger KitKat made with ruby chocolate on the side. The product is exclusively available at Tesco stores.

Traditional favorites
Despite the fresh appeal of innovative launches, Easter is linked to certain flavors and traditions that consumers look out for. Tapping into this demand, many launches involve classic flavors and shapes.

Back by popular demand, Lidl supermarkets has re-released a hot cross bun ice cream that was a sell-out success last year. The 480ml tubs of dairy ice cream infused with hot cross bun flavors, chocolate sauce, raisins and pieces of bun, are expected to be a hit with consumers once again.

This year, Nestlé has released its biggest ever Easter egg range which features eggs from several much-loved brands as well as an “egg-citing” range of newly developed eggs for 2019 including a Smarties Unicorn edition Egg and some “Incredible” Eggs for KitKat, Smarties and Yorkie lovers. There is also Rowntree’s Randoms Easter Mix for those who prefer sweets over chocolate ensuring there is something for everyone.

Among notable Easter releases from Australia is Buttermilk’s Hot Cross Bun Crumbly Fudge. The handmade product is described as a real treat packed full of raisins and a little bit of fragrant fruit peel for the delicious bun taste. It is suitable for vegetarians and also gluten-free.

Vegan Easter chocolates
Vegan, vegetarian and plant-based growth has been a key theme for several years, but the extent to which it grew into the total mainstream with both vegetarian and vegan options became incredibly clear throughout 2018. According to data from Innova Market Insights, there has been more than 45 percent average annual growth in food and beverage launches with a vegan positioning (CAGR, 2013-2017). Brands are increasingly aware of this market demographic and NPD is targeting their specific demands for cruelty-free yet delicious alternatives to popular products.

UK retailer Sainsbury’s has launched a vegan, white chocolate and strawberry Easter egg that is boasting a “moreish milkshake flavored taste.” The chocolate egg is pink in color and speckled with strawberry pieces. 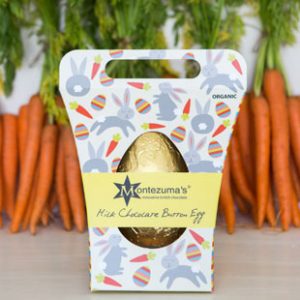 UK family-run company Mummy Meagz has also launched a vegan version of Cadbury’s Creme Egg which tastes “as good as” the original, according to the company. The eggs were created five years ago, but recently launched online, attracting significant attention in the vegan space.

Accidentally yet delightfully vegan are Oreos launches which, among its range of brand new flavors, include a spiced carrot cake flavor.

With an array of seasonal launches tapping into many current consumer trends and tastes, the industry is well prepared to celebrate Easter this year.

Industry appetite for Natural Branding – a technology that lasers markings onto the surface of some fruits and vegetables – is gaining traction amid... Read More

Onions that do not reduce cooks to tears have all but been a mythical illusion until now with Waitrose unveiling a sweet range of onions called Sunions which will be... Read More