You are in : All News > Special Report: Beverage Innovators Target Craft and Plant-Based Opportunities 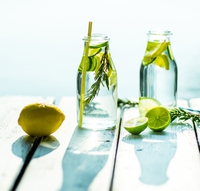 12 Jun 2017 --- Craft, sustainability, plant-based natural ingredients, functional drinks, botanical boosts and of course clean label are all trends that are driving new product development in the beverage industry. From millennials to seniors, and from east to west, global consumers are seeking less sugar and more nutrition.

Generally they are asking questions about naturalness, provenance and sustainability: “What ingredients are in this drink?” and “How does this benefit me and my family?” “Where did that ingredient actually come from and what were the environmental/social impacts?” There is much more of back story, a connection, that goes along with purchasing decisions.

Social media contributes to the current wave of food/drink-related content as a form of self-expression and the debate around beverages – what’s in them, what’s new and so on – continues to dominate the sector. 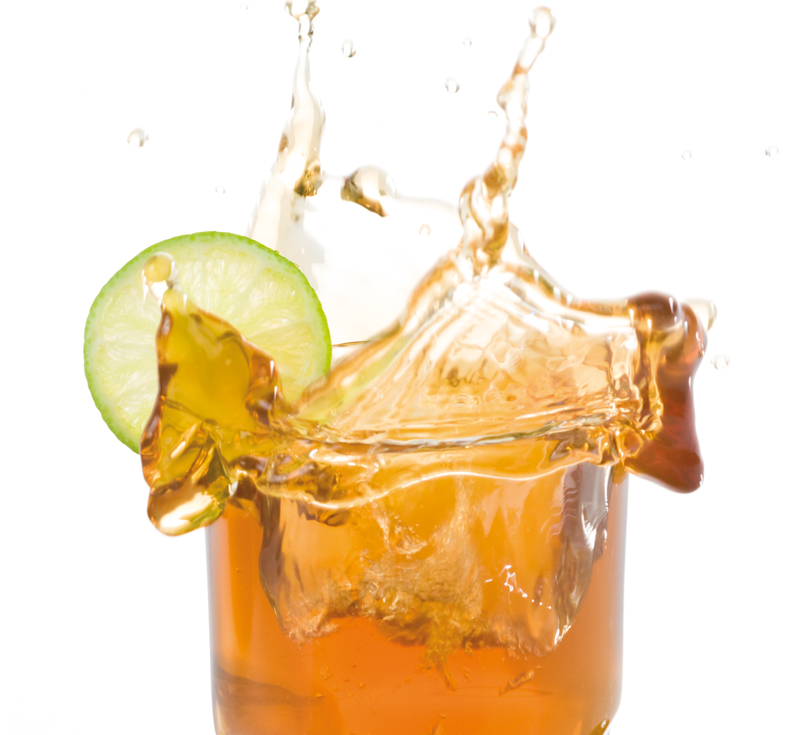 Click to Enlarge
This is particularly true for sugar reduction – and it’s not necessarily legislative measures that are driving industry to cut out sugar – it’s the consumer.

“The number one topic not only in private label beverages but in the whole of the beverage market in general, is sugar reduction. We are showing a sugar reduced cola beverage which has zero calories and very good tasting product,” he says as he goes through a range of beverages.

When considering “better for you” beverage ingredients, sugar is most definitely public enemy number one and so new product developments not only have to push the no or low sugar message, but replace it with why this drink is now so much better for you – and still just as good. Consumer acceptance is the ultimate benchmark.

Coca Cola Life, the green labeled cans and bottles launched a few years back promoting stevia as a key sweetening ingredient, is currently being phased out in the UK amid a decline in sales.

The bottom line is that UK consumers didn’t take to it.

According to Innova Market Insights, no added sugar/sugar free/low sugar claims are going up around the world. The latest figures show in Australia there were 27% of such claims in 2012, and 43% in 2016. In Asia, the claims went up from 8% to 11% over the same time period, similarly in the Middle Eastern region the claims increased from 12% to 15%.

And the percentage of global soft drinks category product launches tracked with no added sugar/sugar free/low sugar claims, by region (2016 vs. 2012H1) show a jump from 13% to 24% in Latin America, while North America increases from 22% to 24%.

Also during PLMA Vanessa Blume, from Symrise, was also highlighting sugar reduction as part of the increasing craft trend.

“The craft trends comes from the beer industry and we’re trying to interpret it in new ways. We created a whole concept coming from the non-alcoholic pack to the alcoholic pack where we really tried to have great ingredients like extracts and distillates,” she tells FoodIngredientsFirst.

“For example, to create our new craft cola, we said ‘what is a craft cola’, and it’s without E-numbers, it’s a great taste, an adult taste, it’s not a full sugar version so this is something we really grabbed onto and thought that this is a great concept for the craft trend.”

“It’s coming from the consumer who is looking for more natural solutions. They don’t really want the full sugared version and they also want an adult taste.”

See the full video interviews with Schluter here and with Blume here. 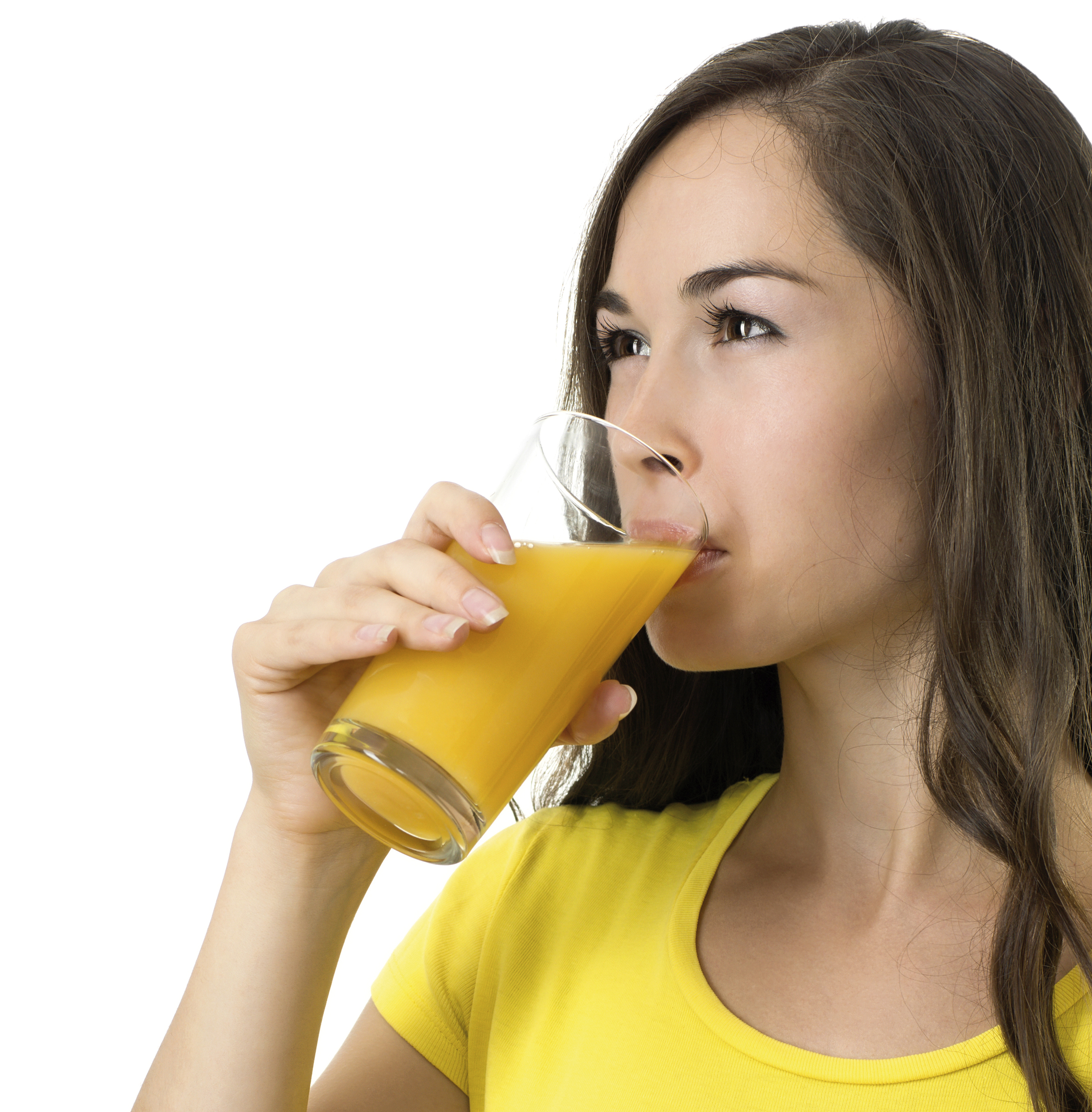 Click to EnlargeLeader in the research and development of carotenoid-based wellness products Lycored agrees. Christiane Lippert, Head of Marketing, Food, at Lycored, tells FoodIngredientsFirst: “Consumers are more and more health conscious, and of course awareness of sugar content is one of the most important elements of that. I don’t see any signs of that trend slowing.”

“The shift from artificial to natural colors is a major trend in beverages, as it is in other categories. Across the world, consumers are sending a clear message that they want drinks colored naturally, and manufacturers are responding to that in a big way,” she says.

“We closely monitor the latest scientific research affecting consumer trends – such as studies linking health concerns to synthetic colorants. We also get insights from our own consumer research. For example we’ve found that consumers of flavored milk drinks experience a “feel-good factor” from buying naturally colored products.”

“We work closely with beverage manufacturers to help them keep pace with consumer demand for natural – particularly in North America. Lycored is committed to making it much easier for them to make that shift. Our US distributor Prinova, for example, is very actively involved in helping soft drinks companies reformulate brightly colored beverages focused at children to more natural alternatives.”

At the heart of Lycored’s colorant family, says Lippert, are – Tomat-O-Red and Lyc-O-Beta, which deliver a range of yellows, oranges, pinks, and reds that are certified kosher and halal, are vegetarian friendly and non-GMO, and heat, light, and pH stable.

“Manufacturers now have greater opportunities than ever to color beverages naturally – they can get all the advantages without compromising on stability. For example, we’re currently showcasing our natural color options for flavored sparkling waters which demonstrate resistance to fading, ringing and lack of sedimentation.”

“In terms of challenges, naturally colored beverages account for 58% of NPD, which is lower than in food. So beverage manufacturers still have a lot to do to keep pace with consumer demand for naturalness – particularly in North America.”

Botanicals in Beverages
Botanicals are boosting beverages by adding the types of healthy ingredients consumers want to see on the label.

According to Innova, there was a 107% rise in claims with flower flavors from 2015 to 2016. Similarly, there was a 36% hike in herbs and spices and seeds flavors soared 40% over the same period.

And the key “better for you” beverages right now include ginger with its stomach settling qualities – Coca Cola has launched a ginger drink in Australia – licorice root is finding its place in beverages, partially because of its anti-inflammatory and immune-boosting qualities, and the sophistication of lemongrass is a trending citrus flavor with the added bonus of being an ancient Chinese remedy for digestive health problems.

Flax, sesame and chia seeds are being widely applied in beverages, offering a considerable nutritional punch as well as desirable textural attributes, while the blue-green algae spirulina is a plant-based protein packed with essential amino acids which adds a special nutritional quality to drinks.

Some lesser known ingredients include guayusa, an Amazonian super-leaf naturally packed with caffeine and antioxidants and has a similar taste to yerba mate. This novel caffeine ingredient is tipped to grow in popularity.

Beverage Innovation & NPD
According to Schluter, another trend that is gathering pace, particularly for private label beverages, is dairy alternatives.

“That’s drinks based on almond, coconut, soy and based on different raw materials,” he says.

“One is a coconut cappuccino type drink, a very good tasting dairy alternative drink with a fantastic flavor. In addition, we have a cold brewed coffee concept which is coming from the US into the European market. A cold brew coffee carbonated soft drink with a mango toffee flavor based on a natural coffee extract.”

“Another one which I find really interesting is a dairy smoothie that is not only based on fruit but really a combination of dairy and fruit, and this combination brings out the best in both. It has a very smooth texture, is 100% natural and has a great mouthfeel.”

“Another topic which is becoming more and more important is functional drinks. Not only vitamin drinks, but also target-group specific drinks like drinks for kids, adults and seniors.”

Natural colorings are a must for any food and beverage manufacturer but they can be difficult to work with, since they sometimes produce inconsistent results. With our Tomat-O-Red® and Lyc-O-Beta® natural red, orange and yellow colorings, you can be confident of achieving the authentic appearance you desire in your products time after time. Tomat-O-Red® is created using tomato derived lycopene and offers a more technically sound red coloring alternative to unstable beetroot and anthocyanins, and also carmine, which is not vegetarian-friendly. Lyc-O-Beta® is sourced from Blakeslea trispora, a beta-carotene-rich, allergen-free natural fungus cultivated by Lycored. Both color ranges are available in liquid form and Lyc-O-Beta® is also available as a water-soluble powder. They are approved for use as food colorants in the EU, US, Japan and Australia. They are also certified Kosher and Halal, non-GMO, vegetarian and are heat, light and pH stable.

Great taste is what keeps consumers coming back for more – and it’s within easy reach with Lycored’s portfolio of ingredients for natural taste and texture improvement, all of which qualify for a simple foodstuff declaration on the label – just ‘tomato’. Within the range, SANTE offers a balanced roundness, intensity and lingering flavour in almost any food application, while our new Dry Tomato Pulp combines an authentically fresh and vibrant red color with a stable texture for red sauces (including pasta sauces), ketchups and soups. Our Lyco-Fibers are an excellent way to naturally modify pulpiness, viscosity and mouthfeel, with declarable fiber content, in sauces, soups and meat products.

For Lycored, nutrition isn’t complicated – it’s natural. It all just starts with a seed – our seed. At the heart of our business is our hero ingredient, Lyc-O-Mato®, a patented tomato extract that’s rich in lycopene and a range of other phytonutrients, including phytoene, phytofluene, beta-carotene, tocopherols and phytosterols. Scientific research has shown that the phytonutrient complex in Lyc-O-Mato™ works in synergy with the natural lycopene to offer powerful antioxidant activity and health benefits.

Lycored also offers nearly 400 fully approved active ingredients suitable for use in pre-mixes. They can enhance the nutritional profile of products and create new positioning opportunities across a range of sectors, including infant formula, dairy, bakery and other staple foods. We’ll create a bespoke pre-mix formulation for your product from our extensive portfolio of vitamins, minerals, botanicals and other functional ingredients, all of which come from trusted and traceable sources. We’ll also ensure encapsulation and delivery methods are optimised for your application, so you can be confident that your end-product will perform just as intended.

At Lycored we’re proud to say that we know where all of our ingredients come from. They’re carefully grown on lush farms, where our farmers let nature work its magic. After harvesting, we apply gentle processing techniques to extract the active compounds from the raw material, which we use to create our unique and natural ingredient formulations. But we don’t just supply ingredients. We also like to share our expertise and work closely with our customers to support them in using our ingredients to create great products that will really resonate with consumers.

Contact us today to find out more about the fantastic potential of Lycored’s natural ingredients. Discover the World of Heart + Soil. http://www.lycored.com

28 May 2020 --- Symrise is investing  €50 million (US$55 million) in the construction of a new production site for flavorings in Nantong, China. The move marks the... Read More

27 May 2020 --- Coca‑Cola HBC, one of the world’s largest bottling partners of The Coca‑Cola Company and Costa Coffee, has unveiled a new range of Costa Coffee products aimed... Read More

01 May 2020 --- This week in business news, Lamex Food Group acquired German frozen food company Horns GmbH for an undisclosed sum and IMCD increased its footprint in the Middle... Read More