You are in : All News > Sophie’s Bionutrients CEO: Feeding microalgae food waste can lower protein costs for alt-milk and flour 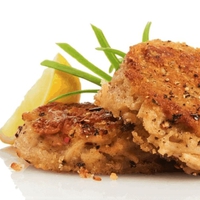 30 Apr 2021 --- Sophie’s Bionutrients has developed a proprietary strain of microalgae that can grow in a fermentation tank, be fed on various food waste and harvested in three days. Used in dairy and meat alternative applications, the Singapore-based B2B food-tech company’s microalgae is developed to contain 60 percent of protein, which exceeds World Health Organization (WHO) requirements for protein products.

The company has recently unveiled its 100 percent microalgae-based milk alternative. Made from one among the “most nutritious microorganisms,” the piloted dairy replacement solution consists of a high-quality essential amino acids profile similar to Sophie’s Bionutrients’ microalgae flour.

Harnessing fermentation
Speaking to FoodIngredientsFirst, Eugene Wang, co-founder and CEO of Sophie’s Bionutrients, details the unique bio-production of this novel food source – backed by six provisional patents in the US – as well as the potential for diversification into new applications. 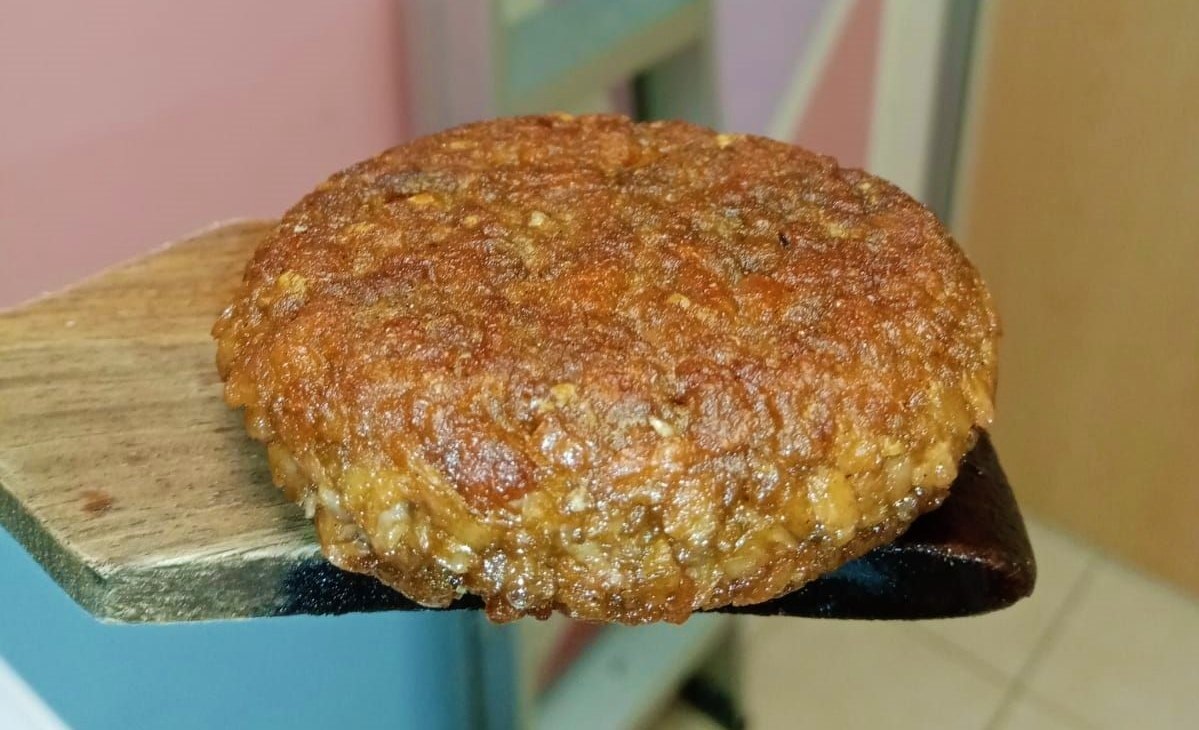 Sophie’s Bionutrients cultivates its microalgae within fermentation tanks. Because no photosynthesis process is involved, one unique aspect of this proprietary microalgae strain is that it has a very light color that can be easily removed.

“Another distinguishing aspect is smell,” says Wang. “There is no bacteria inside the tanks where we grow our microalgae. Therefore, the smell of our microalgae is very light and pleasant.”

Using fermentation, the company’s production output is deemed more than ten times than conventional sunshine pond operations. “So our cost is a lot less than the conventional nutraceutical microalgae protein flour,” Wang notes.

Microalgae-based milk and burgers
Sophies’ Bionutrients’ latest innovation of microalgae-based “milk” is described as having a “wonderful taste” that is not yet comparable to dairy on a flavor benchmark.

While it is still being developed, the cost of production remains high. However, Wang notes this can be addressed once the company acquires a larger fermentation tank.

Among other product developments in the pipeline, the company is experimenting with meat analog applications for its protein flour, such as burger patties.

As the company’s microalgae strains are widely used by the nutraceutical industry, Wang anticipates consumers should quickly gain familiarity with the company’s novel ingredients.

“Going into the future, I believe consumers around the world will embrace it for its nutrition and price,” he remarks. “Using industrial food waste is the unique production process we have for these novel products to make it truly sustainable.”

Sustainability credentials
Microalgae is a sustainable food source as it does not require land mass for cultivation and can be grown indoors. Furthermore, Wang notes that 90 percent of the small volumes of water used in production can be recycled.

“Our production cycle is fast, lasting only three to ten days, versus 45 to 65 days for soy and 1.5 years for beef,” he illustrates.

“The whole system can be set up near metropolitan areas to cut down the needs for agriculture and transportation, addressing food security and supply chain disruption issues facing the world today.” 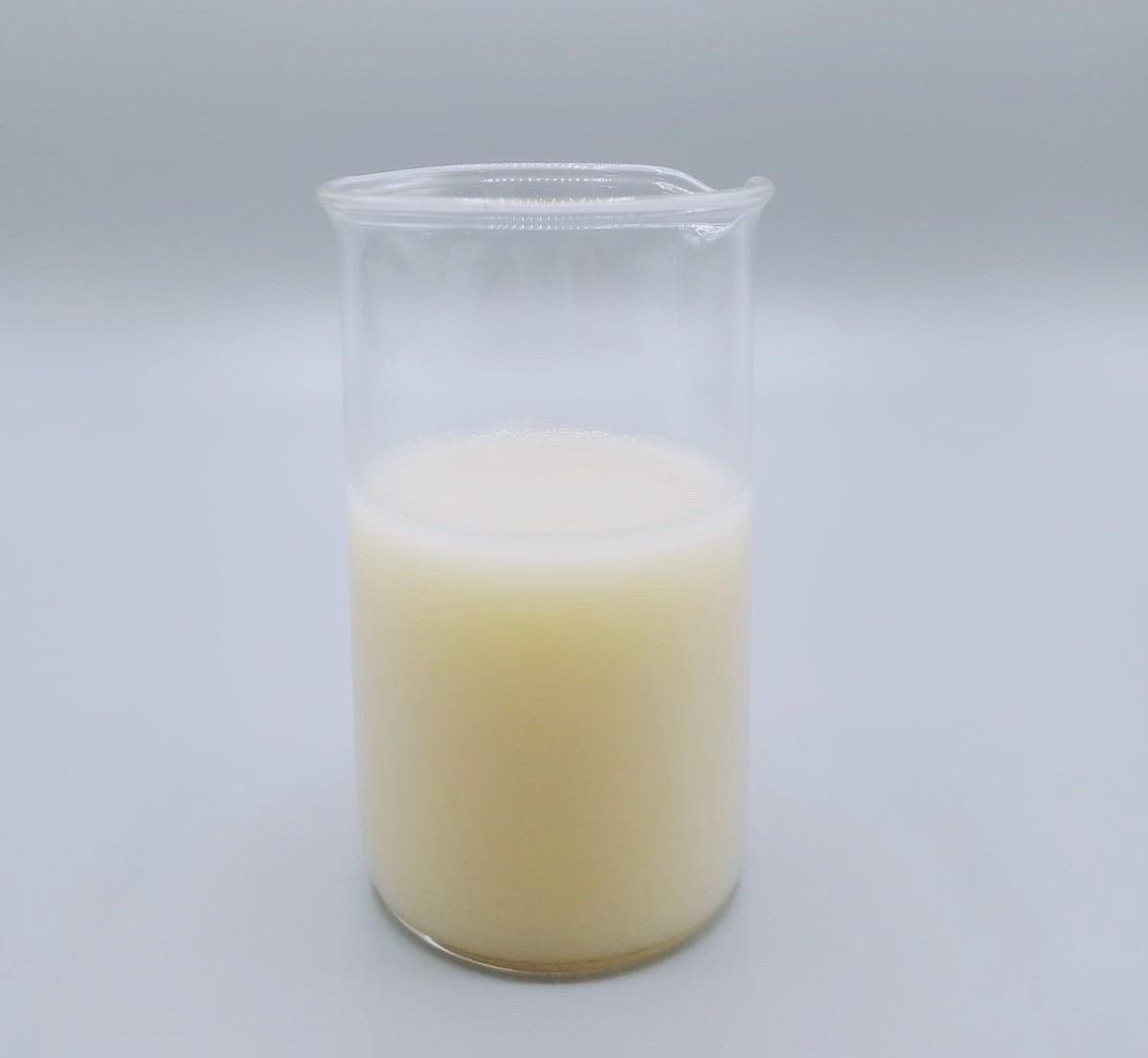 Importantly, Wang highlights that there are no fertilizers, herbicides, antibiotics or growth hormones used within this process. “It is truly healthy for the environment and human body.”

A passion project
Wang was born and raised in Taiwan, coming from a four-generation Buddhist family centered around vegetarian food. “When I found out my daughter Sophie is allergic to shellfish, I started to find ways for people to get the nutrients from the ocean without using the animals,” he tells FoodIngredientsFirst.

Over the course of running Sophie’s Kitchen, Wang’s customers would regularly inquire if his products had equivalent nutritional value as real seafood.

“The short answer I gave them was no, as we were using potato starch and pea protein,” says Wang. “That got me thinking. In order for them to give up seafood, we have to come up with something better.”

Wang was inspired by the knowledge that fish and shrimp source their nutrients from microalgae.

“I started this microalgae research back in 2013 in California,” he explains. “In 2017, I was invited by the Singapore government to come here to pitch. I immediately won my first big grant (Switch Slingshot 2017) that year. Ever since then, this research project was moved here in Singapore.” 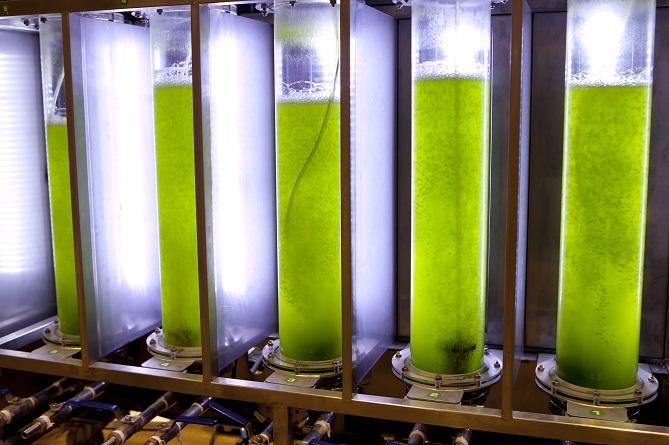 Protein sourced from microalgae allows consumers with seafood allergies to safely enjoy nutrients from the ocean.In 2019, Wang and his team took home the grand prize at The Liveability Challenge with Temasek Foundation. “That was the moment we realized the two units (Singapore B2B Food Tech and California B2C Consumer Brand) need to be separated,” he remarks.

“I like tech. So I decided to stay in Singapore and head this unit. We then renamed ourselves as Sophie's BioNutrients back in 2019.”

Algal ingredients in the spotlight
With nutritious aquatic crops generating interest as an alternative food source, the Good Food Institute (GFI) recently highlighted opportunities to utilize India’s 8,100 km long coastline for seaweed cultivation, which in turn could provide the foundation for the nation’s algal protein industry.

The variants White and Yellow Chlorella vulgaris are noted for their neutral sensory profile and lighter color compared to conventional, intensely green-coloured microalgae.

Last December, Cargill unveiled its first seaweed powder offering within the WavePure ADG line – WavePure ADG 8250 in nautical. From an organoleptic perspective, this “familiar and versatile” marine ingredient was developed to accentuate smooth and creamy textures in dairy, while offering gelling and thickening properties.

In other developments, Kemin Industries has received approvals in the EU and Brazil, allowing its algae-sourced beta-glucan ingredient BetaVia Complete to be placed on both markets. The “year-round immune support” ingredient is manufactured through a patented process using a proprietary strain of algae, Euglena gracilis ATCC PTA-123017.