You are in : All News > Race to zero: Feeble progress on deforestation prompts Nestlé and Unilever to bolster commitments 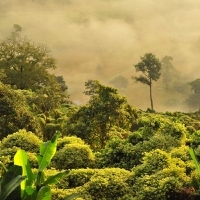 29 Jun 2022 --- New analysis warns that major agriculture companies committed to net-zero could have little to no chance of meeting their climate commitments due to a lack of action on deforestation. Responding to the escalating meta crisis, the CEOs of Nestlé and Unilever have publicly pledged to make supply chains deforestation-free.

But this raises questions about the value of such commitments. The food sector has been under heightened pressure to green up for some time, as around 60% of total deforestation is caused by agricultural commodities production.

“The good news is there are a small but growing number of companies that are leading the way and showing it’s not only possible, but beneficial to the bottom line to deliver on deforestation commitments as a core component of reaching net-zero,” says Nigel Topping, UN climate change high-level climate champion.

“Expert partners like the Accountability Framework initiative have highlighted that to reach net zero the majority of commodity-driven land clearance and deforestation must be halted by 2025.”

Actions to improve food systems are a missed opportunity to cut at least one-fifth of emissions needed to avoid catastrophic climate change.The new findings have just been published in a research paper from the UN Climate Change High-Level Climate Champions, Global Canopy, The Accountability Framework initiative, WWF and the Science Based Targets initiative.

Acute ripples of climate change to “only get worse”
In their joint statement released today, the CEOs of Nestlé and Unilever, Mark Schneider and Alan Jope, assert: “Acute crises don’t magic away chronic ones. In fact, an exclusive focus on today’s pressures risks making those of tomorrow far worse.”

“Nestlé and Unilever are contending with some significant challenges right now: food and energy security and sharply rising commodity prices,” they stress. “Alongside these, the effects of climate change are rippling across our value chains. And, the impact will only get worse.”

“The business upsides of solving these global challenges are clear: consumers are demanding more sustainable products, workers want to work at more sustainable businesses, and investors recognize the risk and opportunity.”

The executives underscores the need to see more done on behalf of the food, land and agriculture industries, of which their multinational firms hold a sizable stake. “The sector contributes 22% of global emissions, and fully half of that comes from deforestation and land conversion to provide food, fiber and fuel.”

“It also means recognizing the legitimate domestic interests of developing countries, specifically those of smallholders, indigenous peoples and local communities. Tropical forest countries often have to balance competing environmental and socio-economic priorities – development, jobs and livelihoods – so we need solutions that deliver all these objectives together.”

The CEOs also assert that businesses must fully harness the potential of technology to track, improve and report on progress. “There have been huge advances in increasing the visibility of what is happening to forests in real time. Much of this can now be delivered at low-cost.”

The primary food sector drivers of deforestation are palm oil, soy and beef.In addition, they maintain that governments, multilateral institutions and development banks, with banks, investors and business, must help accelerate forest finance ahead of the COP27 summit in November.

“Nature-based solutions, including forests, could deliver over a third of the emissions reductions needed, but currently receive just US$133 billion of available climate finance. We need to repurpose US$1.8 trillion of environmentally harmful subsidies so that available finance is commensurate with the size of the challenge and opportunity.”

Food system overhaul is due
In the food sector, the primary drivers of deforestation are beef, soy and palm oil. The demand for these four commodities drives the majority of deforestation.

Consumer discussions around the impact of food on carbon emissions and packaging waste are largely driven by the recent COP26 topics and trials of front-of-pack carbon labeling announced last year.

In New Zealand, the government is planning a bold move to tax farmers for their livestock methane emissions.

While the rate of global deforestation has slowed by 29% within a decade, the Earth’s tropical rainforests are still under threat from livestock grazing, particularly in South America, and cropland expansion for palm oil plantations in Asia, according to a recent Food and Agriculture Organization analysis.

This week’s UN-led report reveals that over 40% (148 companies) of the Forest 500 are committed to net zero, a nearly five times increase (480%) from two years ago.

Of those 148 major forest, land and agriculture companies who have committed to net zero, the analysis reveals that just nine (6%) are making strong progress on deforestation today based on scores from the in-depth Forest 500 assessment.

That means the vast majority (94%) of the major forest, land and agriculture companies who have committed to net zero are currently at risk of missing their climate commitments due to a lack of action on deforestation.

Tamper-proof blockchain systems have been increasingly trialed as a method to prevent illegal deforestation linked to the food chain.Moves to secure greener food chains
As forests are destroyed, we remove one of the world’s biggest carbon sinks. Every year, around one-third of all the CO2 released is absorbed by forests, according to the UN-led report.

The analysis flags that deforestation from the forest, land and agricultural industries contributes around 11% of annual global greenhouse gas emissions.

Focusing on F&B chains in particular, the Global Alliance for Future Food released a 14-country assessment earlier this year, revealing that actions to improve food systems are a “missed opportunity” to cut at least one-fifth of emissions needed to avoid catastrophic climate change.

As tech-driven solutions remain at the forefront of fully transparent supply chains, Unilever is leveraging smartphone-enabled crowdsourcing to broaden its oversight of the palm oil supply chain in Indonesia. The FMCG giant is recruiting mill workers and suppliers to provide photos and information about collection points and ramps via the digital crowdsourcing platform Premise.

In other moves, Swiss-Ghanaian start-up Koa recently unveiled a “tamper-proof” blockchain-based system designed to improve the transparency of cocoa transactions while raising the income of farmers.

Meanwhile, from a food formulation standpoint, technicians at Zero Acre Farms are leveraging fermentation techniques to produce alternative oils and fats at a “fraction of the environmental footprint” of their conventional counterparts including soybean, sunflower, canola and palm oil.