You are in : All News > Mexico curbs key food exports, cutting red tape and sanitary rules to combat inflation 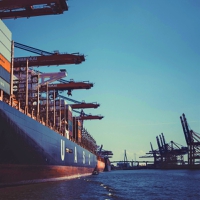 04 Oct 2022 --- Mexico’s government is partnering directly with prominent business leaders to bring down its 14.2% food inflation. The administration will halt exports of popular foods such as beans, white corn and sardines, as well as scrap metal used for food containers. It will also exempt some companies from all domestic importing rules – including sanitary ones – and the general import tax.

“It is trusted upon the signing companies the responsibility of making sure that the traded goods that they do business with follow sanitary, safety and quality rules,” says Rogelio Ramírez de la O, finance secretary of Mexico.

Even if the country delegates its Federal Consumer Protection Agency tasks, Ramírez warns that the government will act if abuses are detected.

The nation’s target is to lower by 8% the costs of commonly consumed 24 food staples compared to current prices by February 2023. In the particular case of corn flour, used to make tortillas, the target is a reduction of prices of 3%.

Supply-driven inflation
According to Ramírez, the country is not battling spikes in demand but trouble with limited supply.Food inflation in Mexico jumped to 14.2% this September.

“Unlike the US where inflation is caused by demand, in Mexico it’s due to supply, for that reason, the best response is to produce more food and cut regulatory and logistical costs.”

The Mexican government will also boost the national production of grains in which they are deficient.

“In order to strengthen national production, the government will attend, in a special way, the cases of food products that require particular solutions to overcome situations of unfair competition, consumption cycles, trade restrictions or any other that is not feasible to be surpassed by the companies themselves and that affects the supply of food,” explains Ramírez.

The finance minister also announced a revision of “any regulation” that prevents the importation of food or makes it more expensive – including tariffs, non-tariff barriers to foreign trade, and other requirements – which he says “will be suspended.”

Food nationalism mixed record
Moves to halt exports of foods and to reign in prices have not always gone according to lawmakers’ plans.

Indonesia’s move to lower palm oil prices through a palm oil export ban was proven too effective as prices spiraled down far more than authorities expected. As prices started abating, the countries’ government tried to stabilize the commodity prices to help farmers – even raising the palm oil use in its biofuel mixes – however, prices continue in a downward trend to this day.

In Argentina, attempts to control inflation by blocking beef exports have proved unsuccessful, with food inflation increasing to 70.6% this July – a similar inflation number to Turkey, whose government just revealed inflation food and non-alcohol drinks is at 93%.