You are in : All News > Looming repercussions of lowered import standards trouble UK food economy 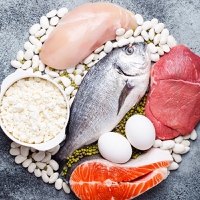 22 Jan 2021 --- Sustain, a coalition of agri-food activists, is flagging the risk of sub-standard animal and agricultural imports into the UK after failed attempts to amend the nation’s trade bill.

The UK government has repeatedly asserted that it will not allow the import of food items such as chlorinated chicken and hormone-treated beef, but has yet to enact those pledges into law.

Proposed amendments to the trade bill that were brought to the House of Lords would have required future trade agreements to be scrutinized by parliament. However, these fell by 353 votes to 277.

“UK consumers have long seen the repercussions of the UK lowering food standards after Brexit. Last year 2.6 million people signed petitions about the issue and more than a quarter of million wrote to their MP,” Orla Delargy, head of public affairs at Sustain, tells FoodIngredientsFirst.

“When they’re asked in polls and focus groups they make their view clear. They do not want their food standards lowered, such as having food produced using banned pesticides or medically critical antibiotics.”

“They maintained that food standards are already protected in law while simultaneously telling MPs that writing food standards into law would hamper future trade negotiations.”

“What we do know is that in rejecting the opportunity to write food standards into law, MPs have paved the way for ministers to quietly lower food standards without the need for debate or a vote,” she asserts.

“They will need to be ready to explain their decision to consumers when this happens.”

The UK government has not mandated the restricted import of food items such as chlorinated chicken and hormone-treated beef.Previously, the UK agri-food sector slammed the government’s “dismaying” decision to strip animal welfare provisions from the Agriculture Bill, set out through a voting process in the House of Commons.

The move is criticized for having broader implications on food import standards that allow the entry of substandard F&B products, including chlorinated chicken.

Assessing the food safety risk
Delargy continues: “The US trade negotiators have already made it clear that they expect the UK to lower its food standards to accommodate US produce – such as chlorinated chicken and hormone beef – but also food produced using pesticides currently banned in the UK and using medically critical antibiotics.”

“We saw this in papers leaked from the talks, but also their trade representatives have repeatedly stated this publicly. International labeling regulations mean US meat could be processed in the UK and labeled as British, and consumers won’t know what they’re eating.”

Furthermore, Delargy stresses that restaurants, cafes and public sector caterers are not required to label the origin of their meat, which means that consumers will not be able to distinguish this information.

UK supermarket chain Waitrose & Partners previously addressed the concerns surrounding the potential of US-produced chlorinated chicken being stocked on British shelves, asserting that it would refuse to stock such products.

These risks have also come to the attention of significant agri-food stakeholders, including celebrity chefs, who have banded together under a coalition to speak out against the issue.

Proliferated substandard crops and livestock
Delargy maintains that if food standards are lowered to allow in produce with residues of pesticides currently banned in the UK, these products would effectively be re-licenced for use in UK fields and gardens.

In addition, by facilitating trade with nations that overuse antibiotics, she flags that the UK could be endangering public health  – “not just in the UK but across the world”  – by increasing resistance to antimicrobials.

“Finally, if we carelessly sign trade deals that increase the availability of and lower the price of unhealthy produce like sugary drinks we could be undermining attempts to tackle child obesity in the UK and nudge people on low incomes towards lower standard diets,” she says.

“We could also make it harder for those battling to improve conditions in their own countries where standards are low. Low standard farming and food production hurts us all and we should not be propping this up with our trade deals.”

COVID-19 has underlined the need for greater vigilance to new threats from animal diseases. Addressing this critical priority, the Food and Agriculture Organization of... Read More