You are in : All News > Locust bean gum shortage: History could repeat itself, says hydrocolloid market expert 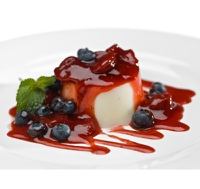 21 Dec 2017 --- There is growing concern about the availability of the hydrocolloid locust bean gum (LBG), due to shortages that are set to continue into 2018. According to Ross Campbell, Business Director at CyberColloids Ltd, food manufacturers should be looking for other alternatives to LBG, or at least aiming to reformulate and consider other options as an alternative.

Last month, DuPont Nutrition & Health announced a global price increase for its GRINDSTED brand locust bean gum (LBG) which was effective from November 1, 2017.
LBG is a seed extract from carob kernels which are harvested in the Mediterranean region during the end of summer. DuPont reports that volume harvested this year is limited and availability of this necessary raw material has resulted in significant increases in the overall cost for DuPont to produce LBG. As a result, DuPont implemented a price increase for LBG of up to 30 percent. In addition, DuPont is limiting the term of LBG price validity to maintain flexibility in response to market conditions.
“DuPont is increasing its LBG price to respond to dynamic market conditions. This price increase will enable DuPont to continue servicing our customers with high-quality LBG. It also will enable a continued focus on quality, safety and productivity to offer the most competitive solutions to the global food industry,” says Jean-Baptiste Dufeu, DuPont Nutrition & Health, LBG business manager. You can read the full article here.
Campbell notes that here is no current market price for LBG since every producer has a different raw material price position. But prices are no more the key. In 30 years, the market has never experienced such major problems in the purchasing of seeds. Presently gum prices range between €16 per kg and €19 per kg, but they may even pass €20 per kg in the not so distant future. This presents se

veral opportunities for reformulation to alternative gum systems.
Over the past months, seeds prices have reached new heights in the area of €5.50 per kg to €6 per kg. For Campbell, this draws parallels to the price explosions which were experienced in 1995 and 2005. It seems that the 10-year cycle of raw-material price movements proved to be true again, this time with a little delay.
“Nobody yet has exact figures on absolute numbers of available crop and there is a lot of rumor and speculation. We are hearing that the Spanish crop is down and that the Moroccan crop is down a little, by around 30 percent, but we don’t have exact figures,” Campbell (pictured) tells FoodIngredientsFirst. “The volume size of the LBG market is approximately 12,000 tons a year, predominantly for ice cream applications. Unilever and Nestle are big users, for example, and Kraft uses LBG in its cream cheese,” he notes.
“LBG is a very old product, traditionally, it’s a wild harvest where the Arabs planted the carob tree right the way through Europe, including Spain and Italy, and up until recently the farmers picked up the pods and sold them on. They then get split, and the pod goes for animal feed and the seed goes to processors to make LBC or carob gum,” explains Campbell. “Is quite an odd supply chain, every now and again, roughly every 10 years, there are speculations or shortages. There are thousands of farmers involved when we are going through another period of speculation, when seeds are very difficult to get hold of.”
During the last 10-15 years, Morocco has been expanding plantations, and beginning to become a dominant supplier of seeds. Urbanization trends in Italy and Spain have reduced the number of trees that are now available to carob – so that’s a medium to long term trend, says Campbell. “So over the last 30 years, Morocco has gone from a very small to a very dominant supplier of seeds. Most of the seeds they supply are exported from Morocco as there is only limited processing in the country,” he notes.
“Morocco is planning ahead, they want to focus on a product that is grown in their country. They are very strong in olives too, for example, which is a deliberate decision by the government to stimulate agriculture.”
“The crop also suits Moroccan climates and they are doing it in a focused way so they are actually giving incentives to investors to invest in plantations rather than leaving it to historic trees,” he adds. 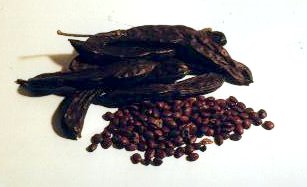 Carob takes about 10-12 years before you get any fruit, so it’s a long-term investment. “Spain and Italy have declining crops, some in Greece as well, but Morocco is the main place – what we understand is going on this year, is that there is definitely speculation going on in Morocco, there was a very little carryover of seeds from the last crop to this year,” explains Campbell. “So farmers sell to collectors, they may be holding stock back or there aren’t seeds. There’s a lot of uncertainty. But the price of seeds that were selling in July was about €2.5 per kilo, it’s now up to €6/7 per kilo. Crop harvesting starts in August, September and October, this has been going on now for a couple of months and as you saw LBG prices have jumped from about €8/9 to €16-20 euros, some of the suppliers are cancelling contracts because they didn’t have raw materials, and the situation is still emerging,” he claims.
“The LBG suppliers are trying to avoid panic but there is definitely noise and disturbance, so we are beginning to ask ‘is it all about to happen again as it did 10-15 years ago?” Campbell reveals.
Should the industry be concerned? “If I was a user of LBG, I would be looking for an alternative, or to reformulate in order to be less reliant on LBG. What Kraft do on their Philadelphia low-fat cheese, is say this product may contain xanthan, LBG, and or guar on the ingredients list and they have formulations to move around depending on what product is more expensive, so they will start switching to a low LBG content – that is something they have done in previous years,” he notes. “We will be talking to ice cream users, about some ideas that we have to help with the formulation.”
What could be the next best alternative? “Well there’s a guar, that Unilever developed 25-30 years ago which has come to be commercially available from India. It hasn’t got the capacity to step into the breach but it can be used as an alternative,” replies Campbell. “Because of the LBG issues, Unilever created this product, so that technology is available and should be encouraged to stop the gap.”
The ice cream sector will clearly be an area that will experience some issues, due to the LBG shortages, according to Campbell. “Tara can be used as an alternative, it is available but again, maybe not in the size that could be needed. That is a big issue, last time LBG went from about €7 to €16/17 in the last shortage. It wasn’t the end of the world, but it was very uncomfortable for many.”
“This will put pressure on the tara suppliers, but most already know that you can switch these formulations pretty easily. So that may cause tara prices to go up. So far we haven’t seen it, but certainly the tara producers will be smiling, and there will more than likely be pressure on price.”
Elsewhere in the hydrocolloid industry, the carrageenan issue is upon us. “There seems to be a shortage of seaweed in Asia, down colder weather in Indonesia, so seaweed prices have jumped,” Campbell states. “The carrageenan scare in North America happened in Europe the 90’s and a similar thing is happening now. However, it isn’t based on facts, but consumer concern is driving reformulations in that area.”
For Campbell, within the hydrocolloids space, in general, there seems to be a constant demand driven by fat reduction. “Drivers behind this in the UK are down to the fact that the traffic light system is being used on consumer products. If you are going to have a formulation that has a 'red' there will be a formulation going on somewhere to get rid of it – so that’s an opportunity for hydrocolloids in that space,” he reveals.
Fat and sugar reduction are two of the main drivers behind hydrocolloid growth and are big issues in the industry. According to Campbell’s there are plenty of opportunities for reformulation using hydrocolloids. Watch this space!
By Elizabeth Green

With players in the food industry consistently carving out pathways for flavor and functional innovation, ingredient suppliers offer aid in the discoveries of new and... Read More