You are in : All News > Genome-editing and tackling food scarcity: Ingrained European attitudes need to change, says research

02 Apr 2019 --- Genetically engineering our food may prove to be a viable route for alleviating crop shortages in areas of the globe prone to arid conditions as a result of climate change. In addition to offering a reduction in harmful pesticide use, these solutions can make crops more resilient and fertile.

This is according to an international team of researchers at the University of Göttingen, Germany, who have advocated a progressive stance on the emergence of new plant breeding technologies (NPBTs) – particularly genome-edited crops – in an article published in Science. The researchers also decry how strict regulatory policies in Europe are inhibiting these practices.

In July 2018, the European Court of Justice issued a ruling to regulate genome-edited crops in the same way as GMO's – a move that disappointed researchers by limiting the applicability of newly emerging biotechnologies for crop improvement. In November of last year, the ruling was met with backlash from the scientific community who came forward in support of a call for amendment by the Netherlands Ministry of Infrastructure and the Environment. 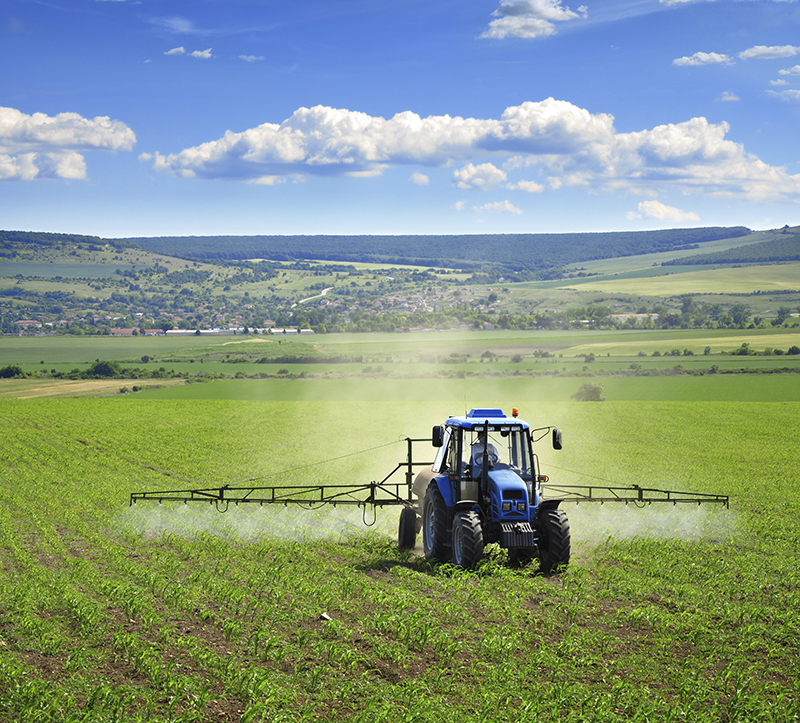 Click to EnlargeSafer methods of genetically modifying crops
The study notes that the toolbox of plant breeders is expanding in a number of exciting ways. Authors of the report have been keen to distinguish genome-edited crops from transgenic genetically modified organisms (GMOs), as the latter has been subject to scrutiny for its potential to disrupt natural ecosystems through contamination by foreign transgenes. Genome editing changes – or “switches off” – certain DNA sequences in a very precise way that enables the plant to become more resistant to pests and diseases and more tolerant to drought and heat – without introducing foreign genes to the organism.

Researchers emphasize that it is absence of transgenes in genome-edited crops that could lower the costs of regulatory procedures. This could speed up the innovation of farming applications, increase competition in the seed industry and make improved seeds more affordable for farmers in developing countries.

Facilitating a mentality shift in the global farming sector
Public-private partnerships between intergovernmental organizations and agribusiness companies have been heavily touted as a way to share GM technology with developing nations. Through such initiatives, plant produce and seeds from more advanced developing countries may be delivered regionally to neighboring less-developed neighboring countries that would otherwise have limited access to NPBT's or would have to pay much higher prices.

Through such a public-private partnership, Bangladesh has already completed the development and commercial release of transgenic insect-resistant eggplant. The Water Efficient Maize for Africa (WEMA) project is yet another example of a successful initiative, in which drought-tolerant varieties of corn are being developed with the intention to make these available, royalty-free, to smallholder farmers through African seed companies.

Speaking on the topic of worldwide propagation of these new technologies, Dr. Qaim explains, “The speed of the developments will depend on regulatory approaches. With efficient approaches and international cooperation, interesting applications could be ready for use by smallholder farmers in Africa and Asia within the next five years.”

When stringent regulation becomes a limitation
Scientific and sociological advancements are not always met with proportional success, however. The report states that many farming industries in Africa and Asia are hesitant to promote the use of genome-edited crops. This is largely because of erroneously perceived risks and fears of losing export markets to Europe, which maintains a conservative grip on the on the subject matter. These two continents have been identified as regions that suffer immensely from the effects of climate change.

China, India, Pakistan, Bangladesh, and South Africa are listed among the few emerging economies that are exploring the untapped potential of genetically modified crops in raising agricultural productivity. Elsewhere, shortfalls in technical, regulatory, and communication capacities has made it difficult for other nations to a adopt ready stance towards implementing these technologies.

The researchers are hopeful that progress made in the discovery of NPBT’s will help dissuade fears surrounding the stigma of genetically modified crops, subsequently opening new doors for practical solutions to ending hunger in developing nations.

11 May 2021 --- Israel-based TomaTech has filed for a provisional patent, which will help it accelerate the commercialization of tomatoes resistant to Tomato Brown Rugose Fruit... Read More

15 Feb 2021 --- US-based Vejii Holdings will be the exclusive release platform for plant-based meal replacement product Heal. The product’s online launch is inspired by a... Read More

09 Feb 2021 --- Scientists in China and Japan have developed a method to increase paddy field-grown rice yield by over 30 percent while sequestering more CO2 and using less... Read More

04 Feb 2021 --- Sternchemie, a Germany-based lecithin provider, is addressing the growing demand for transparency and higher quality expectations among consumers for lecithin... Read More