You are in : All News > Genome editing: Advances in technology spur calls for EU law amendments around GMOs 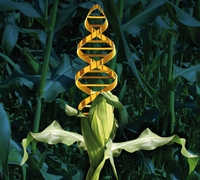 06 Nov 2018 --- Researchers have come forward in support of a recent proposal from The Netherlands Ministry of Infrastructure and the Environment, to amend the EU Directive, on the deliberate release into the environment of genetically modified organisms (GMOs). The move questions whether the current regulatory framework for GMOs is adequate in the light of emerging technologies in the field of genome editing.

In an article, published in Trends in Biotechnology, researchers funded by among others the Swedish Foundation for Strategic Environmental Research (Mistra) argue that new plant breeding techniques (NPBTs) developed over the past two decades have provided ample possibilities for efficient and elaborate plant research and trait development. However, diverging stakeholder opinions and politically motivated arguments have left policy-makers in the EU bereft of license to decide on their status in relation to existing regulations.

“There are many of us speaking for the plant scientific community in Europe who are not quite happy with the current situation for the regulation in the European Union. This includes recombinant techniques for classic GMOs, but also how newer technologies such as CRISPR will be potentially regulated,” Dennis Eriksson from the Department of Plant Breeding of the Swedish University of Agricultural Sciences tells FoodIngredientsFirst. “What that basically means is that we have specific legislation for GMOs and we have a political environment for risk management that has caused a lot of problems for the past twenty years. We have a political deadlock, which has led to a regulatory deadlock for the authorization of products from GM crops. That is not always based on risk assessment or scientific evidence related to risk assessment.”

The Dutch proposal does not seek to reconcile the different interpretations of the GMO definition per se, but merely recommends a set of criteria to replace the list of techniques – used to create a GMO. The proposal is not free from complications. Some stakeholders are reluctant to open up the EU GMO legislation for amendments because such a process could take many years, during which the plant research and breeding sector would lack a clear vision for commercial applications. Opening up the Directive might also lead to increased regulation of so-called “conventional breeding techniques,” which would be detrimental to the entire seed sector, researchers argue.

“One way is to address the issue of the GMO definition because the current legislation really poses a lot of questions about it. And there is some interpretation that was offered by the court in July, a process rate interpretation, meaning that they look basically at what kind of techniques are applied in the process of developing plant crops. It is less about what is happening genetically in the final plant,” Eriksson explains.

The move would be about gaining greater clarity around the composition. “So one thing that is being discussed, that was originally proposed by the Dutch government, is to provide criteria for the exclusion from the GMO regulations and clarifying that certain genetic novelty has to be present in the product for it to be regulated as a GMO. This is basically about providing a better definition by looking at the final product and not the process,” says Eriksson.

Advances in scientific research, with the onset of CRISPR technology [that can be used to edit genes within organisms] and others, mean that more breakthroughs than ever before are being made in the field of genetic coding. For example, in August 2018 The International Wheat Genome Sequencing Consortium (IWGSC) published a detailed description of the genome of bread wheat, the world’s most widely cultivated crop in the international journal Science. This work will pave the way for the production of wheat varieties better adapted to climate challenges, with higher yields, enhanced nutritional quality and improved sustainability. But regulation is far behind this evolving field of science and the EU, in particular, has been very skeptical when it comes to genetic modification.

For many of the products that very developed through genome editing, it is no longer possible to distinguish them from products created through conventional breeding. This creates a traceability minefield. “What this means for international trade is that we have a lot of products developed at the moment in both North and South American countries that will be shipped in the EU but there is no way of tracing them and they will not be labeled. So we will have a regulation in the EU that will not be enforceable. And that will trigger change”, says Eriksson.

The researchers are currently raising this argument with the policymakers. Eriksson stresses that there are specific types of crops for which this discussion is a bigger issue than for others, namely soybean and wheat. “Soybean has been developed and deregulated in the US. Wheat is in the pipeline. They are knocking the door of the EU,” he stresses.

One solution being discussed at an EU level is the molecular tagging of genome edited crops, which is a costly and challenging strategy. “What was mentioned in an EU Commission Ruling is that they would encourage the development of a system of molecular tagging in the process. So the developer should include a molecular tag so that we can trace it,” he notes.

But this would surely raise the question of what the incentive would be for a producer to invest in something that would actually negatively impact their commercial interests. The debate around GM foods has reigned in Europe for over two decades, with moratoriums in place for various seeds. These advances in technology are only leading to an intensification in discussions about how enforceable regulation will be in the future. The recent European drought will surely also cause renewed discussions around the benefits that drought-resistant crops created through GM technology could bring to the region in the future.