You are in : All News > From desert to shelf: Aduna’s superfruit baobab crop holds mass application potential, exec details 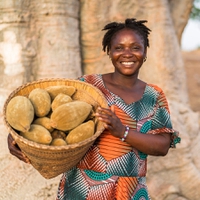 27 Mar 2020 --- UK health food brand Aduna has partnered with the African Union-led Great Green Wall flagship initiative to build a global value chain for baobab. The African superfruit is estimated to be worth US$1 billion to rural Africa, sustaining the livelihoods of ten million households. In this exclusive FoodIngredientsFirst interview, Andrew Hunt, Co-Founder and CEO of Aduna, speaks in detail about the economic value of an integrity-driven business model, which synergizes land restoration and income generation. The partnership now seeks to bridge local Sahelian producers with the global market to create “green jobs” with the nutritious and flavor-packed indigeous tree crop with potential as a mass marketed ingredient. 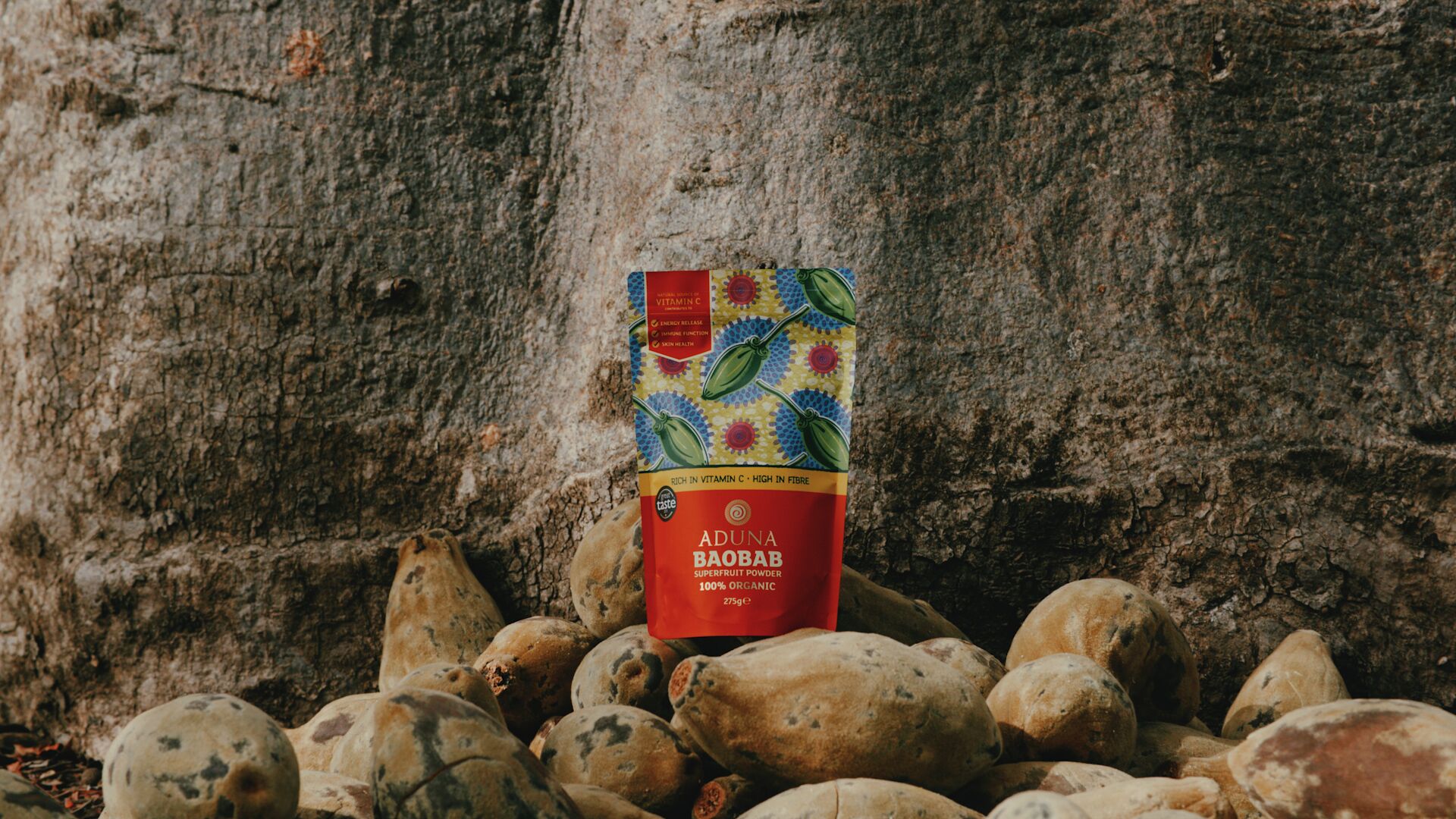 Aduna’s baobab product.Aduna has championed the baobab as part of the solution to many of the Sahel’s regional challenges since introducing the superfruit to the UK market in 2012. The crop is an emerging ingredient that taps into Innova Market Insights’ “A Star is Born” trend, which ranks eighth among the market researcher’s Top Ten Trends for 2020. Formulators this year are expected to experiment with novel and unusual ingredients with clear benefits that consumers can easily understand through brand storytelling, which is another prominent theme of this year that Aduna’s baobab business leverages well.

“We’re still in the early stages of the evolution of the baobab market. What Aduna has been doing successfully is educating the early adopters in the consumer market about the product – vegan, vegetarians, raw foodies, yoga moms and health and fitness fanatics. We spent the last seven years in the UK and also parts of Europe educating parts of the market about baobab,” Hunt explains.

As a result of these efforts, the ingredient has been seen on the radar of many F&B manufacturers as an on-trend, functional plant-based ingredient. “We’ve started to see a lot of product development. Here in the UK for example, baobab has been used by a named ingredient on the front-of-pack by brands including Waitrose, Marks & Spencers, Innocent Drinks and Actimel (Danone),” says Hunt.

Speaking in terms of the global commercialization of the superfruit, he notes that most regulatory hurdles have been overcome. “It was granted Novel Food status in the EU in 2008. It’s also Generally Regarded as Safe (GRAS) in the US. In Asia, it’s still going through the Chinese novel food system, so that’s a big market that could open up. I think what baobab could really benefit from the most are potential clinical trials, particularly looking into the prebiotic fibers for digestive health and also it’s fiber’s functionality in glucose regulation.”

“Particularly when we come out the other side of this COVID-19 crisis, companies are even more so going to be looking at how to make a positive impact. So if you could have a confectionary bar, that just by doing its normal everyday business of selling its product, has plugged in five thousand communities – that would be amazing,” he notes. 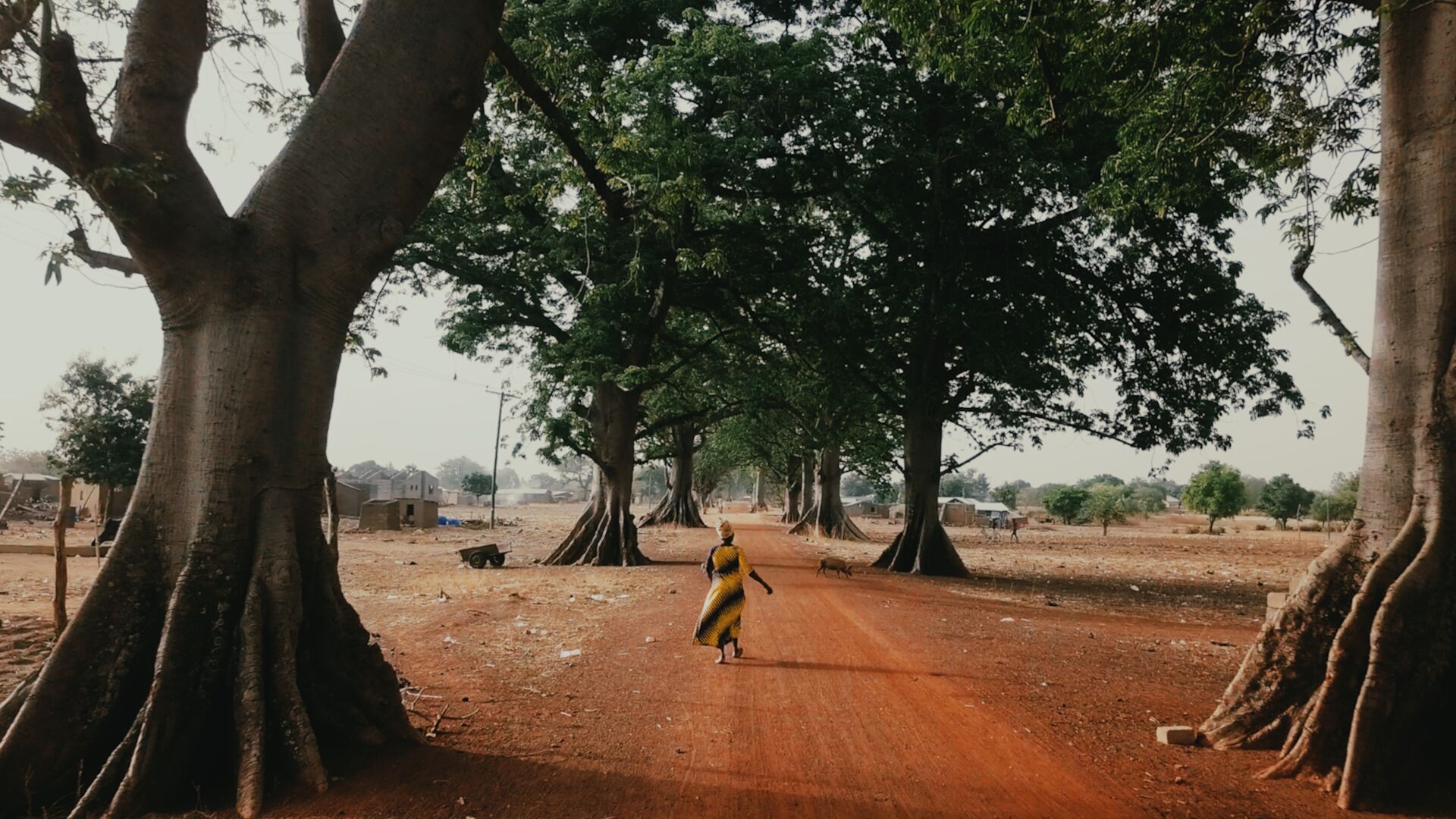 One baobab tree sequesters more carbon than a whole acre of acacia trees.Sequestering carbon emissions
Aduna takes into consideration two main activities of conserving of existing baobab trees and the propagating of new trees. “They’re both important, but the former takes priority. Because even if we look at any type of environmental conservation we have to start by looking after what’s already there, and then supplement that by adding new trees,” says Hunt.

Baobab trees grow in 32 African countries and are prolific in the Sahel. Drought-resistant, they thrive in even the most degraded land, sequestering carbon and fighting desertification caused by water and soil erosion. Baobabs are community-owned and produce a highly nutritious fruit in the middle of the dry season. The fruit is so abundant that the majority currently goes to waste. Therefore, selling surplus fruits creates valuable income for households.

“If it were a different type of product that could be cultivated in a short period of time, you would just have big monoculture plantations. In northern Ghana, we have been building the value chain because there are a lot of things that are needed in terms of harvesting equipment, such as tricycles to help the transport of heavy bags of fruit and organic storage areas,” remarks Hunt.

Aduna’s joint pilot project with Great Green Wall has expanded its baobab processing center by investing in new machinery, creating a “Sahel Innovation Centre” to enable the experimentation and piloting of other under-utilized crops grown using the same business model. As well as preserving new seedlings by assigning greater value to the fruits, 12,000 new baobab trees have been planted for future generations.

“We have massively scaled up our production of baobab. These large ancient trees sequester a huge amount of carbon because they’ve got a very wide trunk and large span. One baobab tree sequesters more carbon than a whole acre of acacia trees. But they have been at risk of being chopped down and replaced with cash crops because, historically, they don’t have economic value. Where trees aren’t seen to have economic value, they often get chopped down by the communities themselves,” he details. 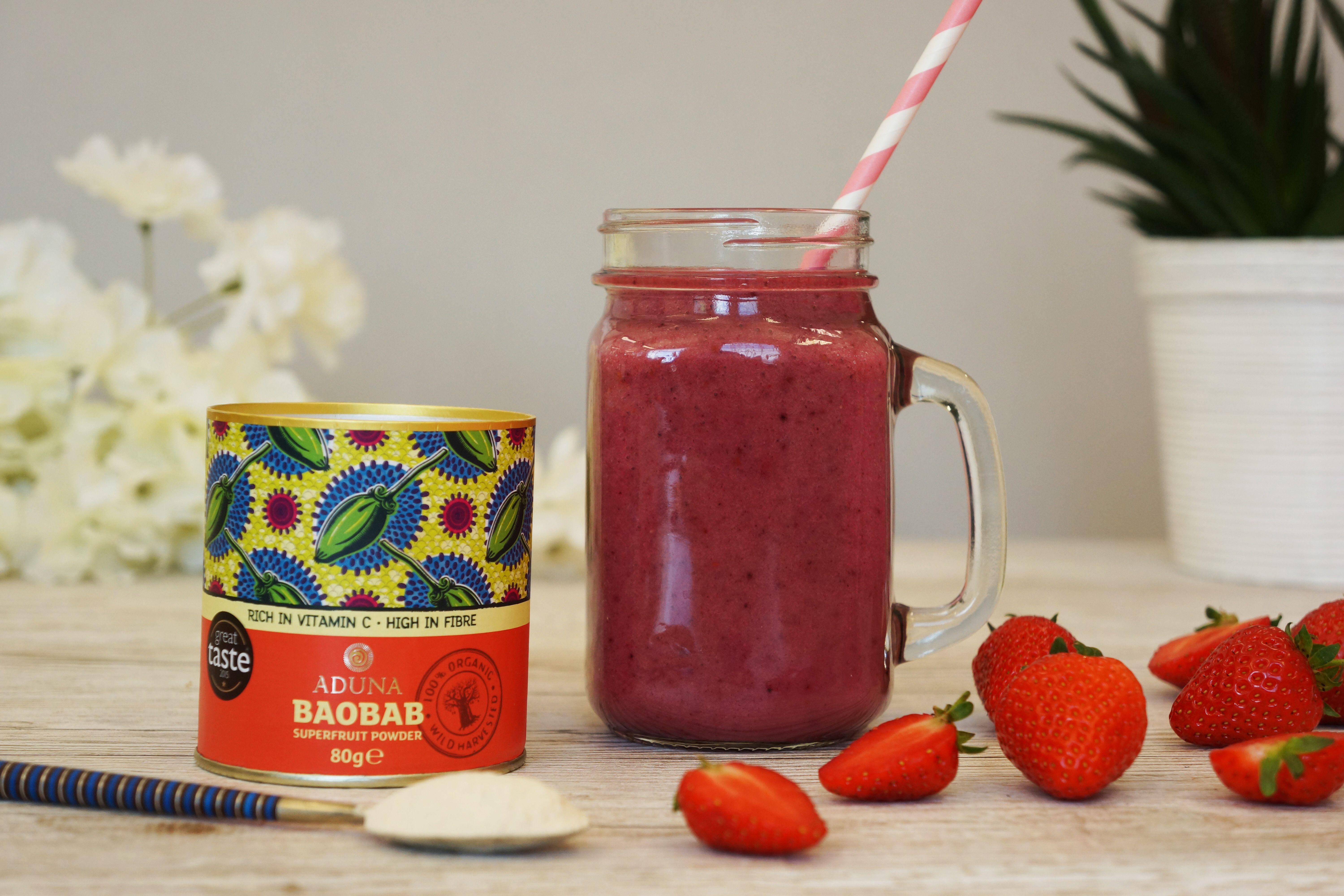 Baobab smoothie.Harvest for humanity
As an overarching target, Great Green Wall targets the cultivation and preservation of an 8,000km wall of trees across the African Sahel, regenerating land, creating jobs, bolstering food security and preventing migration. The pilot project expanded Aduna’s existing baobab fruit value chain in Ghana and Burkina Faso, increased the capacity of its processing center and implemented a land restoration program. Results to date include the planting of 12,000 baobab trees, which sustains the livelihoods of 1,823 women from 44 communities.

“This is this business model that Aduna is working toward – not baobab as a low-value commodity, but baobab as a value-added commodity that delivers on plant-based, functionality, digestive health, regenerative agriculture and social impacts,” he concludes.

Research published in the Journal of Cell Host & Microbe is furthering interest in human breast milk and its therapeutic applications for the gut microbiome. Opening... Read More