You are in : All News > Enough breaks ground for the world’s largest fermentation-based mycoprotein facility

16 Sep 2021 --- Food-tech company Enough (formerly 3F BIO) has broken new ground on the construction of its “first of its kind” protein factory, targeted as the world’s largest non-animal protein farm to be built in 2022. The factory will have an initial capacity to produce 10,000 metric tons of mycoprotein per annum, the equivalent of more than five cow’s worth of protein every hour.

The 15,000 square meter facility is co-located alongside the Cargill facility in Sas van Gent in the Netherlands.

The location and collaboration with Cargill will ensure the most efficient feed source, as well as supporting zero-waste advantages of Enough’s product. The investment initially creates 25 new jobs and this will double with plans for more than 50,000 metric tons of capacity by 2027.

“Demand for non-animal protein is forecast to grow at 15,000 metric per day for the next 5,000 days,” highlights Jim Laird, CEO of Enough.

“Enough uses scalable technology to contribute towards this protein transition, and work with customers who share our hunger and passion for great tasting products that taste as good as and cost not more than the animal alternative.” 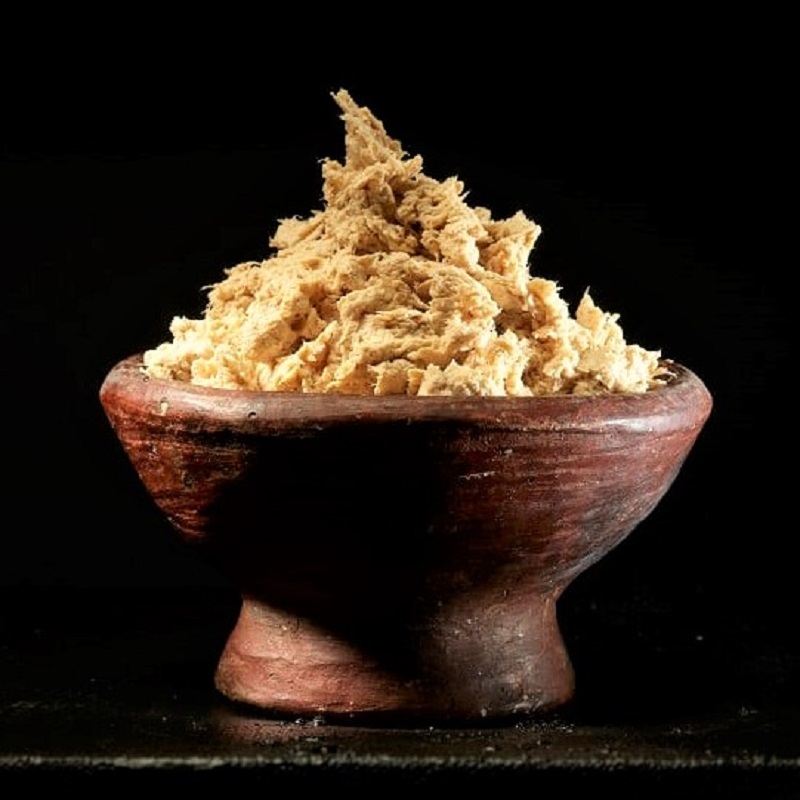 Using fermentation to meet future food protein needs is already widely recognized as being the most effective solution to feed a growing planet. Over the last year, the process has been trialed by other industry players to convert industrial carbon dioxide emissions into high-grade proteins for human and animal consumption.

“As global demand for protein continues to rise, this collaboration with Enough serves as another avenue to help realize our mission of nourishing the world in a safe, responsible and sustainable way,” remarks Franck Monmont, managing director for Cargill’s Starches, Sweeteners and Texturizers business in Europe.

“At Cargill, we are committed to bringing alternative and traditional protein source options to the table. We see Enough’s mycoprotein as a valuable and sustainable alternative source of protein and are looking forward to our collaboration in the years to come.” 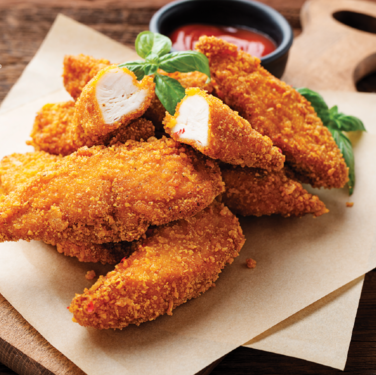 Plant-based chicken tenders made with Abunda mycoprotein. (Credit: Enough)Inaugurating the new facility
Enough’s new facility is one of 11 Flagship projects which have support from the circular Bio Based Europe Joint Undertaking (BBI JU), which is seeking to enhance sustainability and create new bio-based jobs and products.

The flagship facility has received €16.9 million (US$19.8 million) funding as part of project Plenitude, which involves partners from the full food value chain.

“The Plenitude project addresses some of the fundamental challenges of our times addressed by the European Green Deal, in particular those related to climate mitigation and food security,” says BBI JU executive director, Philippe Mengal.

Enough will be participating at the UN Climate Change Conference COP26 in November of this year, where it will highlight the merits of a high scale impactful solution as part of the accepted need for a protein transition.