08 Nov 2019 --- African swine fever (ASF) is expected to lead to the first decline in world meat production for the first time in over two decades, while the use of cereals could grow at a pace exceeding population growth. This is according to the UN’s Food and Agriculture Organization (FAO) Food Outlook report, which also highlights that the US$45 billion global production market for bananas and plantains is still at risk due to disease threats. These shifts are a reflection of the changing world, as industry struggles to prepare for feeding an expected population of ten billion by 2050.

Although pork typically accounts for over a third of worldwide meat output, the outbreak of ASF has buckled output in China by at least 20 percent. These effects are widely felt as the country typically accounts for nearly half the world’s pork production. This means that the production of bovine, ovine, poultry and pig meats is forecast to drop by 1 percent to total 335 million metric tons in carcass weight equivalent. In Europe, improved surveillance, communication and collaboration are key to controlling the spread of ASF, the European Food Safety Authority (EFSA) highlighted this week.

In contrast, China’s poultry output has been rapidly ramped up and is expected to grow by 17 percent year-on-year, containing the country’s total meat output decline to 8 percent. Global poultry production, which accounts for 39 percent of total meat output, is expected to grow this year, with increases anticipated Argentina, Brazil, the EU and the US. This is also in line with the production of bovine and ovine meat, with overall trade in meat products expected to grow by 6.7 percent this year, compared to a slowing trend observed for many food commodities.

This could be a symptom of a shift toward plant-based diets, as highlighted in Innova Market Insight’s number two trend for 2020, “Plant-based revolution.” The market researcher reports a 68 percent average annual growth in food and beverage launches with a “plant-based” claim (Global, CAGR 2014 to 2018).

However, milk production is expected to expand by 1.4 percent. Dairy herd expansions in India and Pakistan are accounting for almost 90 percent of the increased volume, highlighting the plant-based trend’s potential for further penetration.

Additionally, global fish production is predicted to remain unchanged from 2018, with a 3.4 percent decline in capture fisheries offset by a 3.9 percent increase in aquaculture harvests. Trade in fish is predicted to drop, although imports to China are expected to increase substantially.

Despite a growing global consumption of sugar, production is still set to drop by 2.8 percent next year. “This is as an effect of lower output in India, the world’s largest sugar producer, as sugarcane planted area declines. Likewise, production is expected to fall in Thailand, the world’s second largest sugar exporter, on the back of protracted dry conditions, and in Australia, the world’s third largest sugar exporter. Increases in Brazil and Colombia are not expected to offset the foreseen shortfalls in the other main producing regions. Therefore, a combination of unfavorable weather conditions and lower international sugar prices are seen to impact on the downside world sugar output,” El Mamoun Amrouk, a sugar economist at FAO tells NutritionInsights.

Meanwhile, global oilseed production is anticipated to contract for the first time in three years, largely due to expectations of a contraction in soybean plantings and lower yields in the US, as well as weaker prospects for rapeseed in Canada and the EU.

Bananas at risk
The report also predicts that the Tropical Race 4 (TR4)’s gradual spread is likely to take its greatest toll in Asia, and would entail a 2.0 percent drop in global output, the loss of 240,000 direct jobs and induce a 9.2 percent rise in the global reference price for bananas by 2028. 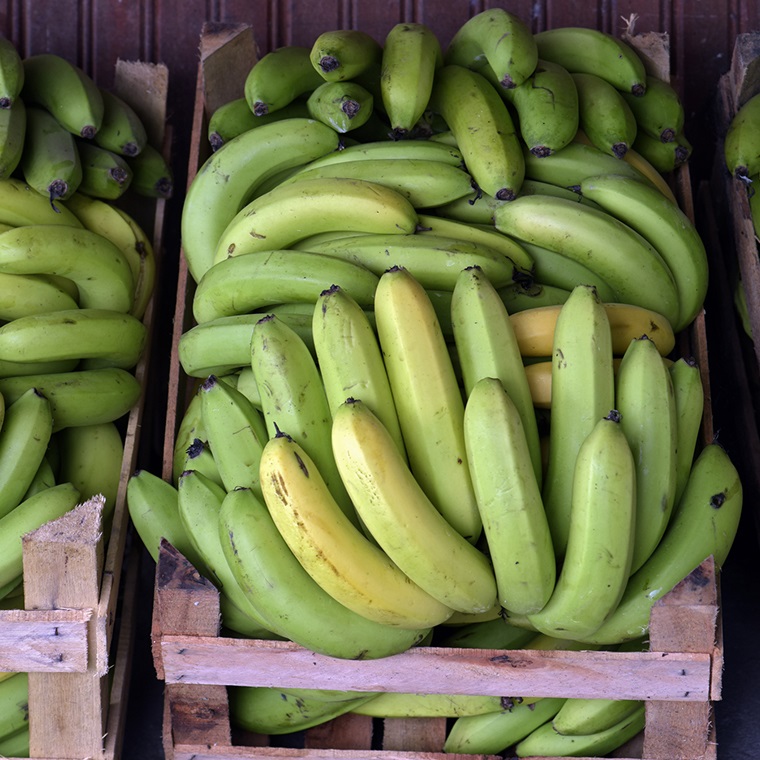 While the Cavendish accounts for most of the fast-growing world trade in bananas, it is not the most popular variety for local consumption.

This could mirror the damage done by an earlier Fusarium wilt variety that devastated the Gros Michel banana variety in the 1950s, triggering billions of dollars of trade losses and leading to its replacement by the Cavendish. Fusarium wilt fungi are particularly severe as they remain in the soil for decades, leading farms to be abandoned and catalyzing pressure to expand banana cultivation in new unaffected lands.

As TR4 affects varieties beyond the Cavendish, the strain poses particularly elevated risks. While the Cavendish accounts for most of the fast-growing world trade in the fruit, it is not the most popular variety for local consumption. Bananas can provide up to 25 percent of daily calorie intake in rural areas of some countries, such as Angola and Rwanda.

FAO highlights that the wide-ranging potential ramifications of TR4 spreading necessitate “elevated vigilance” at production sites around the world. Additionally, research into preventing and mitigating the disease should be invested in by both exporting countries and by the developed countries that import some of the 100 billion bananas eaten each year, says Sabine Altendorf, FAO’s Tropical Fruit Economist.

Wageningen University & Research recently developed the Loop-Mediated Isothermal Amplification assay, touted as being an extremely quick and practical innovation that helps identify Fusarium wilt before it can cause further havoc.